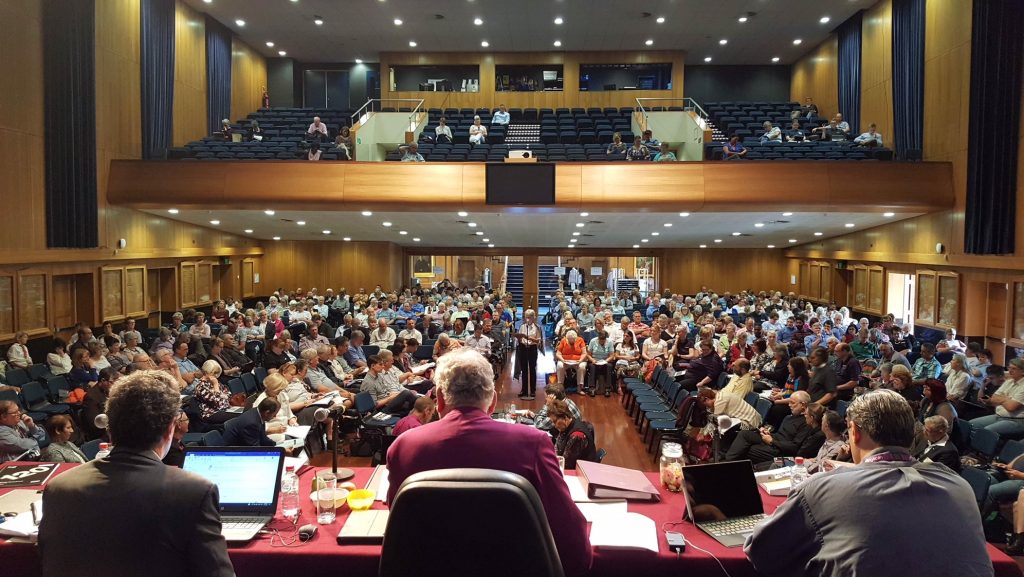 Synod 2018 in session at Churchie

The Second Session of the 79th Synod of the Diocese of Brisbane saw 470 people registered for the annual gathering on 5-7 October, which was again held at Anglican Church Grammar School (Churchie) in East Brisbane.

The event began on Friday evening where representatives gathered at St John’s Anglican Cathedral for the Eucharist Sermon, delivered by The Most Rev’d Dr Phillip Aspinall, Archbishop of Brisbane.

The service was followed by the first working session, which concluded around 9.30pm and then resumed less than 12 hours later on Saturday morning at Churchie.

The session opened with the President’s Address, where Archbishop Aspinall officially welcomed representatives and spoke for over an hour about the challenges facing the Diocese in the aftermath of the Royal Commission, as well as more broadly about the contemporary issues for the Anglican Church.

Watch our Synod 2018 videos, including highlights of the Archbishop’s address, and hear what representatives have to say.