Standing high on the hill at Woolloongabba, there’s plenty of symbolism in the name, Holy Trinity Parish, as it celebrates its 150th anniversary.

The parish has well and truly stood the test of time, natural disasters and destruction. In fact the current church is the third structure that has stood on the site!

The original wooden church, built in 1870, was destroyed by a major storm in October 1874.

The church was re-built in 1875. That building stood proudly until 1929 when it was destroyed by a major fire, although the cause and origin of the blaze were never found. 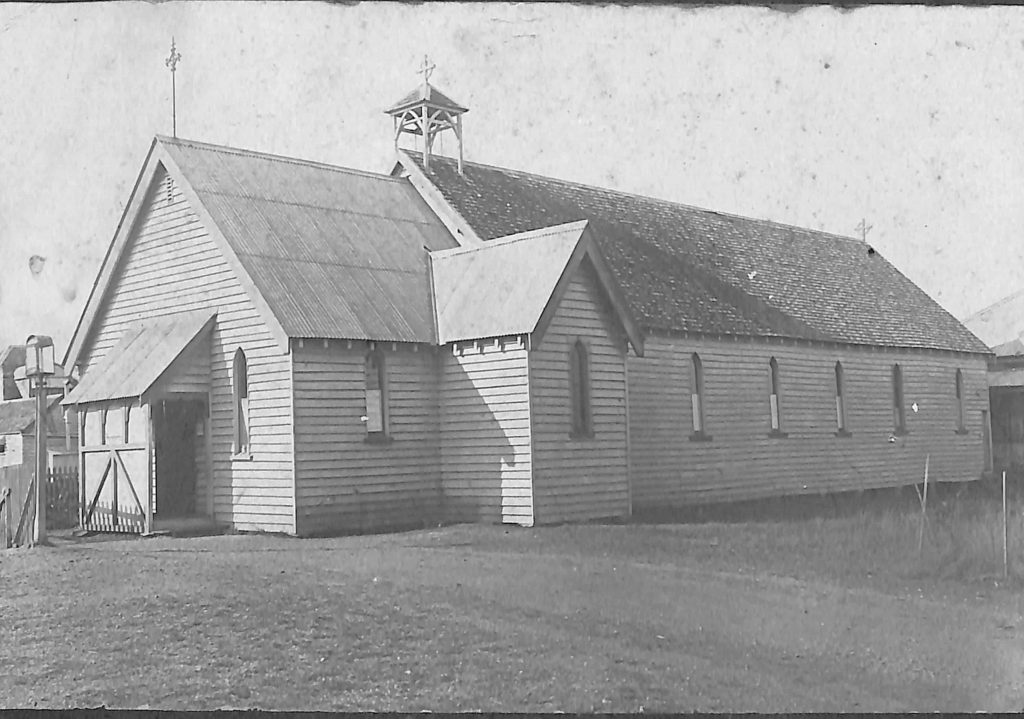 The foundation stone for the new (current church) was laid on 2 March 1930 and a rapid and efficient building program saw the new place of worship completed in just seven months.

A report in a Brisbane newspaper in 1930 described the newly built church as follows:

“Crowning the highest part of Hawthorne St…the Church of the Holy Trinity, which has been designed in Italian Romanesque style (and strictly conforms with 11th century style work), commands, sentinel-like, a view of the entire parish; the white tower, flood-lighted at night, standing 25 metres above the street level.”

In 2014 the church and hall were both badly damaged by the wildly destructive November storms which hit Brisbane. The repairs cost close to $1 million and took over 12 months to complete. The organ suffered water damage and roof tiles had to be imported from Spain to match the existing tiles.

The 150th Anniversary incorporates several events over many months, culminating in the major event, the service yesterday on Trinity Sunday, celebrated by the Anglican Archbishop of Brisbane, The Most Rev’d Dr Phillip Aspinall.

In addition to the Service of Celebration, the Archbishop confirmed a parishioner – 56-year-old Matthew Rintoul. The music for the day was led by the Churchie Strings and ‘The Unchanged Voices’, Choir both from Church of England Grammar School.

The parish also buried a time capsule dedicated by the Archbishop to be opened in 2069. Items in the time capsule included: 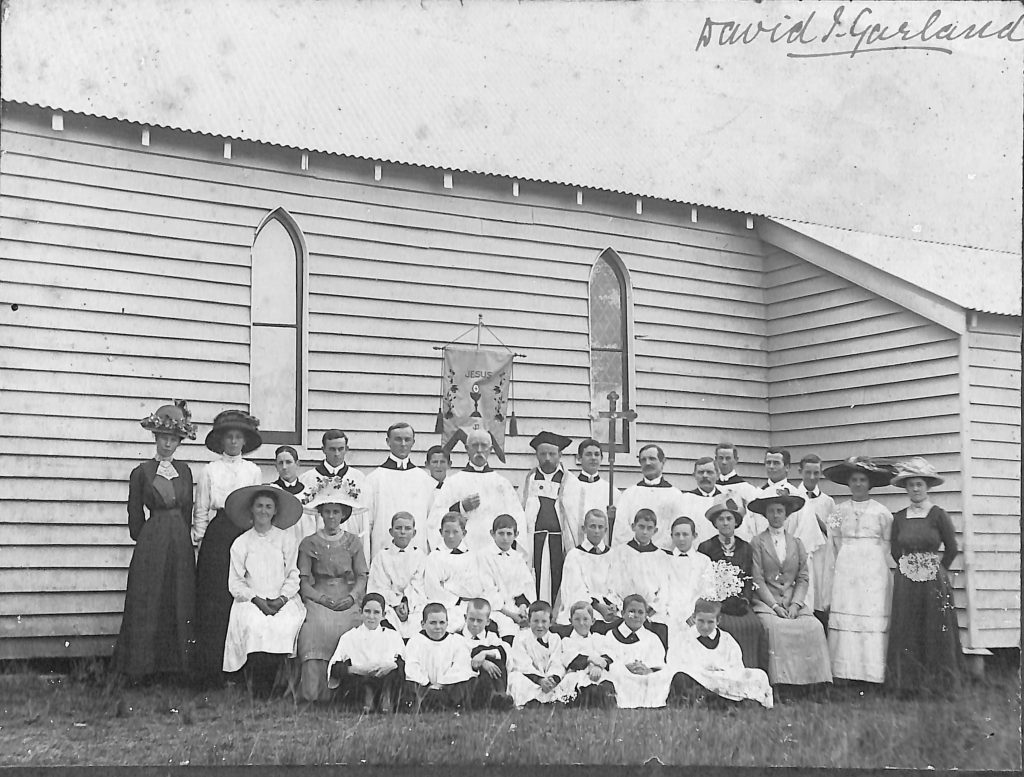 The Rev’d Ron Paschke, who has been Priest-In-Charge at Holy Trinity Church since 2008, said the parish and the church had shown incredible faith, courage and determination over the years to reach such a milestone.

“Over the past four years the demographic has changed in our parish with quite a lot of units being built that has meant that several younger families, along with several couples from newly built retirement homes, have joined the parish family,” The Rev’d Paschke said.

“This has injected new life and new energy into the parish and resulted in it once again becoming viable in finance and numbers attending services.

“One of the great joys is the number of babies being born into the parish family. We are literally growing a Sunday School from within.

“With the influx of younger members, we have found ourselves in a position to reach out into the community around us. We recently held a fair in the grounds, which saw many locals come and visit the Parish, in most cases for the first time.”

“Not only has the demographic changed since 2008 when I joined as Priest-In-Charge, but there is now a sense of real optimism about the future.”