High-profile Brisbane Anglican Archbishop The Most Rev’d Dr Felix Arnott was so passionate about cooking and food that one of his final acts was to plan a special meal to follow his funeral.

Author Liz Harfull tells this intriguing tale in a new collection of stories and carefully revised classic recipes, which has been short-listed in the prestigious international Gourmand Awards, the food culture equivalent of the Olympics.

Harfull’s book Tried Tested and True celebrates Australian home cooks and volunteers who changed their communities through the simple act of sharing recipes in community cookbooks.

Ms Harfull said that she researched around a century’s worth of community cookbooks, containing trustworthy family recipes.

“My focus was cookbooks produced to raise money for worthy causes, covering a period of about 100 years, starting in the 1890s,” Ms Harfull said.

“Many of them were humble publications, but they came with a promise – people knew the recipes would be reliable because they were usually donated by home cooks with a reputation for excellence.”

The Adelaide Hills author said that she eventually selected about 60 community cookbooks to feature, with each comprising a chapter, including Fathers’ Delights, published in 1978 to raise money for the Diocese of Brisbane Development Fund.

“In the case of Fathers’ Delights, the cover says the recipes came from ‘the Wives of Anglican Priests in the Diocese of Brisbane’, but Dr Arnott also provided two of his own, as well as writing the foreword,” she said. 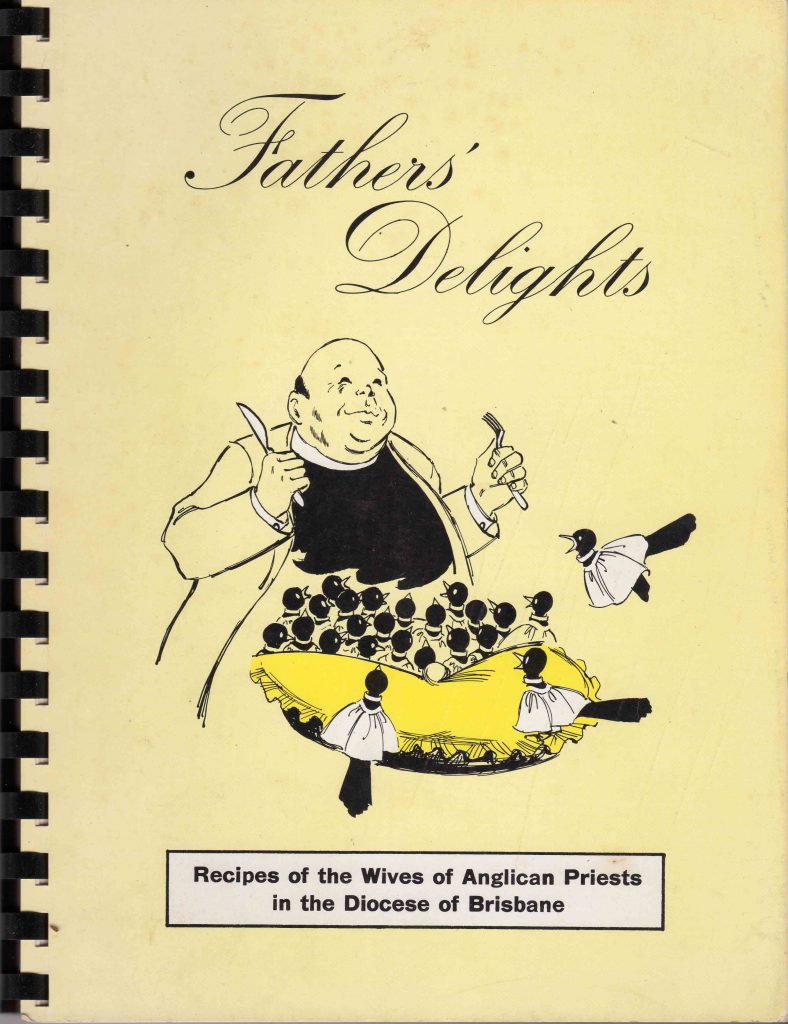 The cover of Fathers’ Delights

Ms Harfull discovered a considerable amount about the Archbishop’s cooking expertise thanks to a detailed profile published in The Australian Women’s Weekly just before the cookbook was released.

She also had considerable assistance from the Anglican Church Southern Queensland’s Records and Archives Centre, which provided information about his career.

Dr Arnott apparently took up cooking in a serious way after he was made Archbishop of Brisbane in 1970 and a new kitchen was installed in his residence.

Ms Harfull said that a story from his daughter, Felicity, relayed by the Women’s Weekly, suggests Dr Arnott was fond of the French-inspired style of nouveau cuisine popular in Australia in the 1970s.

“Left in charge of feeding his four children one day while his wife, Anne, was away, he served them stuffed cucumbers topped with prawns and caviar, chicken cooked in orange sauce, and an immaculate coffee mousse,” she said.

“One of his colleagues said that Dr Arnott often paid as much attention to the detail of the food and wine to be served when there was a meal prior to a meeting, as he would to the business agenda.

“So perhaps it is not really surprising that he carefully designed a meal for about 20 selected guests, to be served at the Brisbane Club, after his funeral in 1988.”

Overall winners of the Gourmand Awards will be announced at a special ceremony in Macau on 4 July 2019.

Described by their Paris-based organisers as the food culture equivalent of the Olympics, the annual awards honour the best food and wine books, magazines, digital content and publishers from around the world.

The 2019 round attracted thousands of entries from more than 200 countries.

A long-list of finalists was announced late last year, with Ms Harfull’s book named the Australian winner in two categories – best book based around an aspect of food heritage, in which it is now short-listed for the Gourmand Awards, and best easy home recipes.

Published by Allen & Unwin, Tried Tested and True is available through Australian bookshops (RRP $39.99) or direct from the author. For more information visit, www.lizharfull.com. 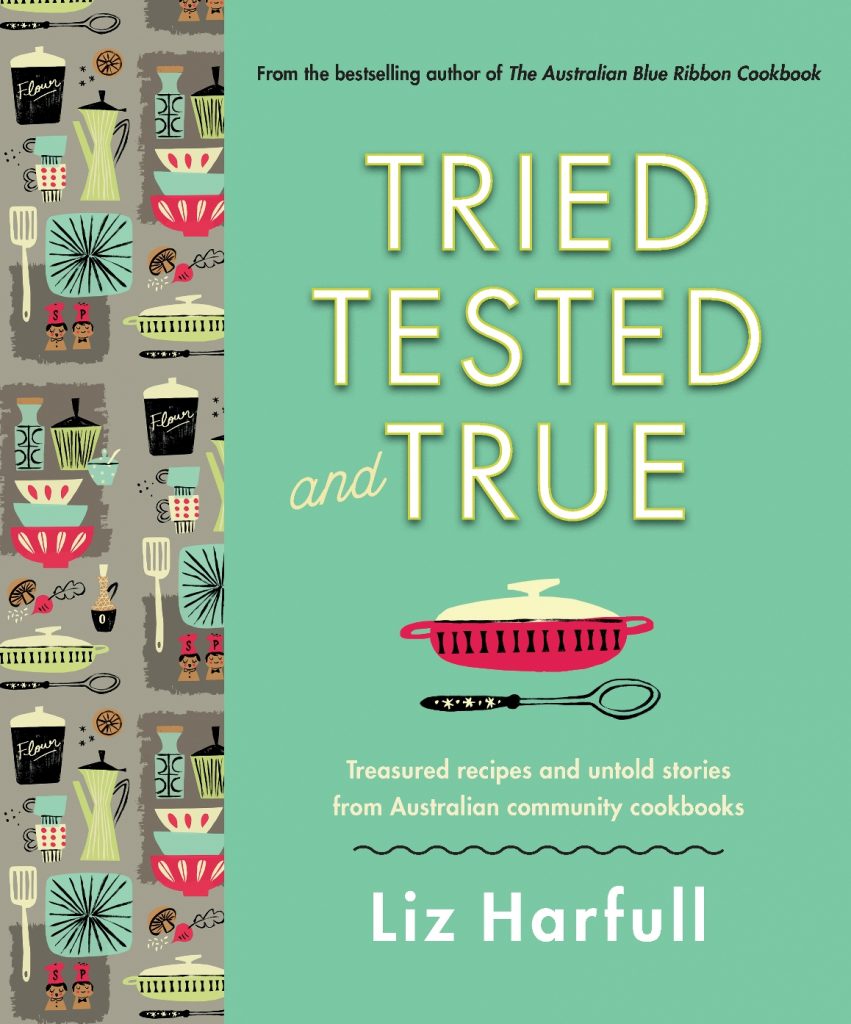 The cover of Liz Harfull’s book, Tried Tested and True