Before 18 July 2020 the Hokkaido Bulker, a bulk ship carrying a load of fertiliser to Brisbane, was just like any other ship carrying commodities around the globe. Operated on a 24/7 basis by a small multi-cultural group of seafarers who spend periods of between nine and 12 months at sea away from their families, the vessel would normally just come and go without being noticed. However, on this occasion, one crew member onboard was not feeling well and so the authorities were alerted in accordance with COVID-19 reporting protocols before the ship arrived.

To ensure that Queenslanders remained as safe as possible from a second wave of COVID-19, the ship was sent to anchor for testing of all crew members. Unfortunately for one of them, he tested positive for the virus while exhibiting no symptoms and feeling well. His day and his immediate future changed dramatically without notice. He was ‘medevacced’ from the Hokkaido Bulker by boat early the next day under Queensland Health and Queensland Police Service escort and taken to the Sunshine Coast University Hospital where he was placed in quarantine. In a very short space of time his world turned upside down as he lay in a quarantine ward in a foreign country hospital with no real knowledge as to what lay in store for him and with only the clothes he had on.

Mission to Seafarers was notified early the same afternoon by Maritime Safety Queensland and we knew we needed to make contact with him as soon as possible, aware of the stress that a medevac places on a seafarer, not to mention one that is high profile. Our initial attempts to contact the seafarer through the hospital Chaplain were unsuccessful given the tight controls surrounding his case; however, the next day a Mission to Seafarers supporter with connections at the hospital, managed to make contact with the seafarer. We found out that he had no spare clothes, no method of contacting his family and friends, no entertainment and was genuinely concerned as to what was going to happen to him.

It didn’t take long for our team at the Brisbane Seafarers Centre to put together a ‘care package’ that addressed all of the quarantined seafarer’s material needs and even included a packet of Tim Tams! Our Sunshine Coast ‘disciples’ delivered this package to his door and watched the smile on his face as he opened the package. We knew these care package items would only alleviate some of his concerns, and that him being able to contact his family and have his spiritual needs met by our Chaplain were a greater priority. 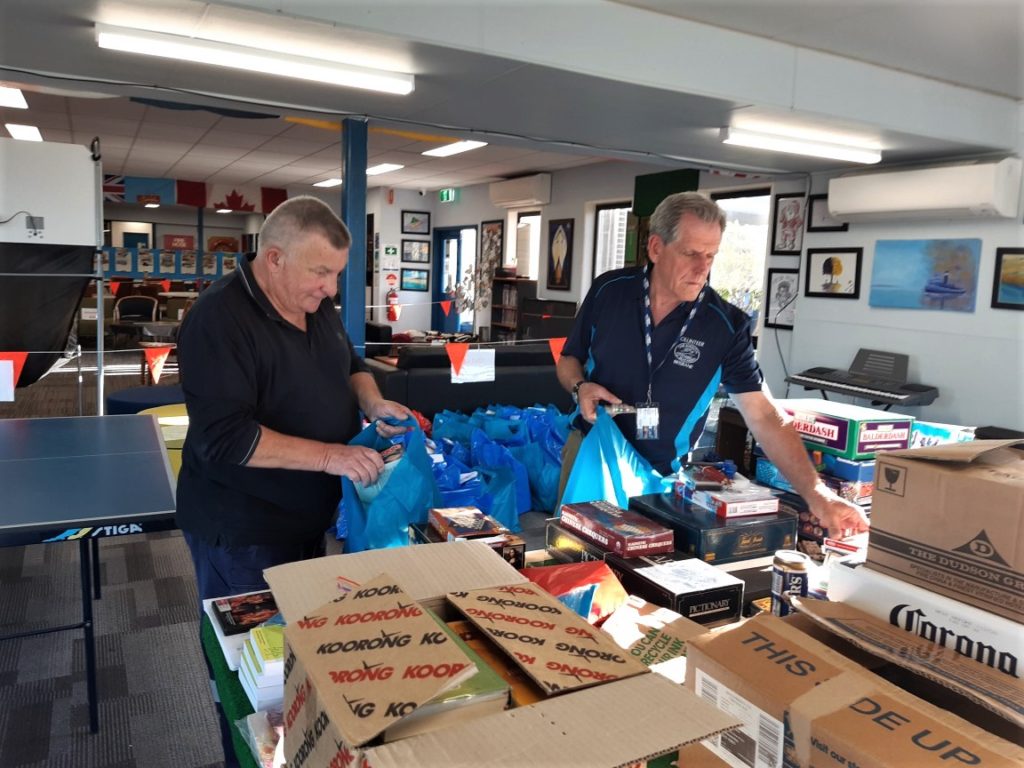 While all the attention seemed to be focussed on the hospitalised seafarer, his 21 colleagues remained at anchor far off the Queensland coast. While they were keeping in good spirits, they were also concerned for their health. An additional four care packages with a range of items, including phone cards, entertainment items, snacks and yes, chocolate, were packaged up and sent up north with the Brisbane Marine Pilots pilot launch making the delivery offshore the following day.

While we weren’t able to make direct contact with any of the seafarers on Hokkaido Bulker, our strong network of ‘disciples’ and close relationships within the maritime community enabled us to reach out and provide the level of care and ongoing assistance that our seafarers know and trust us for.