Halse Lodge, sitting prestigiously and iconically just 150 metres from the world-famous Noosa Main Beach, has long been one of the jewels in the Anglican Church Southern Queensland’s property crown. 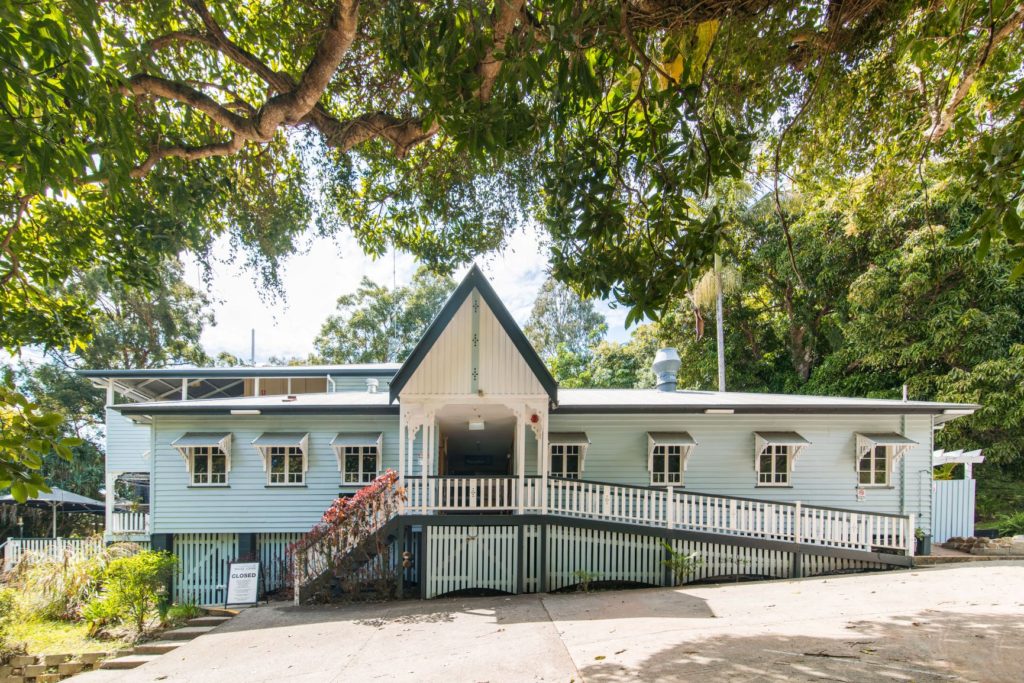 Halse Lodge, sitting prestigiously and iconically just 150 metres from the world-famous Noosa Main Beach, has long been one of the jewels in the Anglican Church Southern Queensland’s property crown

With historical links to the pioneering days of Noosa tourism and the man regarded as the ‘Father of Noosa’, local grazier Walter Hay, the site has hosted backpackers and tourists from around the world (and no doubt plenty of Noosa devotees from around Australia as well) for around 100 years.

Our Diocese originally purchased the building, then named Hillcrest House, in 1959 and operated it as a Diocesan conference centre and retreat for thousands of Anglicans from around Australia. In 1996 it was leased to a budget accommodation operator and has been run as a backpacker hostel and bar-bistro ever since. 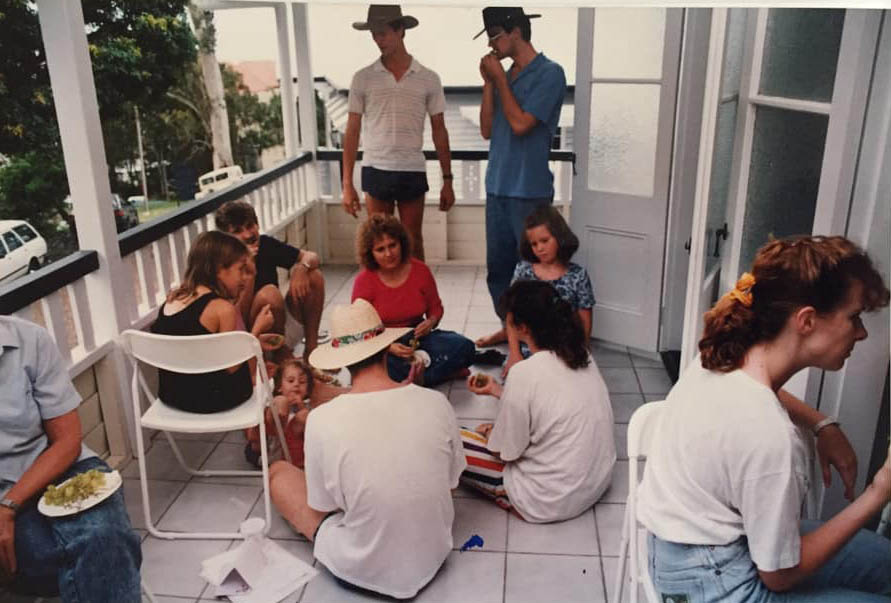 Our Diocese ran Halse Lodge as a conference centre and retreat between 1959 and 1995. This photo was taken at a Parish of St Lucia camp in 1990, with Andrew West (black top), Jonathan Kemp (wearing the hat with back to camera), Christine Nolan (red top), Fiona Hammond (white top), young Caitlin Nolan (daughter of Christine), and on the right of the frame, Christine Wanstall (née Crossley) (Image courtesy of the ACSQ Records and Archives Centre)

But with the imminent expiry of the latest lease term with local company Ecolodge Pty Ltd, who have run the property as the Noosa Heads YHA (Youth Hostel Association), the Anglican Church Southern Queensland (ACSQ) Property Team thought it was a good time to go to market to explore every opportunity for a new era for the ‘grand old dame’ of Noosa.

Sitting elegantly on the hill, a block back from Hastings Street and Main Beach, the 7,989sq m Halse Lodge property (named after former Brisbane Archbishop Reginald Halse) was taken to the market this week with an expression-of-interest marketing campaign. 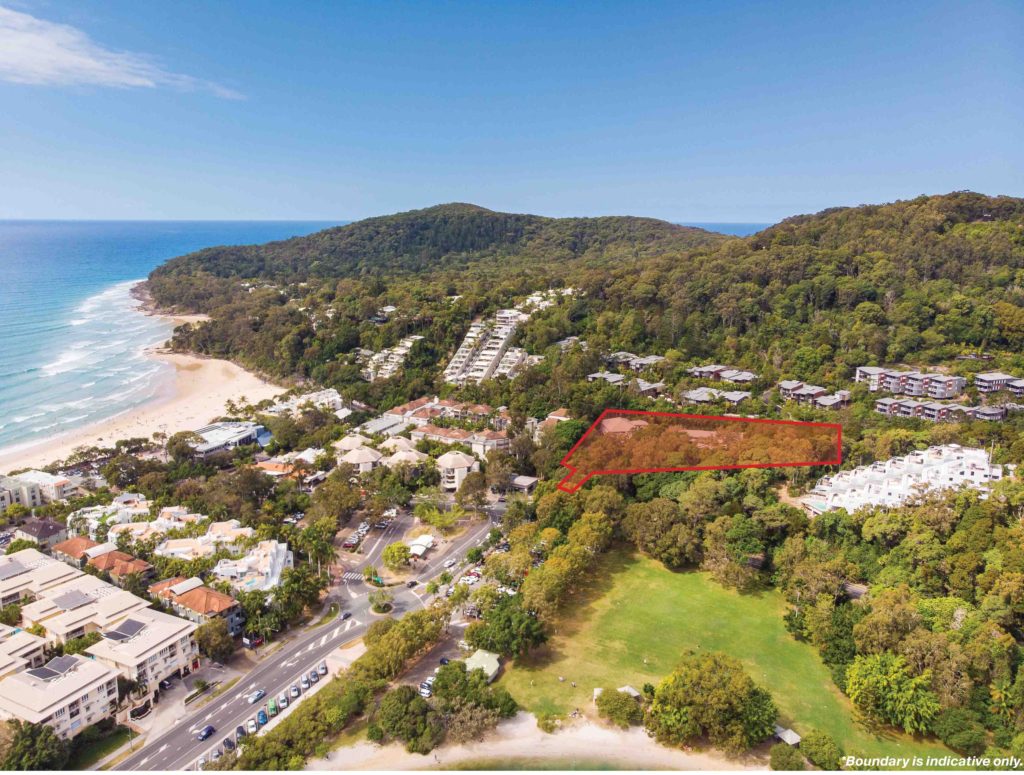 It is being offered to the public with a range of commercial options, including a long-term lease or joint venture, with a possible sale the least preferred option.

ACSQ Group Manager Property Hiro Kawamata said the Anglican Church was excited to be offering the historic Noosa property to the market to see what long-term vision other accommodation and tourism operators might have for the site.

“With the current lease expiring for use as a backpackers lodge, we thought it was an ideal time to go to the public and test what else we could potentially do with the site,” Mr Kawamata said.

“We’re not closed to the prospect of sale, but our preferred positions are to enter into a long-term lease with a tourism provider or possibly embark on a joint venture, with either option involving significant investment and building upgrades or renovation.

“There has been a recent change in zoning under the new Noosa Plan 2020 from ‘community services’ to ‘tourist accommodation’, so that might mean there are other opportunities in terms of more upmarket or boutique accommodation that some operator might want to explore with us on the site.”

The original building was constructed in the 1880s as a guest house by the man widely regarded as the ‘Father of Noosa’ Walter Hay, a local grazier. It was replaced in the 1920s, with a larger building using some of the original materials from the building and was then renamed ‘Hillcrest House’. It is the last remaining timber accommodation building in Noosa and is the longest continuously operating guest house in south east Queensland.

Halse Lodge is a large, double-storey residential building made of timber with a corrugated iron roof and wide verandahs at both levels facing Noosa’s Laguna Bay. It is roughly ‘U-shaped’ in plan, with a central courtyard space created between the two wings. The site also includes three other buildings, all being used for accommodation purposes.

“The building is a place of cultural heritage significance because as an early boarding house from the 1920s, the place provides evidence of tourist development at Noosa. It is also the only remaining modest boarding house of the many that were once prominent along the beach at Noosa and is probably only one of a few remaining such buildings in Queensland from the period still used for its original function. As an example of a modest boarding house, a style of accommodation which has been superseded by newer development and changing tastes, the building is able to provide evidence of the development of tourist operations in Queensland since the early twentieth century.”

Bishop of the Northern Region, The Right Rev’d Jeremy Greaves, said he was very interested to see what offers and opportunities are forthcoming.

“We have been proud custodians of Halse Lodge for 61 years, and we’re very cognisant that the site and original building retain links back to the 1880s when the original structure was built as a guest house by Walter Hay, who originally named it Bay View House and advertised ‘rooms to let’ in The Gympie Times,” Bishop Greaves said.

“I know that our Property Team are always working to make sure we’ve got the highest and best use of all of our properties to assist in the mission of the Church and I guess in terms of Halse Lodge, now is an ideal opportunity to reassess what is the best use of the venue heading into the future.”

Noosa Mayor Clare Stewart is supportive of the Church’s decision to test the market and has assured the local community that the council has measures in place to ensure the lodge retains its historic charm.

“The requirements and restrictions, what you can and can’t do on the site from a heritage and environmental perspective, are certainly black and white. It’s been very well maintained and preserved by the Church for the last 25 years and I’d like to see it continue that way,” Mayor Stewart said. 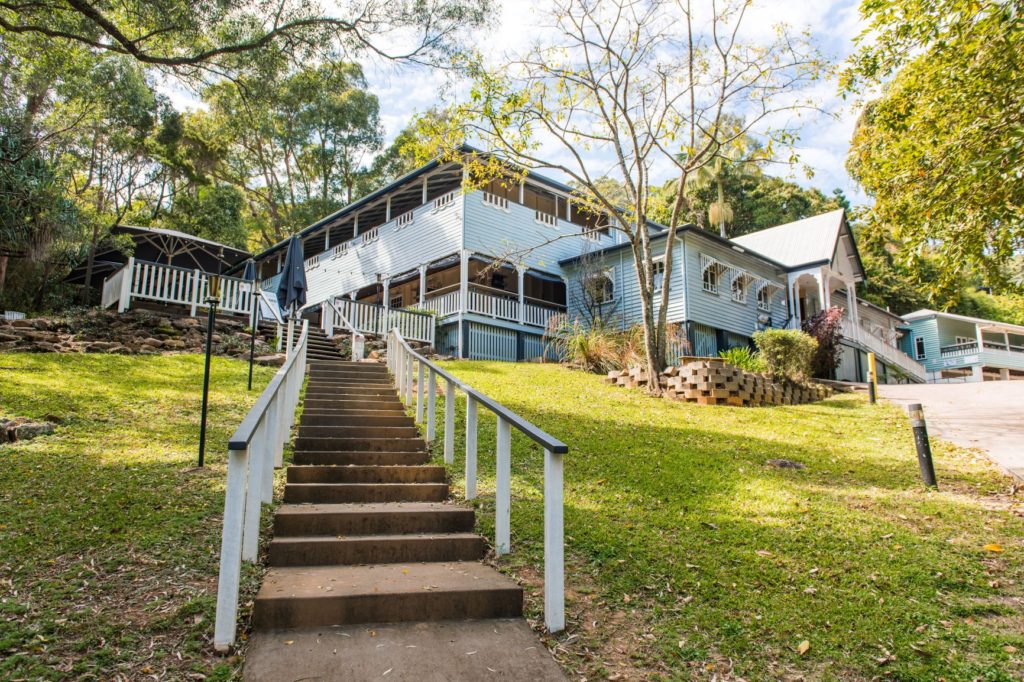 Halse Lodge is being offered to the market to consider a range of options – preferably for a long-term lease, a joint venture or for possible sale

Agent Blake Goddard of estate agency Knight Frank said he expects the property to be highly sought after.

“We’re expecting interest to come from overseas, interstate and local groups, including food and beverage operators, boutique accommodation providers, and private groups; however, we are keeping all options open and welcome all engagement throughout the campaign,” Mr Goddard said.

“This site is in a very high-profile location within Noosa and is of a significant size, being nearly a hectare of land in such close proximity to Hastings Street, the tourism town’s main hub.”

Mr Goddard said there was nothing comparable to the Noosa site on the market.

“The opportunity for someone to get involved with that much land so close to the beach in one of the most popular Australian tourism locations is one that comes up very rarely,” he said.

“This is a world-class destination, so it is certainly an exciting prospect for any party to be involved in.

“Noosa has forever been a tightly held market, particularly for commercial investments. With staggered ownership along Hastings Street and many smaller strata units, this will provide a large free flowing property to a party with a grand idea.”

The backpacker operation was forced to close its doors in early April due to COVID-19 restrictions heavily impacting the backpacker market. The 107-bed accommodation and bar-bistro cannot feasibly open for the foreseeable future.

Editor’s note 25 September 2020: Thanks to The Rev’d Jonathan Kemp for contacting anglican focus with the names of those pictured in the 1990 Parish of St Lucia camp photo. The image caption has been updated with the names he provided.