In the 1940s, Edna Ruth Byler was a wife and mother living quietly in Akron, Pennsylvania, USA. A member of the local Mennonite Christian community, she was known for her warm hospitality, creative spirit and cinnamon rolls.

In 1946 Mennonite Christian Edna Byler’s life changed. She and her husband visited Puerto Rico. She was struck by the poverty of the people of the La Plata Valley, and, having herself lived through the Depression, was impressed by their dignity and their desire to help themselves. She wondered how she could help.

Edna was also struck by the fine embroidery the women of La Plata created, while lacking a marketplace to sell them. Edna appreciated the quality and beauty of the work and thought that her fellow Americans might be impressed, too. She brought some home to sell to friends and neighbours.

Demand for the products grew. The Mennonite Central Committee, an aid and relief agency, had the vision to see that these products would provide sustainable living wage income opportunities for people in Majority World (developing) countries. They supported Edna and facilitated her overseas travel including to places like India and Jordan. Edna travelled widely in the US, selling the products and sharing the stories of how people in distant places were receiving a fair income. The first Fair Trade business, Ten Thousand Villages was launched and blossomed into a global Fair Trade movement.

Businesses with similar aims sprung up across the developed world resulting in the multibillion dollar Fair Trade movement we see today.

However, it all began with a Christian woman supported by her Church. 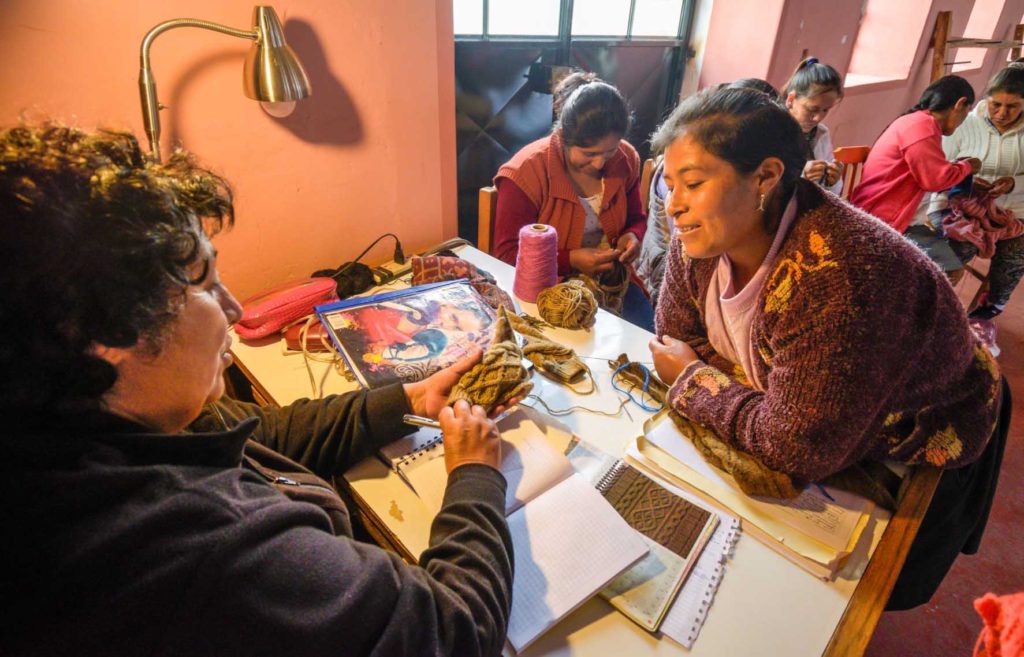 An Ethica workshop in Andahuaylillas, a small village near Cusco, where women are being taught knitting

Over the years a collective of Fair Trade business formed the World Fair Trade Organisation (WFTO) with the 10 Principles of Fair Trade forming the guidelines by which we can determine the legitimacy of fair trade claims.

“Take your Bible and take your newspaper, and read both. But interpret newspapers from your Bible.” (Time Magazine, 1 May 1966)

The Fair Trade Association has developed a set of Bible studies which relate to the 10 Principles of Fair Trade of the World Fair Trade Organisation. We address questions such as ‘What does the Bible say about how workers should be treated and paid?’ and ‘What about child or slave labour in the supply chain of the products we use?’

The studies bring together the foundational document of all Churches, the Bible, and the 10 Principles of Fair Trade.

Like Edna’s ground-breaking initial steps into Fair Trade, we believe these studies are the first time the WFTO 10 Principles of Fair Trade have been linked to the Bible in a systematic way.

Have a look at the Bible studies and see if you agree about our choice of Bible passages for each of the 10 Principles.

Edna Byler saw a need and an opportunity and, under the guidance of God, enabled the connecting of people in a way that continues to enrich and transform lives through Fair Trade.