On Thursday 29 July 2021 the NCCA held an Assembly Roundtable where we looked at how Australian Churches can hold and energise ‘The Uluru Statement from the Heart’.

Our discussions focused on the importance of relationship building, yarning and why they are central to our churches. We were honoured to be able to yarn with Prof Megan Davis*, Aunty Pat Anderson* and Prof Henry Reynolds*.  The discussions were wonderfully and prayerfully led by Felicity McCallum* and Lucy Davis*. 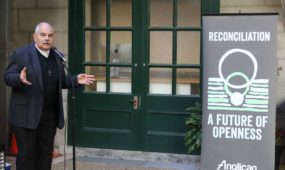 ACSQ submission in support of a First Nations Voice

As we talked and listened to these learned voices, we were struck again by how much we have yet to listen and learn.

* Felicity McCallum, Felicity is a PhD Student at Charles Sturt University – ‘Awabakal-British Engagement and Reconciliation: A historical investigation with special reference to Girardian theory’ and First Nations Adviser to the NCCA

* Lucy Davis is the Salvation Army’s National RAP Coordinator. She is a proud Aboriginal and South Sea Islander woman of the Cobble Cobble people of the Burrungum Nation in the Darling Downs QLD

The Uluru Statement From the Heart

Find the links to The Uluru Statement From the Heart website. There is a petition to sign on this front page.

Under Resources in addition to videos there is a Supporter Kit and the Email-Generator for writing to your MP, all referenced by Pat Anderson to show our support.

Hear The Uluru Statement From the Heart read in language

Another opportunity to take action

The Uluru Statement leaders have asked people to contact their Federal Member of Parliament and tell her or him why you have accepted the Statement’s invitation to walk in a movement of the Australian people for a better future.

You can do this via an online form here. Amplify this action by inviting others in your communities to join you in a show of support.

MPs care about what their constituents think. Each and every letter from an individual is important. But if an MP were to receive a letter signed by your parish/church/community/social justice group, this would be even more powerful.

As the Australian Government considers responses to the Interim Voice Report, the Uluru Statement team has highlighted the importance of three key messages:

The more MPs hear these messages directly from the people they represent, the more likely they are to take action.

First published on the National Council of Churches in Australia website in August 2021.