It was a big week of celebrations for this Toowoomba local who celebrated his centenarian birthday with his wife Maureen, daughter Helen, son-in-law Russell, granddaughter Katelyn and great-grandchildren Ella and Max.

Mervyn Dowzer was treated to a delicious morning tea at his Symes Thorpe Residential Aged Care home in Toowoomba on Tuesday 30 August and was elated to spend quality time with his family and friends. 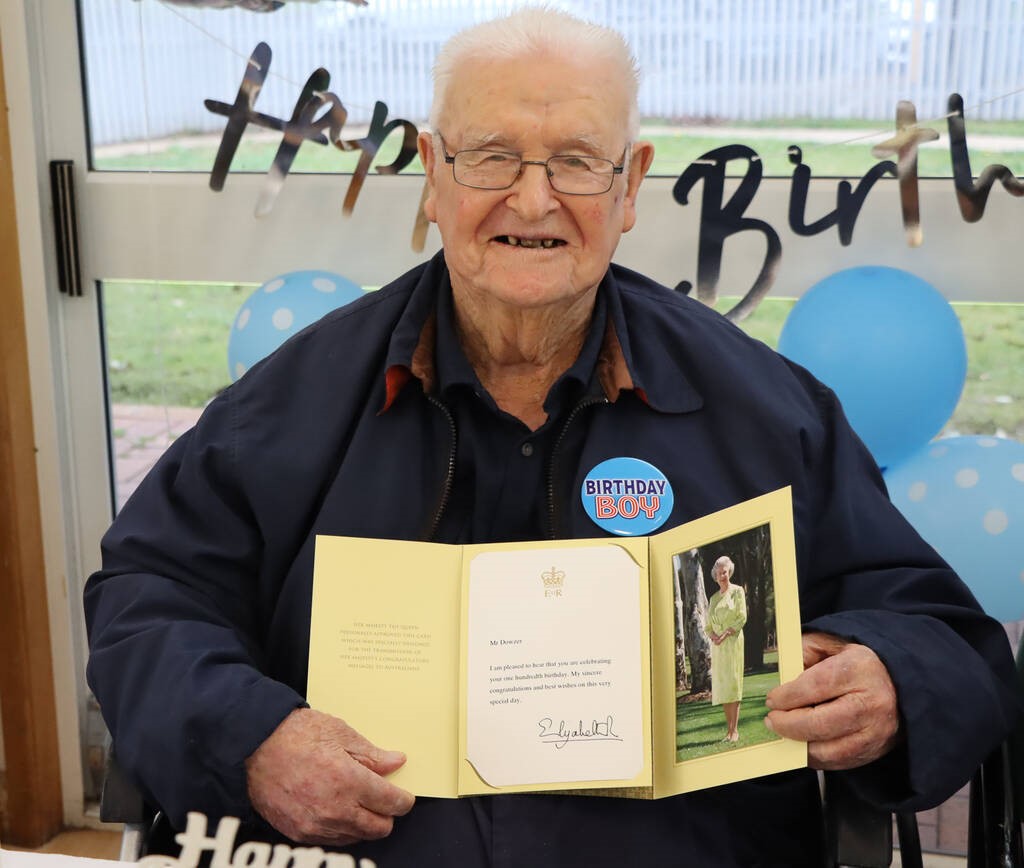 “It worked out perfectly,” she said.

“We had Merv’s daughter and his grandchildren and great-grandchildren from Melbourne here and it was a beautiful morning tea with all the residents and his fellow friends.

“Merv has a good personality. He loves to laugh, and he loves to sing with you. He is a fantastic man. Happy 100th birthday, Merv.”

His daughter Helen said her dad has always had a “calming presence” throughout her life.

“He was the one who took me down the slippery slide, he’d take me fishing, we’d garden together, and we did lots of things together,” Helen said.

“It has always been the simple things in life are the things that make you happy and that is how our lives have always been. Simple but happy together.

“I really appreciated my childhood. I appreciate all the fun things we did. Mum and Dad would always go fishing, so we lived on fish. Dad would grow veggies and strawberries. We had strawberries every night, it was lovely.”

Mervyn met his wife Maureen while they were working at Queensland Country Traders at North Quay in Brisbane’s North. Merv was a store-person and Maureen was a packer. They worked packaging all sorts of boiled ginger and sugars.

After getting married in Brisbane’s Methodist Church in Albert Street on 16 October, 1948, Merv and Maureen became business owners running a little corner store in Paddington. A few trips in the caravan later and Maureen gave birth to their lovely daughter Helen.

Merv and Maureen set off on another trip to Adelaide with Helen in the caravan. Maureen remembers going at Melbourne Cup time, so they made the decision to stop in for the day and watch the cup race. This was one of many trips over Australia. 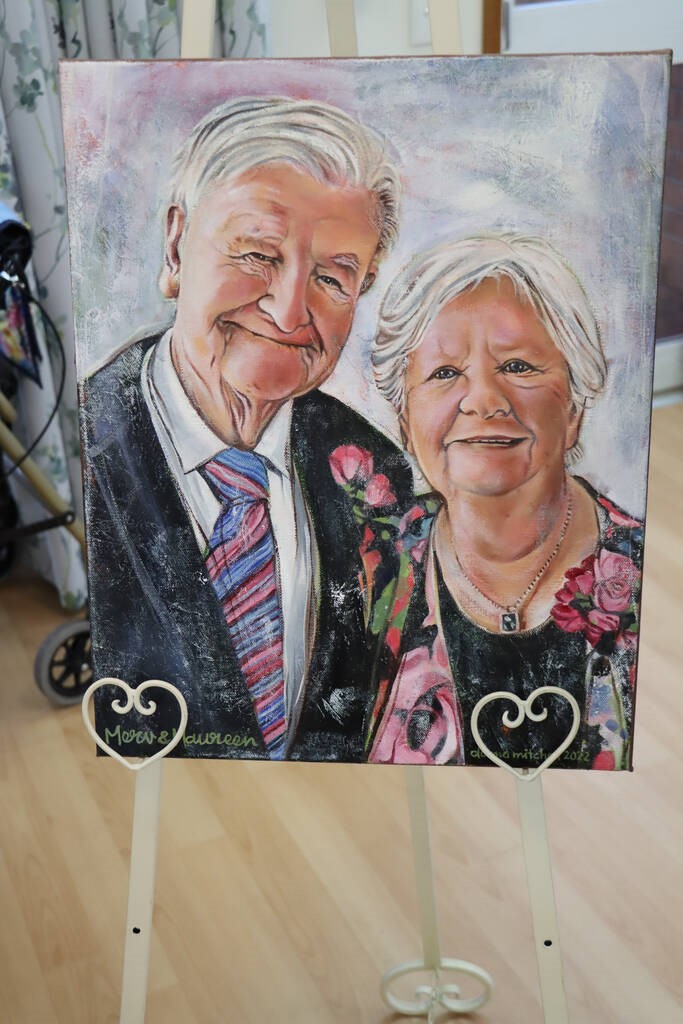 On 16 October Merv and Maureen will celebrate their 74th wedding anniversary.

Maureen’s advice for a happy marriage is “consideration for each other, always talking things through,” she said.

Granddaughter Katelyn came all the way from Melbourne with her two children, Ella and Max, for the celebration of her grandad’s 100th birthday.

“It was a lovely celebration for my grandad,” Katelyn said.

“My husband and I often talk about the simplicity of my grandparents’ life where they semi-retired when they were young and really, they lived such a frugal life, but they didn’t want for anything else.

“My grandad, in particular, never let anything bother him. He would have gone through so much, but he’s always remained calm throughout his life.”