A stunning cascade of hand-made poppies adorned the Kangaroo Point Cliffs in early November to honour the Centenary of Armistice Day.

The project was led by local artist and architect Suzanne Bosanquet in conjunction with the Gabba Business Association and funded by a Federal Government Armistice Centenary Grant.

“The artwork pays homage to all affected by war, engaging and binding the community through service, a legacy to be instilled in our children and future,” Ms Bosanquet said. 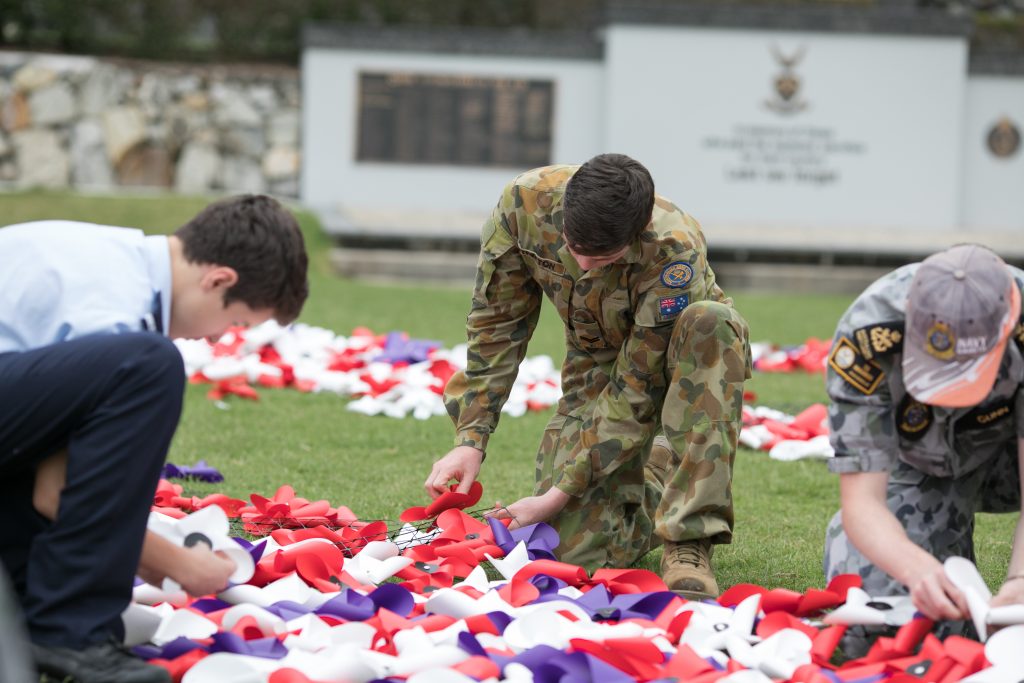 The Churchie contribution has been coordinated by Year 11 Visual Art students who worked for several months on the project as part of their International Baccalaureate coursework.

Year 11 student Theo Milbourne said that he and his classmates were mindful of both the history of poppy making and the effects of war when participating in the project.

“It’s been important to understand that the first poppies that were made and sold in 1918 were done by children for children affected by war. This is our way of giving back to the community, celebrating the legacy of the Armistice and paying homage to all affected by war,” Mr Milbourne said.

The boys worked with Churchie students young and old to create enough pinwheel poppies for the 120 square metre artwork. Once completed, members of Churchie’s Tri-Service Cadets attached the poppies to a mesh, which was then installed on the cliffs by members of the Australian Climbing Association (Queensland branch).

The Flanders Poppy has long been a part of Remembrance Day commemorations and the history of the First World War when red poppies were among the first plants to spring up in the devastated battlefields of northern France and Belgium.

The Flanders Poppy’s vivid red colour has also come to symbolise the sacrifice of shed blood, and is immortalised in John McCrae’s 1915 poem, In Flanders Fields.

The artwork was on display from Friday 9 to Monday 12 November 2018. 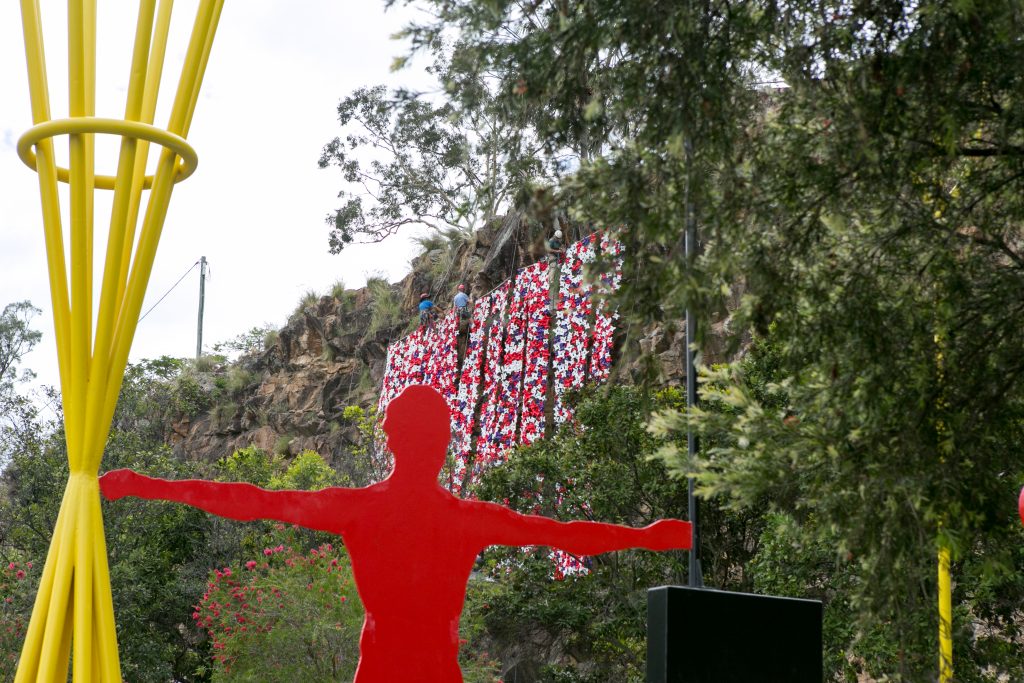 Cascade of pinwheel poppies on the Kangaroo Point Cliffs