Izellah Connelly starred in the lead role of Matilda in Matilda the Musical and recently launched her singing career with several singles. She is a Year 7 student at St Hilda’s, where she is part of the Athena Program. In this Spotlight she talks about her international plans and her career and school highlights so far.

How long have you been at St Hilda’s School and what year are you in?

I started in Pre-Prep at age four and have just finished Year 6, so that’s seven years at St Hilda’s!

What projects and activities are you currently working on?

Currently I’m in Osaka, Japan, playing a lead role in Universal Studio’s Christmas Spectacular Voice of an Angel, which incorporates projected video, fireworks, a 70 metre Christmas tree and angels floating 30 metres in the air! It has a cast of 50 from all around the world and has audiences of over 6,000 every evening.

In January, I’m making my fourth trip to the US to explore opportunities that are beginning to open up for me there.

What have been your highlights as a student of St Hilda’s and a singer so far?

My career highlight has been to play the complex role of Matilda in the Australasian tour of Matilda the Musical. At St Hilda’s, my highlights are having a very special class teacher and, of course, lots of good friends that cheer me on!

How does your school support you in your endeavours and goals?

The support given by the St Hilda’s Athena Program allows me to do school work when I’m travelling and provides extra support when I’m back at school.

What are your plans and goals for the next 12 months?

Make further progress towards being a famous pop star worldwide. Perhaps even be in my first movie, but that might be a bit further out.

Tell us about your latest single If Every Day was Christmas

If Every Day was Christmas was written a few years ago for an opera singer by two famous songwriters, but the song didn’t take off. So I was given the chance to record the song in a different style and, even though it was released just a recently, it’s already getting a lot of radio play and YouTube views of the lyric video.

What is your favourite line from this song and why?

The song is about keeping the spirit of Christmas alive throughout the year, so the very special line for me in this song is, “There would no more wars, we wouldn’t need them anymore”.

Do you write your own songs?

I’m a co-writer of most songs I record. I love the process of writing with leading US songwriters where I get to express my own thoughts and feelings. It’s a real buzz to start off with a blank sheet of paper and be involved in writing and recording a song, all in the space of about four hours.

Making up new dance moves with my friends, making video clips for kids’ social media and sometimes just being at home with my family.

Roald Dahl’s Matilda, because I was in the musical and because it’s such a great story about standing up for yourself – and for others.

What is your favourite movie and why?

The Greatest Showman because it has such great songs and a great – and true – story.

What is your favourite travel destination and why?

I love everything about Japan…the people, the food, the sights and it’s such a safe place to travel around in. 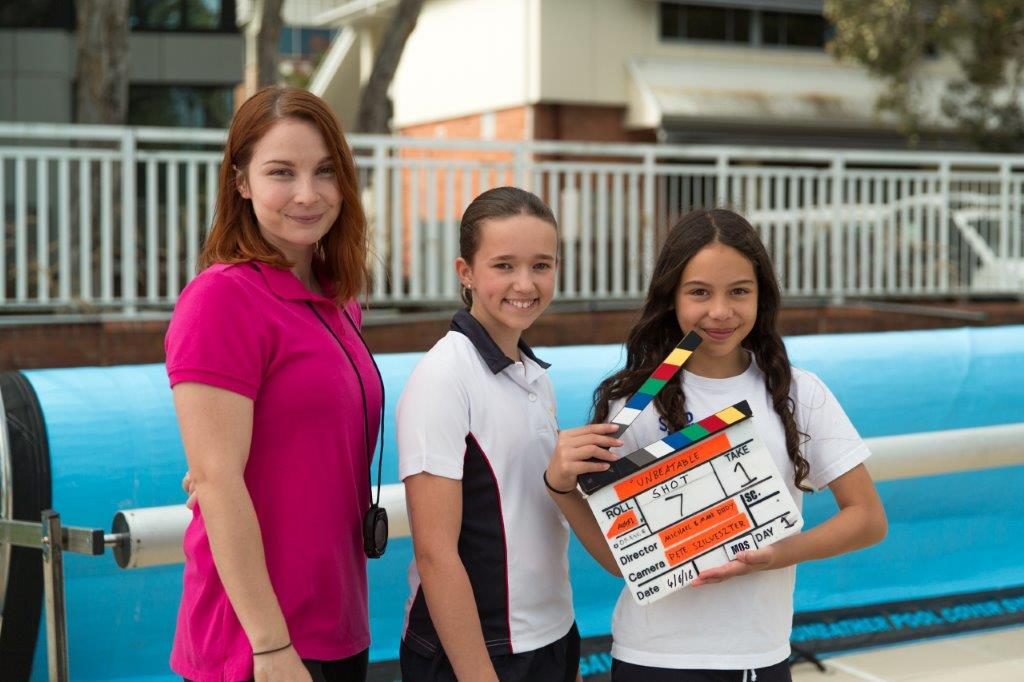