“The Government says that this Budget will help people meet their everyday costs. But they seem to be blind to those who need that help the most.

“People on Newstart will still be left on payments that are frozen on dangerously low levels. And they will be left out of the one-off energy payment announced by the Treasurer this weekend. 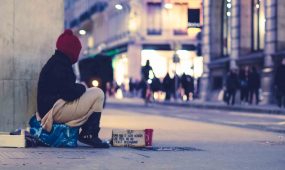 “The Government is also looking at bringing forward their $140 billion high-end tax cuts. But for people on low incomes, the tax cuts amount to just 50 cents a week.

“The fact is that one-off payments and tax cuts won’t help people out of poverty. Australians know this. That’s why three quarters of them have said they want action on wages and welfare over tax cuts in the latest polling.

“We know what we need to do to make Australia fairer – invest in housing for those in need, create secure jobs, and raise Newstart.

“If we can afford to spend hundreds of billions on tax cuts, then we can surely afford a safety net, a secure home, and a dignified life for every Australian,” Ms Chambers said.

The letters can be downloaded from the Anglicare website.