Anglicare Australia has called this Budget a lost opportunity to tackle poverty. Instead, we’ve had another Budget that pits Australians against each other and ignores those most in need.

“If you’re locked out of a job or in an insecure job, it seems that you’re simply invisible. Tonight’s budget will leave unemployed people, underemployed people, students and those struggling with housing costs worse off,” Anglicare Australia Executive Director, Kasy Chambers said today. 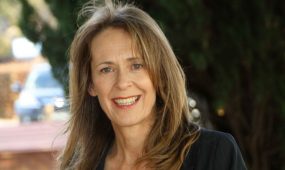 “The Budget has failed to lift unemployment payments. And there is no action to address homelessness and Australia’s housing affordability crisis.

“Instead, we have a one-off energy payment that excludes people on the lowest incomes – those who are looking for work.

“The payment pales in comparison to the $140 billion the Government is spending on high-end tax cuts. For people on low-incomes, the tax cuts amount to just 50 cents a week.

“This is completely at odds with the approach that Australians want – the latest research shows that people wanted to see this Budget put action on wages, health, and welfare ahead of tax cuts,” Ms Chambers said.

Ms Chambers said that the Budget had cemented years of cuts to those most in need.

“Emergency assistance charities stand to lose $5.7m a year from 2020. The Government has refused to take action on the expiry of that funding in this Budget. This comes on top of five years’ worth of cuts from social security and community services to the tune of $15 billion.

“It is unconscionable to be pursing massive tax cuts while these spending cuts stand, and people on the lowest incomes continue to go without food or secure housing. It seems that the Government is simply blind to those in need.

“If you were serious about making Australia fairer, you would not be doling out tax cuts to people who don’t need them or wasting unspent money from the National Disability Insurance Scheme.

“You’d lift Newstart, put in place a jobs plan, and invest in housing for people in need.

“And you would be looking for the people who need your help, instead of ignoring them.”