‘Lady Day’ or to give it its correct title, ‘The Annunciation to the Blessed Virgin Mary’, is usually celebrated by the Church on 25 March each year. In 1897 the Mothers’ Union (MU) formally adopted the feast of the Annunciation to the Blessed Virgin Mary as its yearly day of prayer, intercession and thanksgiving. “The careful positioning of the work and ministry of the MU – in short, its piety – was part of its immense attraction as a platform where so many women of different church parties could meet.”1 This has continued to this day and Mothers’ Union, both in Australia and around the world, continue to gather despite theological or other considerations. From province to province, members gather in small groups in village churches and large assemblies in cathedrals from England, through Africa and even closer to home in Fiji, Tonga, Vanuatu and New Zealand. Accounts of this day each year are regularly published in worldwide Anglican press, and now extensive use is made of social media to highlight the day.

Given the changing dates of Easter, it can be moved so that it is not held in either Holy Week or Easter Week. It is also quite often celebrated on other days close to its proper date at a more convenient time, as happened this year with the service being held in St John’s Cathedral on Wednesday 3 April. Within our Diocese there were several other services held on 25 March to mark Lady Day for those who find it difficult to travel to the Cathedral. 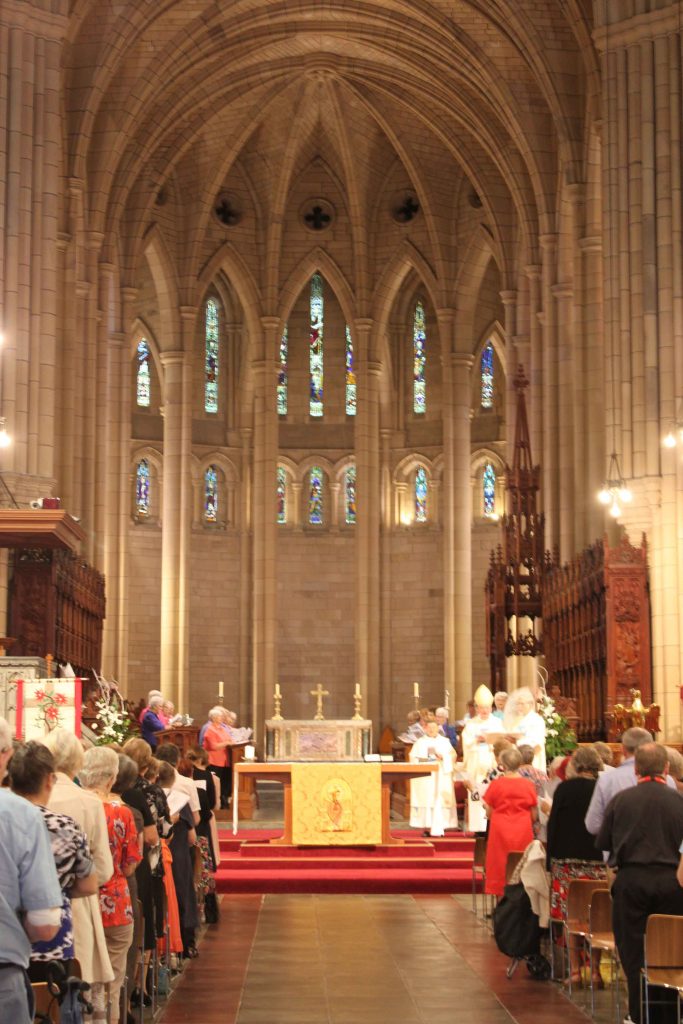 Attending the celebration in St John’s Cathedral this year was our patron, Mrs Kaye de Jersey with well over 200 members from throughout our Diocese attending. The service was presided over by Archbishop Phillip Aspinall and the preacher was Bishop Jeremy Greaves. Bishop Greaves reflected on the age of Mary when she said her ’yes’ to God to bear God’s son. She was much the same age as Bishop Greaves’ teenage daughters. He also compared Mary’s courage to that of Rosa Parks, the African-American woman who refused to move to the back of the bus in Montgomery, Alabama during the bus boycotts, which helped launch the civil rights movement in the United States.  Members of Anglican Mothers’ Union Australia (AMUA) processed our Diocesan banner and banners from many parishes throughout our Diocese, which gave a colourful beginning to the liturgy.

At the conclusion of the service the Diocesan President, Mrs Beverley Perry presented The Rev’d Linda McWilliam with a cheque to support Anglicare chaplaincy. The support of Anglicare chaplaincy continues a long-term connection with the caring agencies of the Anglican Church in this Diocese. It was Mothers’ Union at Christ Church, Milton who employed the first community nurse at the beginning of the 20th century. This was to become St Luke’s Nursing Service, which was later absorbed into Anglicare in our Diocese. 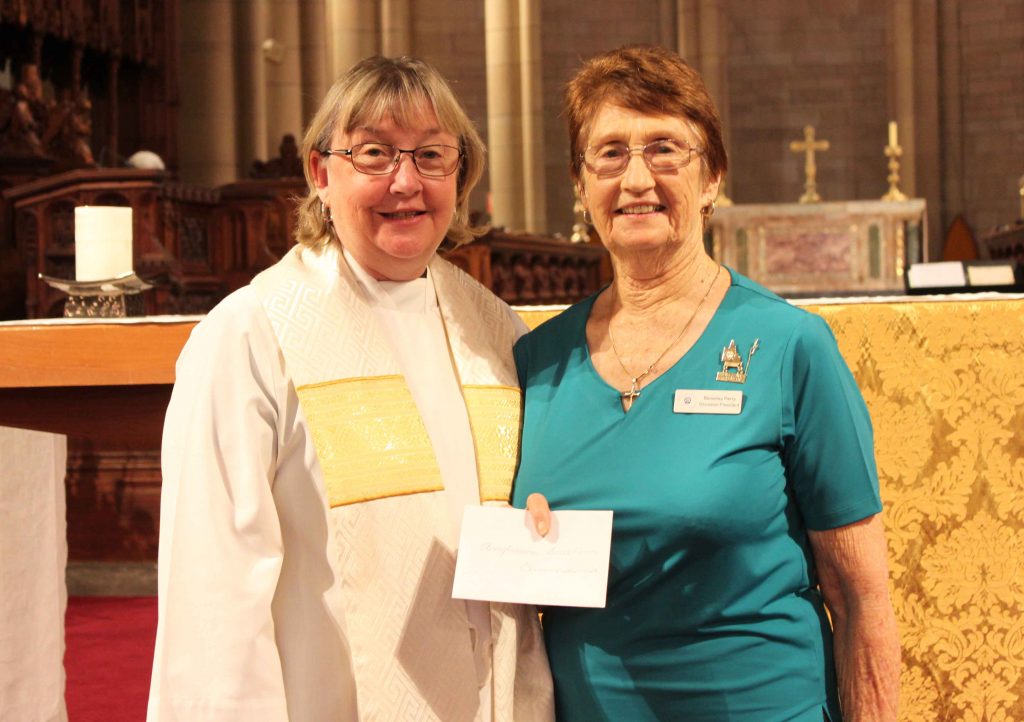 Mothers’ Union in this Diocese, as well in other Dioceses in Australia, also supports the work of members in many developing countries including, at present, a Peace and Reconciliation Project in South Sudan that has this year helped bring together members of several Dioceses who have previously been at war. Almost 200 members were flown to Uganda for a retreat and the healing and friendship blossomed. Anglican Mothers’ Union Australia has committed to pay the travel expenses for these members.