There were tears and hugs aplenty at a very emotional service held last week at the former St Mary’s Home at Toowong – a home previously run by the Brisbane Anglican Diocese – in honour of those affected by forced adoption practices from the 1950s to the early 1980s.

The Archbishop of Brisbane, the Most Rev’d Dr Phillip Aspinall blessed a new Remembrance Garden which was an initiative of former St Mary’s mothers – a place where they could return and sit peacefully and reflect on an extraordinary time in their lives where they bonded with their unborn child, before the baby was later removed upon birth and adopted out in a scheme run by governments around Australia for several decades.

Around 10 mothers and children attended the special Blessing of the Remembrance Gardens –supported by several other dozen family, friends and supporters, along with Diocese and Anglicare workers.

Three mothers spoke about their experiences – Margaret Hamilton, Dorelle Downs and Rosemary Harbison, as well as Sandra McGregor, a daughter of one of the other mothers who has since passed away. Most mothers spent time at St Mary’s before the birth, then delivered their baby at the Royal Brisbane and Women’s Hospital.

Between 1951 and the early 1980s, it is estimated up to 150,000 unmarried women across Australia were forced to give up their babies, after spending time in homes mainly run by churches, including Anglican, Catholic and Lutheran churches.

The former Prime Minister Julia Gillard read a national apology in Federal Parliament in 2012, where she outlined the fact that mothers were given false assurances by authorities and were “forced to endure the coercion and brutality of practices that were unethical, dishonest and in many cases illegal.”

Ms Downs suffered an incredible trauma – having been gang-raped in 1970 when she was aged 19, while working as a governess on a remote property in western Queensland.

“When I wrote to my mother and told her I was pack raped, she said I couldn’t come home,” Ms Downs said. ”She just didn’t want to know, as I guess there was a social stigma attached to it at the time. It was a case of ‘What would the neighbours say?’”

Ms Downs travelled from Longreach back to Brisbane when she was heavily pregnant and stayed at St Mary’s Home, Toowong, where she and other mothers-to-be did household chores in the final months before their baby was born.

Her son was born in hospital but he was taken away from her immediately. She only knew that she had given birth to a son because one of the staff later told her: ‘You had a son, a long skinny streak like yourself with a crop of black hair and the same crooked little fingers.’

“So from then until the time when we eventually met in 1993, I was always looking for a baby with crooked little fingers,” Ms Down said.

“But in the hospital, I kept asking to see my son and I refused to sign the adoption consent form. They told me the only way to get out of there was to sign the consent form, so I eventually did after nine or ten days. They told me ‘don’t bother looking for him because you’ll never find him’.”

Ms Downs and her son Michael were eventually reunited in 1993 and have maintained a close and loving relationship ever since. Others weren’t so fortunate.

Margaret Hamilton was also 19 and was engaged to be married when she fell pregnant.

“I lost a baby and I was given back a grown man when we eventually found each other years later. We did see each other but he was kept at arm’s length from me by his foster mother and sadly he died of a congenital heart problem in 2014,” Ms Hamilton said.

She worked for the advocacy group Adoption Loss, Adult Support Australia for over 10 years and has been instrumental in working with the Brisbane Anglican Diocese in encouraging them to provide an apology in 2012, as well as redress payments and the Remembrance Gardens initiative.

“I am grateful and appreciate what the Anglican Church in Brisbane has done, especially the Archbishop, Dean Peter Catt and Carol Birrell of Anglicare,” Ms Hamilton said. 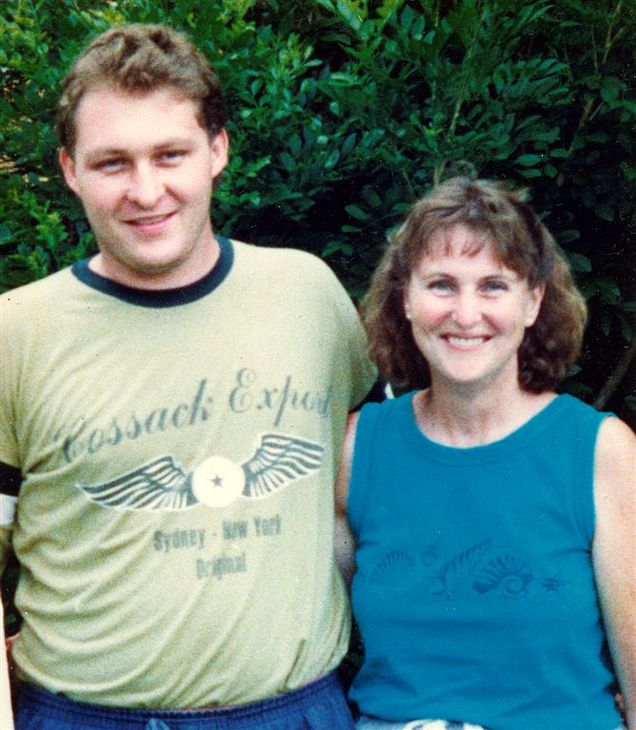 Archbishop Aspinall repeated the Church’s apology at last week’s blessing ceremony and said it had been a tragedy that mothers had babies removed from them without their proper consent.

“We know of some really tragic stories about whole lives really that were ruined by those forced adoption practices – very deep pain and lasting grief and impacts that lasted a lifetime for those families so this is a very important occasion to honour them, to acknowledge their experience and to offer our support to them,” the Archbishop said.

“The grief runs so deep that nothing can completely heal that. But I think reaching out a hand in friendship and support and acknowledging what they went through and its deep impact means a lot to these women.

“The Anglican Church has been making redress payments and they go some of the way to helping some of the mothers to reconnect and stay connected with the children they’ve been separated from. It assists to provide professional counselling where that’s required but we don’t pretend that it compensates in any respect. How do you compensate someone for the loss of a child effectively, but hopefully it helps.

“This place is very significant to them. They wanted some place tangible which acknowledged the experiences they went through but it also provides them with a lovely, quiet space to come and sit and to reflect as they put their own lives back together again.” 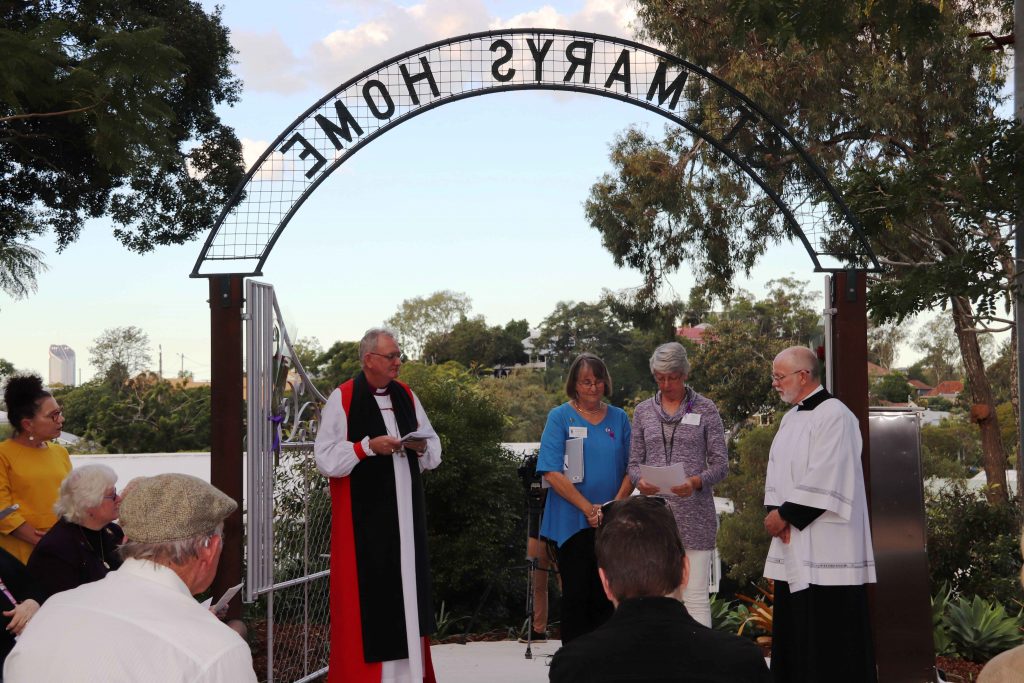 A special message of support was also sent by former Prime Minister Julia Gillard and was read out at the service by the Archbishop:

“The National Apology was an incredibly significant day for survivors, and I was deeply privileged to share it with them. I hope it continues to stand as an important milestone on the journey of healing and reflects our acknowledgement as a country of the lifelong legacy of pain and suffering created by forced adoption.

I was very moved to learn of this Remembrance Garden, as a recognition both of that legacy, and of our commitment as a nation to do all in our power to make sure these practices are never repeated.

My thoughts will be with all those affected by the practice of forced adoption at your opening ceremony. “

The Toowong site has since been redeveloped and is now an Anglicare facility providing Homelessness Services Women and Families with programs for young women aged 16-25, with eight units on site for women and their children and 23 units for adult women.

Facility manager Carol Birrell was instrumental in working with the St Mary’s mothers over several years in bringing the Garden of Remembrance to reality.

“Dorelle and Margaret came to me some time ago with the idea of a garden and I thought it was a great concept and I took the idea to Karen Crouch [Anglicare SQ Executive Director],” Ms Birrell said.

“I kept going back to the mothers to consult and said I would like to support them to make it possible. I also made a commitment to them that I would continue to follow up until it happened so it’s great to see it officially opened and blessed today.”