Four members of the Anglican Church Southern Queensland were rewarded and acknowledged for years of service, dedication and sacrifice to their parish and community in the recent Queen’s Birthday honours.

The Hon Justice Debra Mullins, Chancellor of the Brisbane Diocese, from Greenslopes, was awarded an AO for distinguished service to the law, to the judiciary, to professional development and legal education, and to women.

Justice Mullins said of her award: “It was unexpected when I was notified about the possibility of the award, but I feel honoured to have received it.”

Dan O’Connor was awarded his OAM for service to the law and to the community working for the Anglican Church and The Salvation Army. Mr O’Connor is Vice-President of the Queensland Industrial Relations Commission and is Chairman of the Anglican Church Grammar School (Churchie) School Council.

Mr O’Connor said he was naturally honoured to receive the Queen’s Birthday Honour.

“I am most grateful to those who thought I was worthy enough to be nominated,” he said.

“Over the years, I have been blessed to have had the opportunity to become involved in a range of activities whether they be in the law or the wider community. Really from a young age and throughout my time at Churchie, I was always reminded that having the opportunity to serve, in whatever capacity, is a reward in itself.” 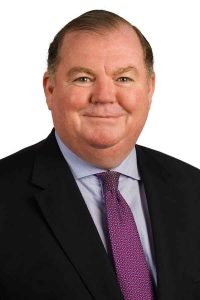 ‘Jock’ Sullivan received his honour for service to the community through a range of organisations including the Anglican Church. He served on the Parish Council of St Paul’s, Roma from 1998 to 2001 when he was Priest’s Warden.

He cites his biggest achievement during that time as converting the old parish rectory to offices. With a regular stream of tenants, the facility has provided an income stream for St Paul’s. Anglicare Foster and Kinship care are still tenants of the building. More recent Parish Councils have expanded to build a second building to house the aged care and disability services.

Mr Sullivan convened the Parish Bazaar (annual fete) between 2010 and 2013, which has been the major fundraiser and outreach to the local community. Jock and his wife Vera, whom he married in 1954, are both long standing member of the St Paul’s Church community and Vera has held positions with the Guild. They are both still regular attendees and some of their family are also involved in the Church.

He grew up near Amby (outside of Roma) and says his faith was formed during the ministry of the Bush Brotherhood. Just prior to his marriage to Vera, Jock cut timber to build their first house. Soon after, he was asked to cut the timber to build St Barnabas’ Church in Amby and assisted his father-in-law with building it.

‘Jock’ Sullivan, pictured with wife Vera, received his OAM recognition for service to the community through a range of organisations, including the Anglican Church

Glen Stiles, 82, has dedicated half his life to bettering the Logan community and has left no stone unturned on the volunteering front.

“It’s been very rewarding and I’ve enjoyed volunteering and getting out and doing things,” the Springwood resident said.

Mr Stiles grew up in Southern Rhodesia, now Zimbabwe, and left when he was 20, later moving to Australia.

He worked with the Queensland Education Department as a teacher at Slacks Creek State School for 10 years, later getting his diploma in special education so he could teach students with intellectual impairments at Beenleigh and Woodridge.

Mr Stiles hung up his teaching hat at the age of 63 and became a full-time volunteer.

He has volunteered with Springwood Meals on Wheels since 1999 and helped people who were hungry or in rental stress through his work at St Mark’s Anglican Church at Beenleigh.

He also established the Community Friendship Group, which has held bi-monthly gatherings for the past 15 years for those the people who are lonely or struggling.

“I’ve had a great team of volunteers that have kept it going,” Mr Stiles said.

“It’s been my great pleasure to give something back to the community. Australia has been very good to my family.”

There was also a prestigious award of a different kind for the Brisbane Diocese with the redevelopment of Holy Trinity Church, Fortitude Valley, and its adjoining 15-level office tower at 900 Ann Street, winning a prestigious Queensland Architecture Award.

The so-called “match made in heaven” – a joint venture between the Anglican Diocese of Brisbane and Consolidated Properties, which was completed last year – won the top gong for urban design for reinvigorating the historic Fortitude Valley Holy Trinity Church precinct.

The award was recently announced in Brisbane with projects selected from a 62-strong shortlist comprising the winners and commended projects from the Queensland regional awards program. 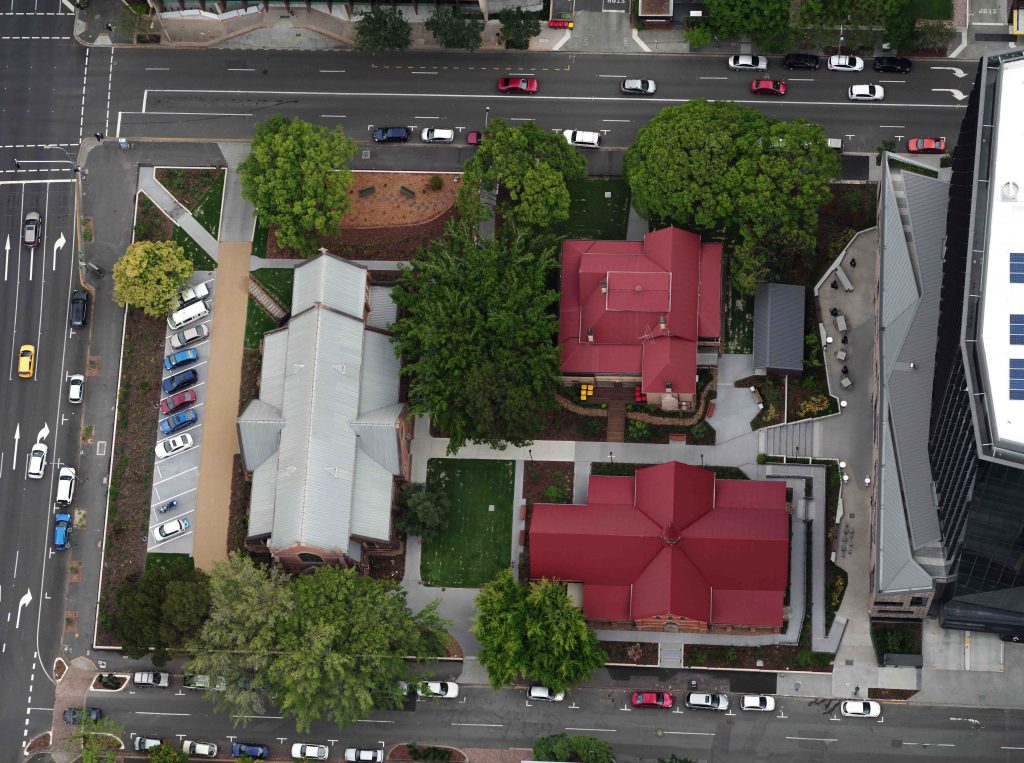 The jury commended the quality of all of the entries: “The highlight from this year’s judging was the exceptional quality of sustainable design principles deployed across the various projects, demonstrating a strong commitment to human-centred design that is responsive to the unique and varied climates that exist across Queensland,” the jury said.

The ACSQ-Consolidated Properties commercial tower, took out the top gong, the Karl Langer Award  for urban design which preserved the church’s three heritage-listed buildings on the site while creating a commercial collaboration which created an income stream to allow the church to continue its community work in feeding and clothing rough sleepers in the area.

The 15-level glass tower was sold to Charter Hall and is anchored by freight company Aurizon on a 12-year lease.

ACSQ Group Manager of Property in the FDSC, Mr Hiro Kawamata, said the project had been a great opportunity for the Holy Trinity to be an oasis in the city, a place where 21st century inner city residents and workers could experience a nurturing of the soul.

He said the project had presented a forward thinking approach between landlord and developer, enabling the revitalisation of this historic setting as a publicly accessible facility and garden precinct.