Anglicare Australia has said that the moratorium on evictions, announced by the Prime Minister, will offer protection for millions of renters.

“Across the country, we’ve heard stories from people who are losing their jobs and seeing their hours cut back. Incomes are drying up. People were at serious risk of losing their homes. 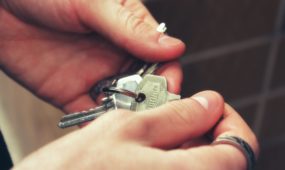 “This moratorium will help people keep a roof over the heads – and stop them from falling into homelessness.”

Ms Chambers said that the moratorium was a good start, and echoed calls from the Everybody’s Home campaign for extra protections.

“If we’re serious about social isolation, we need help for people who live in overcrowded homes. They must be supported to self-isolate and follow health advice – without risking the health of the people they live with,” she said.

“We also know that more than 8,000 Australians are sleeping rough. They desperately need emergency accommodation. Getting them off the street is critical to protecting them from the virus.

“We hope the Federal, State, Territory governments will follow the lead of Victoria, which has announced a package to tackle homelessness during this pandemic.”

Ms Chambers said the moratorium was the result of advocacy from community groups and renters.

“This is a good step and owes a lot to the renters and community groups who signed petitions, spoke out, and contacted politicians.

“Nobody should be losing their home at a time when we need people to stay at home. Australians have spoken up to say that – and now they’ve been heard.”