The recent St John’s Anglican College annual Battle of the Bridges competition came to a spectacular close, producing some outstanding record-breaking results from the Year 9 students.

The aim of the competition was for the Year 9 Design & Engineering Technology students to build a model bridge with the greatest structural efficiency – that is a measure of the supported weight relative to the weight of the bridge. Students were required to design and build their balsa wood models during the first five weeks of term, notable this year this was done in a remote learning environment. The St John’s student designs were prepared to the same rules and guidelines that Aurecon, an Australian engineering, design and advisory company, use for their well-known international competition.

Reuben Reid of Year 9 said “Being a part of this College competition was a fun, exciting and enjoyable experience. I most enjoyed the testing of the bridge – all our hard work pulled together in a single moment where we got to see if the bridge worked or failed.

“Something that challenged me during construction was trying to make sure the glue got to every nook and cranny in the joint and making sure it was dry before moving the bridge.

“Overall I enjoyed the competition very much and I have come out of it with an award and new knowledge of engineering and construction. I am excited for the future of DET at St John’s and can’t wait for our next project.” 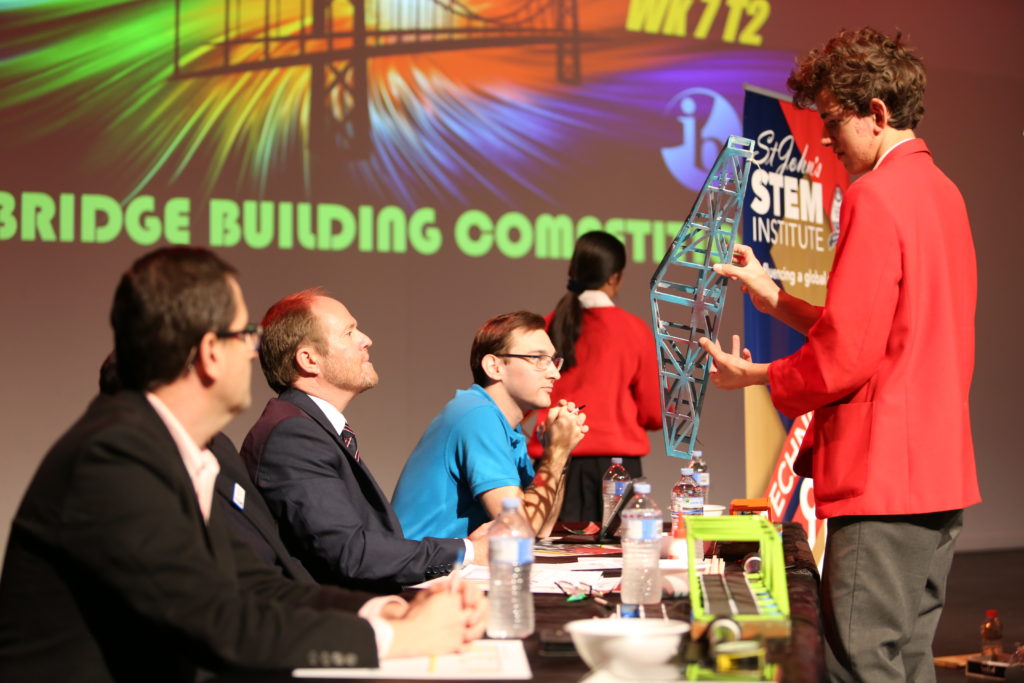 Culminating in the St John’s Anglican College annual Battle of the Bridges competition, each bridge was assessed by an expert judging panel before being put to the ultimate test of strength and efficiency on the Bridge Rig testing device. On testing day, the students had the opportunity to take out various categories for prizes and certificates, as well as the prestige of being the overall winner.

Nine prizes were awarded to students for their spectacular efforts and St John’s Principal Mrs McIvor was pleased to announce that Elliana Slebos had excelled during the competition, having set a new College record of 81.8kg before her bridge finally gave way. Elliana’s bridge only weighed 91 grams and held 81.8kg of weight, which is an outstanding achievement, holding 932 times its own weight!

Congratulations to all those who participated in the competition and special mention to the category winners Harry Freeman for taking out the Innovation Award with his impressive curved arch suspension bridge, Aaron Smith for receiving the Engineering Award for a well-made design, Rhys Cleveland who was awarded the Encouragement Award for his creative bridge design, and Elliana Slebos who received the Year 9 DET Award, Efficiency Award and the Strength Award for her outstanding record-breaking design. Having received the overall first place All-Rounder Award, Elliana set a new benchmark for future St John’s DET engineering students to aspire to.

Elliana reflected on her win, “I am grateful that St John’s was willing to put in this much effort for our learning experience. It has given us all insight into what engineering is about and I was able to learn a lot through this opportunity.

“I enjoy constructing the bridge, feeling a sense of achievement watching each stage be completed and then seeing the final result. Calculating the cut list was challenging, but necessary, and it had to be recalculated several times to get an accurate result.

“I learned a lot from this experience like a potential career path into Engineering. I have received a lot of acknowledgments and awards for my design and I am grateful for the opportunities like this here at St John’s.” 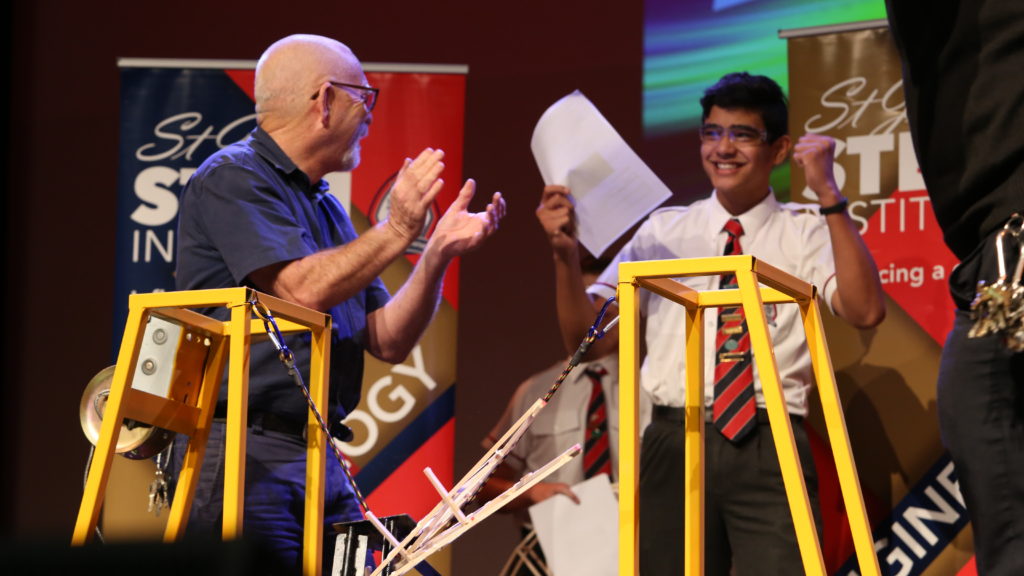 Principal Mrs Maria McIvor said “As an International Baccalaureate World School and operating within the Middle Years Program framework, the engineering-based unit required students to explore the design process and investigate the engineering principles and bridge design concepts before developing their own concept and model. This year despite the exceptional circumstances, the standard of student submissions were exceptional.”

You can see more highlights of the competition on the St John’s Anglican College Facebook Page.