The slow rollout of construction projects from Tuesday’s Budget shows that we should be investing in social housing, says Anglicare Australia.

“For months, experts and economists have been calling on the Government to boost the economy with social housing. Now we’re seeing why,” Anglicare Australia Executive Director Kasy Chambers said.

“It turns out that 90 percent of the infrastructure projects from Tuesday’s Budget aren’t ready to get off the ground. Around two thirds can’t get going until 2022. That isn’t going to fire up the economy or get people back to work fast enough. 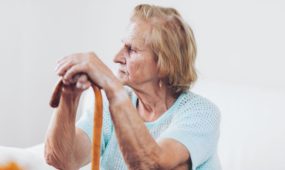 “Social housing is ready to go now. Almost 10,000 homes can start construction in the next year – and over 6,000 are ready to go within six months. This should be a no-brainer.”

“Even before the downturn, Australia had a shortfall of 400,000 social and affordable rentals across the country. Now thousands more people are being pushed into poverty and homelessness.

“Social housing is the best way to tackle that crisis. It will offer relief for people who are on the brink of homelessness. It also boosts GDP, and creates construction jobs for the regions that need them most. These projects are shovel-ready – and they’re shovel-worthy.”

“Giving cash to people who are already buying homes won’t stimulate the economy. Money for renovations is also failing to boost jobs in construction.

“There is no time to waste. Social housing projects will bring more jobs than renovations, and they can get off the ground more quickly than roads or rail. Most importantly, they offer badly needed help to the people who need it.

“The Government says it wants a jobs-led recovery. It’s not too late to put its money where its mouth is and fund social housing.”