Anglicare Australia has called the Federal Budget a lost opportunity to meet the unprecedented moment we face, leaving people on the lowest incomes high and dry.

“People on low incomes are on the frontline of this downturn. Many are losing their incomes, and too many are scared of losing their homes,” Anglicare Australia Executive Director Kasy Chambers said.

“1.6 million Australians are out of work. With this downturn due to last for years and so many Australians losing their jobs, record numbers of people are at risk of poverty and homelessness.

“There were simple solutions to these problems: raise the rate of JobSeeker for good, and invest in social housing. One-off payments to people on the age and disability pensions will provide some relief, but they don’t go far enough. Instead of doing what needs to be done, this Budget gives handouts to people who don’t need them.

“We already know that JobSeeker has given a badly needed boost to the economy – people have been spending their payments on food, transport, and essentials for their families. We also know that most people who get tax cuts will save them instead of spending them.

“Instead of locking in the benefits of the JobSeeker boost, the Government is phasing in cuts that will hurt everyone – and bringing a black hole into the Budget for decades to come.

Ms Chambers said that social housing was also missing from the Budget.

“Building social housing would have kept a roof over people’s heads and given a badly a needed boost the economy. Investing the shovel-ready projects across the country would have boosted construction by $15.7 billion, grown GDP by $6.7 billion, and created 24,500 jobs in the regions that need them the most. This kind of boost is much stronger than lining the kitchens and bathrooms of people who can already afford it. 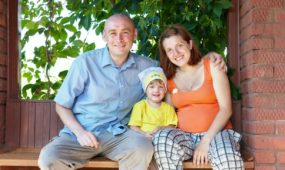 Budget fails on infrastructure – but social housing is ready to go

“Instead we’re back to business as usual – handing out money to people who can already afford to renovate or invest.

“This is completely at odds with the approach that Australians want. Polling released today shows that people wanted to see action on housing, wages, and welfare put ahead of tax cuts and payment to people who don’t need them.

“Investing in housing and incomes is a no-brainer. We will keep calling for action to make the economy works for everyone – and pushing the Government to invest in people who need it most.”