Due to Government policies and the treatment of Australia’s First Nations peoples, there were protest and boycotts of Australia Day celebrations prior to the 1920s, which did not have the effect on the wider Australian population that the protestors were hoping for.

From 1920–1938, there were a number of Aboriginal organisations who desperately tried to highlight the poor conditions and treatment of Aboriginal peoples, including their continued harassment by police. In 1935, one organisation in particular, the Australian Aborigines League (AAL), which was founded by an elderly Yorta Yorta Christian William Cooper, took a different approach, drafting a petition for King George V, but the Australian Government believed it fell outside its constitutional responsibilities.

1938 was a significant year, as the protest march of Australia Day in Sydney became one of the world’s first major civil rights rallies, where it became known as the ‘Day of Mourning’. This day was held annually on the Sunday before Australia Day, which was celebrated as a public holiday annually on Mondays only from 1935-1994.

The Australian Aborigines League agreed in 1955 that the annual Aborigines Day will not only be a ‘Day of Mourning’ but also a day to celebrate and promote the achievements of the First Nations peoples. The annual date of the celebration and protest was also changed to the first Sunday in July. With the support of major state and federal Aboriginal organisations and church groups, NADOC was founded and became a full week of celebration. From the mid-1990s, the name changed to NAIDOC to include the Torres Strait Islanders. NAIDOC stands for ‘National Aborigines and Islander Day Observance Committee’.

NAIDOC Week allows Australians to celebrate, learn from, be inspired by and informed about our peoples’ achievements. NAIDOC Week reminds all Australians that our First Nations peoples hold the solutions to our continued survival and collective unity.

The founder of NAIDOC Week, William Cooper, was a devout Christian and he asked Australian churches to start praying for Aboriginal peoples on what was originally known as ‘Aborigines Sunday’. Christians as a whole have played a significant role in the history of First Nations peoples and our future depends on us learning, working and walking together. 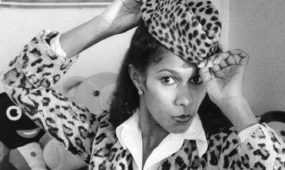 NAIDOC Week: being inspired by our First Nations peoples

NAIDOC Week is celebrated annually in July but due to COVID-19, it will be held this year between Sunday 8 and Sunday 15 November.

We have a number of in-person and online informative sessions and activities planned to help you learn more about our First Nations peoples and to celebrate NAIDOC Week. Due to COVID-19, attendance numbers are limited, so registration is required.

Visit the ACSQ website to find out what events are being held this NAIDOC Week.

The hashtags for NAIDOC Week this year are: