There are four different religious orders in the Anglican Diocese of Melanesia – the Franciscans, the Melanesian Brotherhood, the Sisters of the Church and the Community of the Sisters of Melanesia. In very recent times three members of the Melanesian Brotherhood, who originally formed in 1925 in the Solomon Islands, moved to the Diocese of North Queensland to set up a household on Thursday Island. These Brothers are going to work alongside the folk who live in the Torres Strait.

They will take their unique style of mission there. The work has broadened to include the work and mission among both Christians and non-Christians. The Brothers aim to live the Gospel in a direct and simple way, following Christ’s example of prayer, mission and service. They live alongside the people they are serving, respecting their traditions and customs. The Brothers follow a daily cycle of prayer and daily Eucharist and they take vows of poverty, celibacy and obedience with many serving between seven and 20 years. Some take life vows, with all Brothers totally relying on God to supply their every need.

They not only offer spiritual teaching but also practical assistance. They plant, harvest, fish, build, eat and share with everyone in their care. There are many challenges but there is also much to celebrate: a resurgence in Aboriginal and Torres Strait Islander cultures, and above all the light of Christ entrusted to our First Nations brothers and sisters. May that light be shared and celebrated by all of us, especially in this Diocese of North Queensland where folk truly live in a beautiful country entrusted by God to First Nations peoples and shared by everyone. 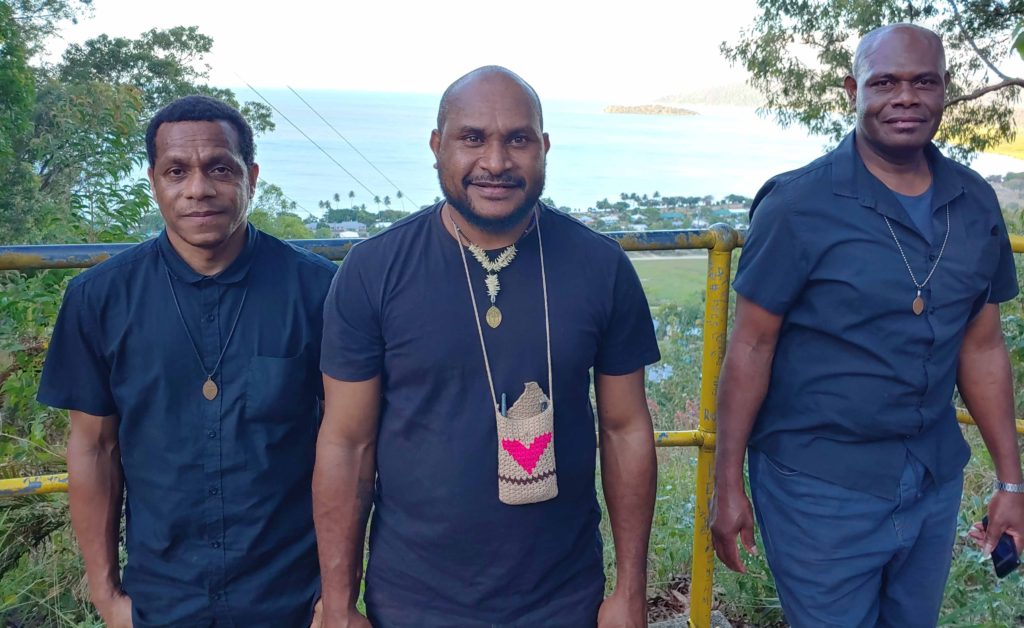 The cultures of the Torres Strait Islanders have been resilient over the years, and are a great treasure, often best revealed in the spirituality of the Islanders. Next year the Torres Strait Islands – along with the broader Church and the Australian community – will celebrate the 150th Anniversary of the Coming of the Light. On 1 July 1871 London Missionary Society missionaries landed on Erub and the fuller light of Christ was made known, transforming the Torres Strait Islands. Warfare was replaced by peace and communities were strengthened as they gathered around the Lord’s Table.

Our God, known in part before, became known in greater fullness. This great event is celebrated with much joy each year by Torres Strait Islanders, and especially by Anglicans who took over the mission work from the London Missionary Society in 1915. Under Anglicanism the use of local languages and dance was restored, with Torres Strait Islanders brought into leadership roles. There remains a great deal to be done as we all move together to celebrate the 150th Anniversary of the Coming of the Light, with now a great time to give thanks for that light and to pray for all the Torres Strait Islanders who are preparing for the celebrations in 2021. It is in this context that the work of the Melanesian Brotherhood will take place. They will be supporting everyone prayerfully and with great consideration for all. We need to give thanks for all these good things in life.

The traditional ‘uniform’ of the Brotherhood is both symbolic and practical. The main item of dress was a simple black loin cloth reaching to the knees, made of black calico. At the waist was worn a black belt, underneath which was another item made of calico, white in colour, folded to form a sash. On arrival in a village, the white sash was unfolded and was worn as a best uniform for prayer. The effect of the white on black was of the light entering the darkness – an image of how the Brothers understood their work. When in their best uniform, with the black calico folded to form the sash over the white loin cloth, the Brothers were reminded that they themselves sometimes prevented the light from shining clearly – for the Brothers, the black sash represented themselves and their human weakness. This basic uniform cannot have been simpler or more practical. It was also possible to wash it easily and leave it to dry quickly in the sun. They have adapted their uniform where necessary, often wearing shirts and short trousers with the traditional sash and belt, but keeping the white ‘sulu’ or loin cloth for best dress. 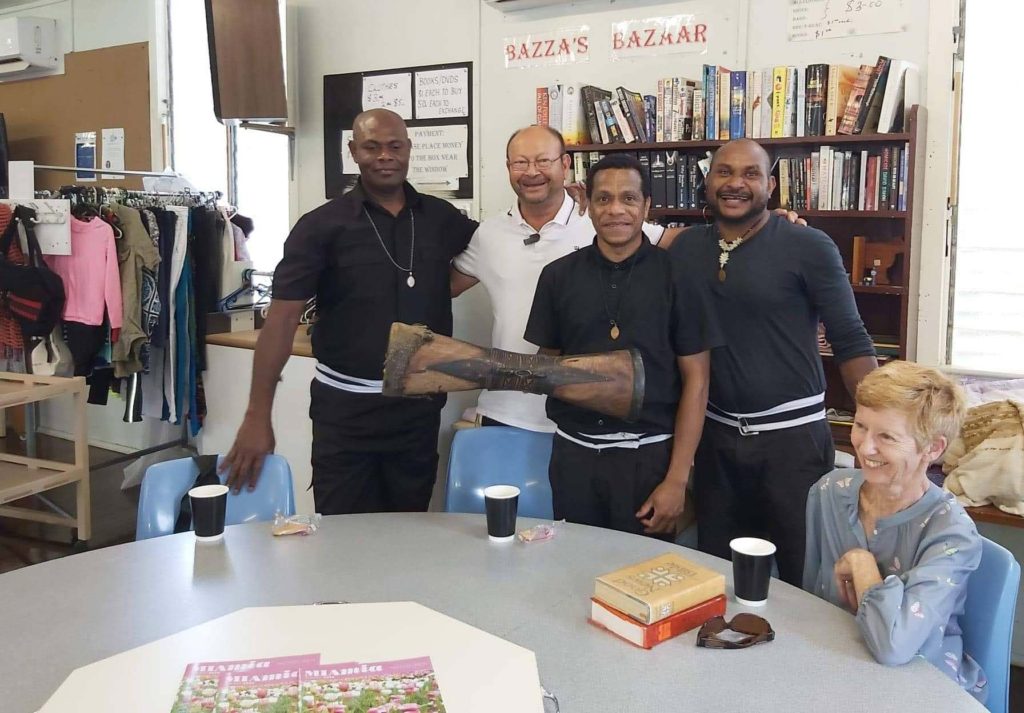 With a napsack on their backs containing their Prayer Book, Bible and a few other essential things, the Brothers were ready for action anywhere. Brothers have changed their endeavours, so that they now include the work of renewal among nominal or lapsed Christians. This has enabled them to work in team ministries with clergy and members of other religious communities, as well as other Church workers, both in towns and rural areas. 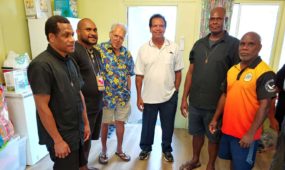 They deliberately follow the example of Jesus and the apostles when they set out to proclaim their message in Palestine.

This year Archbishop Phillip Aspinall’s Anglican Board of Mission (ABM) November Appeal will support ministry and mission in the Anglican Diocese of North Queensland. Funds given to the Archbishop’s November Appeal will be “used by the Diocese of North Queensland for high-priority Aboriginal and Torres Strait Islander mission activities”, including supporting the Melanesian Brotherhood household on Thursday Island.

Please consider giving generously to the Archbishop’s ABM November Appeal by visiting the ABM website. Please, also, pray for the Melanesian Brotherhood who give so much to the communities whom they work alongside.