Since 2015, the St Margaret’s Anglican Girls School community has raised almost half a million dollars for Queenslanders affected by cancer.

They have done so through an entirely student-led initiative – the Ponytail Project.

The Ponytail Project is the legacy of a group of students who, in 2015, were empowered to make a difference to the lives of others after news that a parent among the school community had been diagnosed with breast cancer. Sadly, the following year, St Margaret’s students had even more reason to support the cause after the loss of one of their beloved teachers, who was also a past student, to cancer.

So significant had this philanthropic endeavour become, it was soon embraced as an annual fundraising campaign with students encouraged to reflect on the impacts of cancer and other medical conditions and, where hair loss is involved, how they could help boost someone’s confidence.

In 2019, Cancer Council Queensland adopted the students’ campaign idea, encouraging schools across the state to involve their students in the cause.

In August, 137 ponytails were donated to Real Fringe Hairbands to make a difference in the lives of those who have lost their hair due to cancer treatment or alopecia. In addition, a record $118,000 was raised for Cancer Council Queensland and the Minotti Trust.

129 students and eight teachers participated in the school’s annual Ponytail Project which, according to St Margaret’s Principal Ros Curtis, empowers the girls to experience how their actions can make a positive difference in the lives of others.

“Each year, we see the girls motivated to give back and inspired to actively contribute in this most significant way,” Ms Curtis said.

“It is very empowering for them to experience how their contribution can make a real difference. The act of cutting their own hair is tangible and enhances the girls’ gratitude.

“The Ponytail Project helps to develop students’ philanthropic mindset and inspires the girls to continue to give back to the communities in which they live and will one day work. 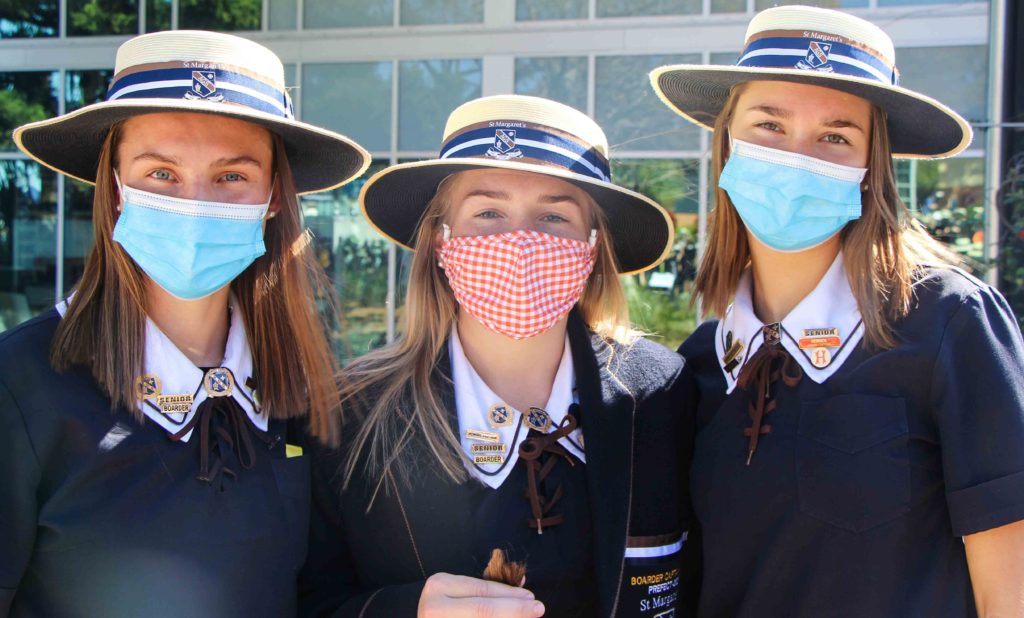 St Margaret’s students Olivia Donoghue, Primrose Carrigan and Ella Macfarlane donated hair to the Ponytail Project in August 2021 to raise money for the Cancer Council Queensland and so their hair may be provided to oncology and alopecia patients

This was Year 12 student and School Captain Zara Campbell’s fourth year participating in the Ponytail Project and she says philanthropic opportunities like these are ingrained in St Margaret’s philosophy and history.

“Since St Margaret’s began, the Sisters of the Society of the Sacred Advent have always highlighted the importance of service to the community through their educational and social endeavours,” Ms Campbell said.

“Indeed, these values still strongly underpin the St Margaret’s community to this day, and, through acts of service like the Ponytail Project, students are able to realise that we can not only have a massive impact on society, but we are also continuing the Sisters’ legacy.”

Olivia Donoghue, also a School Captain, said: “I believe that this opportunity equips us to continue philanthropic endeavours after school so we can continue to positively impact the lives of others”.

While students in Years 7 to 12 could elect to have their ponytails cut, St Margaret’s primary students wore crazy hair in support of the Ponytail Project.

Participating in the event is an important learning opportunity for the primary students, too, who witness firsthand how an individual or a collective community can make a real difference in the lives of others.