The staff at St Martin’s House reception received a pleasant surprise in late March when a small, but special, piece of our history was returned to our Diocese. A silver ceremonial trowel, housed in a simple wooden box, is linked to an important part of the history of Maryborough, and to one of the first European inhabitants of Maryborough.

Edgar Aldridge was born in 1817 near the town of Great Baddow in Essex, England. Immigrating to Australia, he settled at Kempsey in NSW and established a local hotel and inn. In June 1849 he married Maria Sarah, who was a widow. She and Edgar had two children, Maria Rachael and Harry Edgar, and with Frederick (Maria’s child from her previous marriage) they moved to Maryborough in 1849. 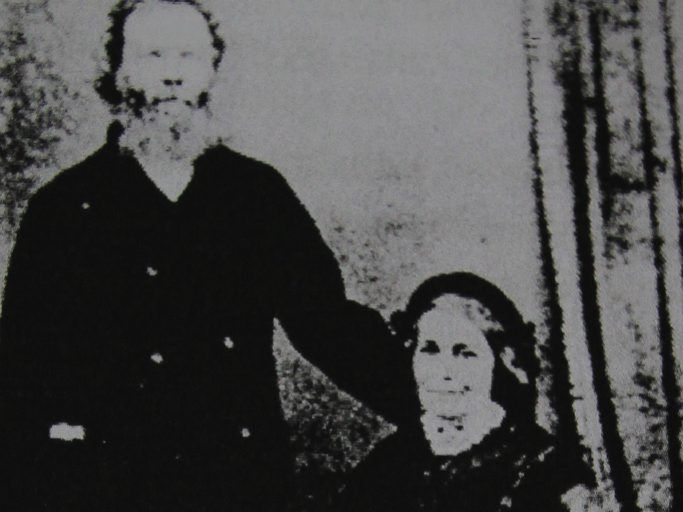 At first the family lived in the hotel that Edgar had established – in 1854 Edgar built a timber slab house that became known as “Baddow”. Eventually the whole area around the house became known as “Baddow” by locals. Through speculative land purchases and successful business ventures, the Aldridges became quite wealthy. From 1861 to 1866, Edgar held the position of Alderman of Maryborough. 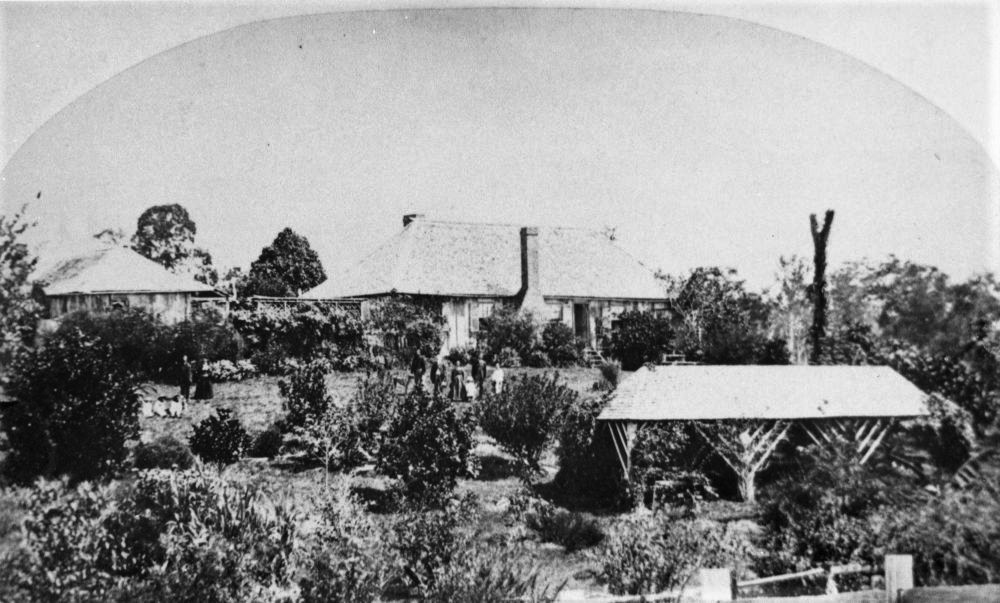 Edgar, along with other early European arrivals, was the chief hand in establishing a church in the district. A basic wooden construction was erected in 1852. This “Old Slab Church” needed a priest – and in late 1852 Aldridge wrote to the Bishop of Newcastle guaranteeing a stipend for a clergyperson. On 1 July 1853, The Rev’d Edward Tanner was licensed as the Minister in the District of Wide Bay and Burnett River. Ill health forced Tanner to resign shortly after, and The Rev’d T.L. Dodd took over.

In 1856 it was determined that the expanding settlement needed a new church. Land was donated for this purpose by Edgar and others for 21 pounds. The old church was pulled down and re-erected at the new site in Lennox Street. In 1866 another church was constructed at the present site of St Paul’s – and the “Old Slab Church” reverted to a Sunday School. In 1878 the present brick church was constructed and dedicated, with Bishop Mathew Hale consecrating the church the following year.

Maria Aldridge’s health began to decline in the early 1880s and she died on 17 March 1886. She had been a regular attendee at church and surviving parish records note that the Aldridges paid a regular rent on one of the pews at St Paul’s, as well as contributing to the stipend of the Rector. Following her passing, Edgar paid for the construction of two memorials to her – one was the outstanding freestanding bell tower for St Paul’s Church in Maryborough and the other was a school, St Thomas Church of England.

In early 1887, the Parochial Council proposed to construct a Sunday School in Newtown. Tenders were called for and potential sites were examined. Upon hearing of the proposal, Edgar donated land in Pallas Street and agreed to pay all construction costs. 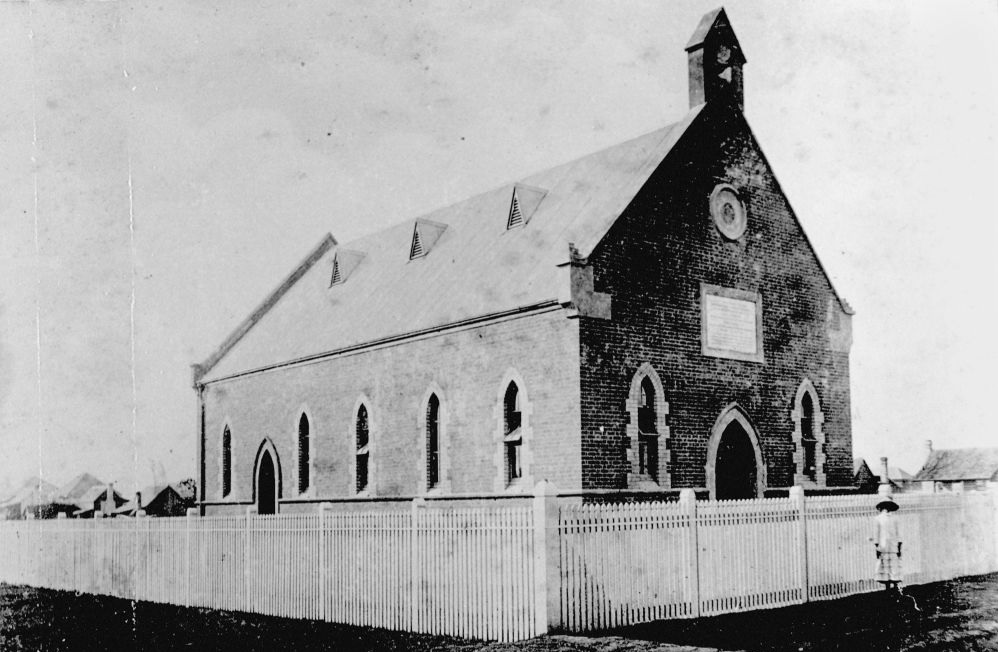 During the early stage of St Thomas’ construction, Bishop William Webber visited to lay the foundation stone. Several news stories of the period note the visit, but it is the Maryborough Chronicles 10 October 1887 news story that is of most interest.

“Mr. F. Bryant, on behalf of Mr. H. E. Aldridge, who was absent from town, presented the bishop with a silver trowel and a mallet.”

The fate of the mallet is unknown and the Records and Archives Centre does not know what happened to the trowel after the service. It is presumed that the trowel stayed in Maryborough. The box does not indicate when it was made or if it is in any way related to the ceremony – it may be the case that someone decided that the trowel needed to be properly stored and protected in a simple, but sturdy container. 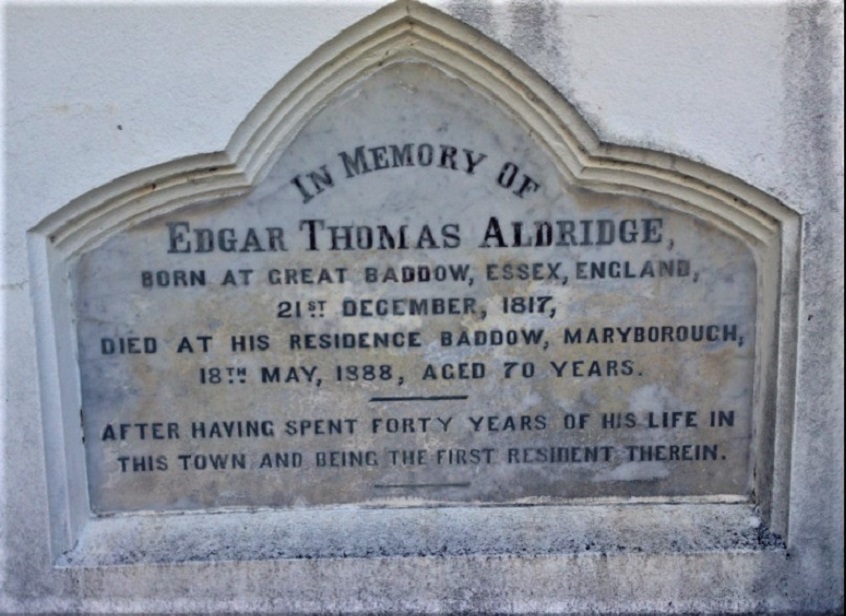 Edgar died the following year on 18 May 1888 in Baddow House. The house has gone through several hands since and was placed on the Queensland Heritage Register in 1992.

The history of the silver trowel can only be speculated – it and the box eventually ended up at a second-hand stall in western Queensland, where it was bought some 20 years ago for the un-princely sum of five dollars.

Inscribed on the trowel is the following:

“Presented to the Lord Bishop of Brisbane on the occasion of his laying the Chief Stone of St Thomas’ School Church, Pallas Street, Maryborough. Oct 14, 1887.” 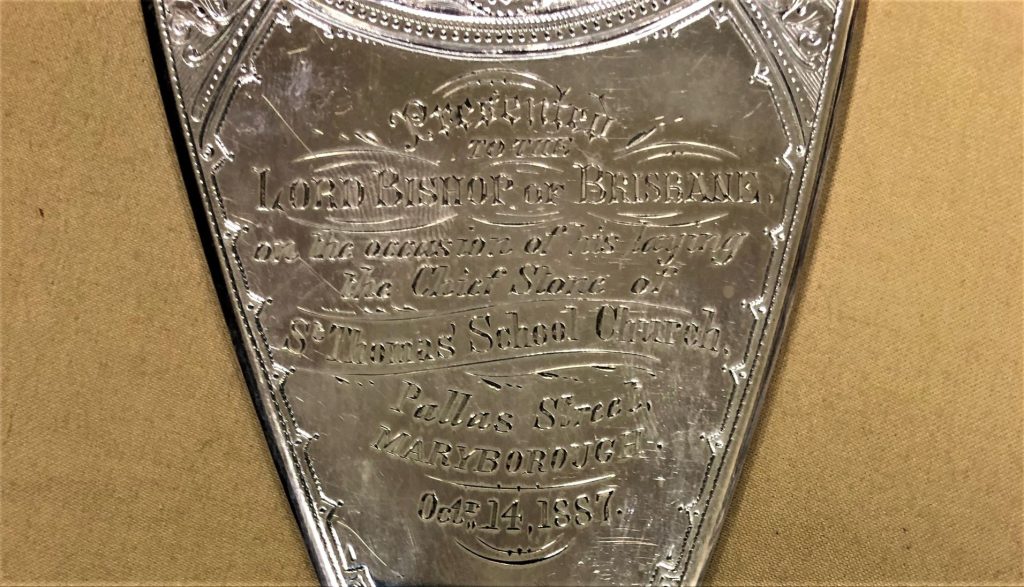 The trowel is now held in the Records and Archives Centre in Church House on Ann Street.

On behalf of our Diocese, I would like to thank Mr John Young for firstly recognising the importance of the trowel, and then returning it to the custody of the Diocese.

Although St Thomas’ closed in 2005 and is now in private hands, the church still has a plaque above the door with the following inscription:

“St Thomas’ Church of England
This land and building were given by the bereaved
Husband and children, for the Glory of God,
And in memory of
The worth, goodness, benevolence and Christian virtues of
Maria Aldridge,
Wife of Edgar Thomas Aldridge, of Baddow House, Maryborough,
Who died 17th March, 1886.
‘She stretched out her hand to the poor; yea, she reached forth
Her hands to the needy. Her children arise up, and call her blessed;
Her husband also, and he praiseth her. A woman that feared the
Lord, she shall be praised.’ Prov. XXXI 20, 28, 30.”

Image of Property Register entry for St Thomas’ Church, Maryborough (The original is held in the Records and Archives Centre) 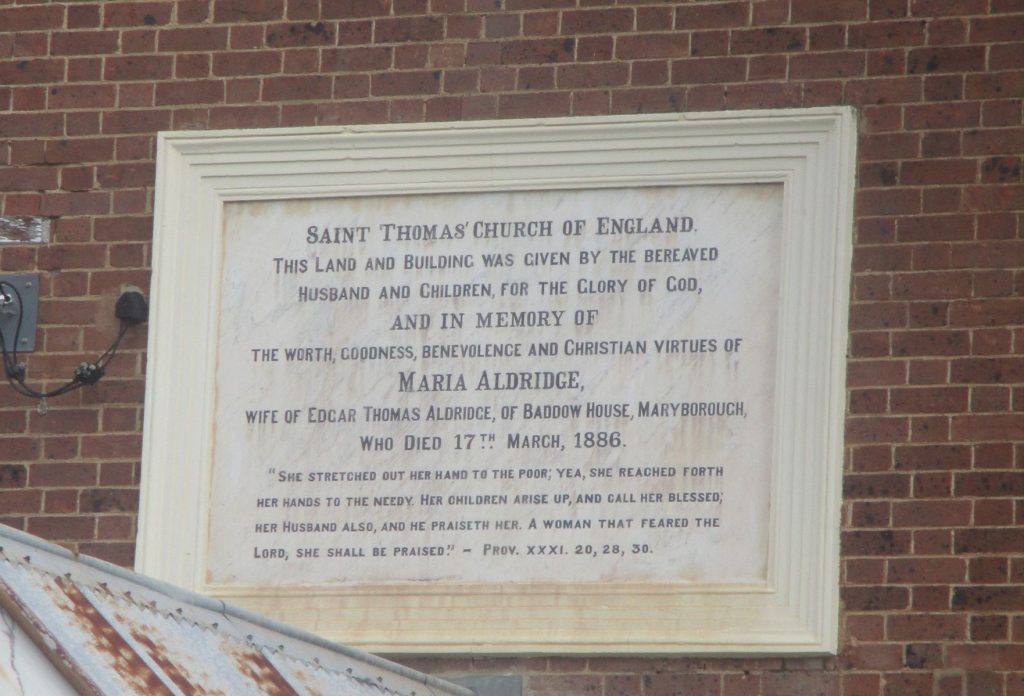 The plaque above a door of St Thomas’ Church, Maryborough in memory of Maria Aldridge