The Church Commissioners acknowledged on Thursday that their £10.1-billion fund has early links with the transatlantic slave trade. Both the Commissioners and the Archbishop of Canterbury have apologised.

The revelations come after research into Queen Anne’s Bounty, which was established in 1704 to tackle poverty among the clergy through the buying of land (from which the clergy received the income) or through an annuity stream. The Commissioners came into being in 1948 after a merger of the Bounty and the Ecclesiastical Commissioners.

The research was initiated by the Commissioners in 2019 — shortly before the death of George Floyd sparked the Black Lives Matter movement, and amid an international debate about monuments to people with links to the slave trade.

The Commissioners worked with forensic accountants and the historians Dr Helen Paul and Professor Arthur Burns to review early ledgers and other original source documents from Queen Anne’s Bounty. 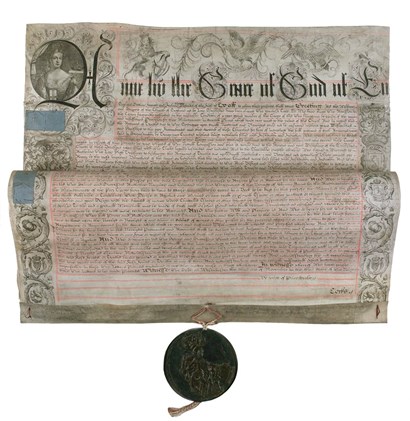 An initial four-page report, published on Thursday, shows that, in the 18th century, Queen Anne’s Bounty invested significant funds in the South Sea Company, which traded in enslaved people — its main commercial activity between 1715 and 1739, when it transported 34,000 people in “crowded, unsanitary, unsafe, and inhumane” conditions over 96 transatlantic voyages.

The Bounty “also received numerous benefactions, many of which are likely to have come from individuals linked to, or who profited from, transatlantic chattel slavery or the plantation economy”, the researchers write.

About 14 per cent of its income between 1708 to 1743 was given by benefactors, among them Edward Colston, a slave trader whose statue in Bristol was toppled and pushed into the harbour during protests in 2020. The Bounty used this money to buy land and property to augment clergy income or pay the Church’s running costs. Of this land, “most if not all” is no longer in the Commissioners’ property portfolio, the report says.

From 1723 to 1777, funds that were not used to buy land were invested almost exclusively in South Sea Company annuities. By the time the Company ceased slave-trading in 1739, these investments were worth £204,000, which may be equivalent to about £443 million today, the report states.

Archbishop Welby, who chairs the Commissioners, said on Thursday that these links were “a source of shame” for the Church. “I am deeply sorry for the links with transatlantic chattel slavery that the Church Commissioners has identified. This abominable trade took men, women, and children created in God’s image and stripped them of their dignity and freedom. The fact that some within the Church actively supported and profited from it is a source of shame.

“It is only by facing this painful reality that we can take steps towards genuine healing and reconciliation — the path that Jesus Christ calls us to walk. This is a moment for lament, repentance, and restorative action. I pray for those affected by this news and hope that we may work together to discern a new way forward.”

“Alongside this work to consider our past, we continue to lobby for change in the companies in which we invest today, and call for those companies to champion human rights within their supply chains. Through our policy of advocating ‘respect for people’, we aim to create a fairer world today in which all of God’s children can flourish.”

A fuller report of the findings will be published later this year, and a group is being formed to consider a possible response.