The window depicts artwork from the front cover of the first Anzac Day order of service, which was held in Brisbane in 1916.

The Parish of Ithaca-Red Hill is the grateful recipient of funding by the Queensland Government’s Queensland Anzac Centenary grants program.

The Parish takes great pride in its role in the history of Anzac Day.

It was from the vestry of St Barnabas Church that Canon David Garland led his campaign to make Anzac Day a key day of remembrance, not only for Queensland but also Australia. He was an important architect and originator of Anzac Day ceremonies and rituals, and he was described in 1924 by acting premier WN Gillies as the ‘life and soul’ of the Anzac Day Commemoration Committee.

Garland initiated the Anzac Day march, the returned soldiers’ luncheon, the two minutes silence, the wreath-laying ceremonies at memorials and the special church services. He also began a trust to use money raised from Anzac Day badges for the care of soldiers’ graves at home and abroad. The royal blue silk badges devised by Garland include the winged lion of St Mark, because St Mark’s Day coincided with Anzac Day. The badge and ceremonies, vigorously backed by Garland, were taken up in other states and territories, and to a very large extent in New Zealand and Great Britain.

In 1916 Brisbane held its first Anzac Day service in the evening at the Brisbane Exhibition Grounds. A march through the centre of Brisbane had taken place earlier in the day. Canon Garland was the Secretary of the planning committee and helped plan the order of service. He saw it as a civilian and non-denominational service.

The 1916 service was chaired by the Mayor of Brisbane and addresses were made by the Governor, the Premier, a returned Gallipoli chaplain and the Anglican and Roman Catholic Archbishops. The hymns were non-Trinitarian, so all religious denominations could sing them.

A copy of the original order of service is held in the State Library of Queensland.

The front cover of the 1916 order of service unusually depicts not only an Anzac soldier, but also representatives of the Royal Navy and Royal Australian Navy, the Army of the Republic of France, a Maori soldier and an Indian soldier. 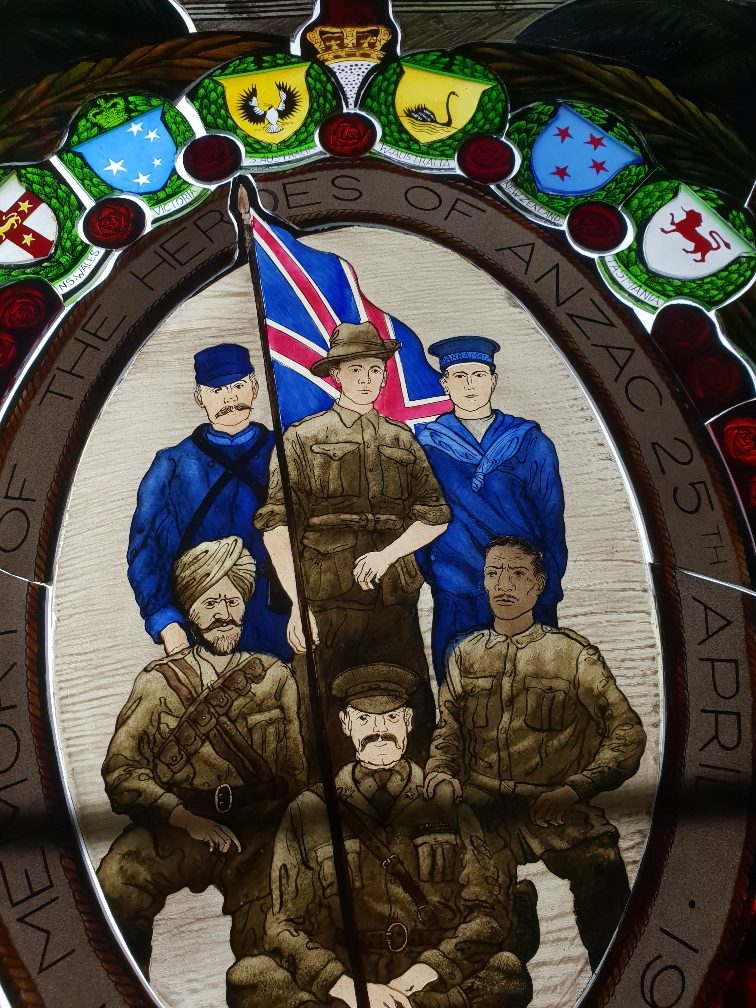 A panel of the window featuring Anzac and multi-cultural Defence personnel, inspired by the design of the order of service from the first Anzac Day service held in 1916

These last three depictions are important, as this window will be one of the few memorials that commemorate the service of these troops alongside the British and Anzac forces. Also, in a multicultural Australia, we now share the story of Anzac with descendants of these troops who have come to our shores since 1918.

Also depicted in the window are two lions of St Mark, later to be included in the Anzac Day badge.

The design and manufacture of the window was done by Julian Podmore of Leadlight Craftsman at Newmarket.

For those wishing to attend, please RSVP to heroesofanzacwindow@gmail.com by 9 December 2018. 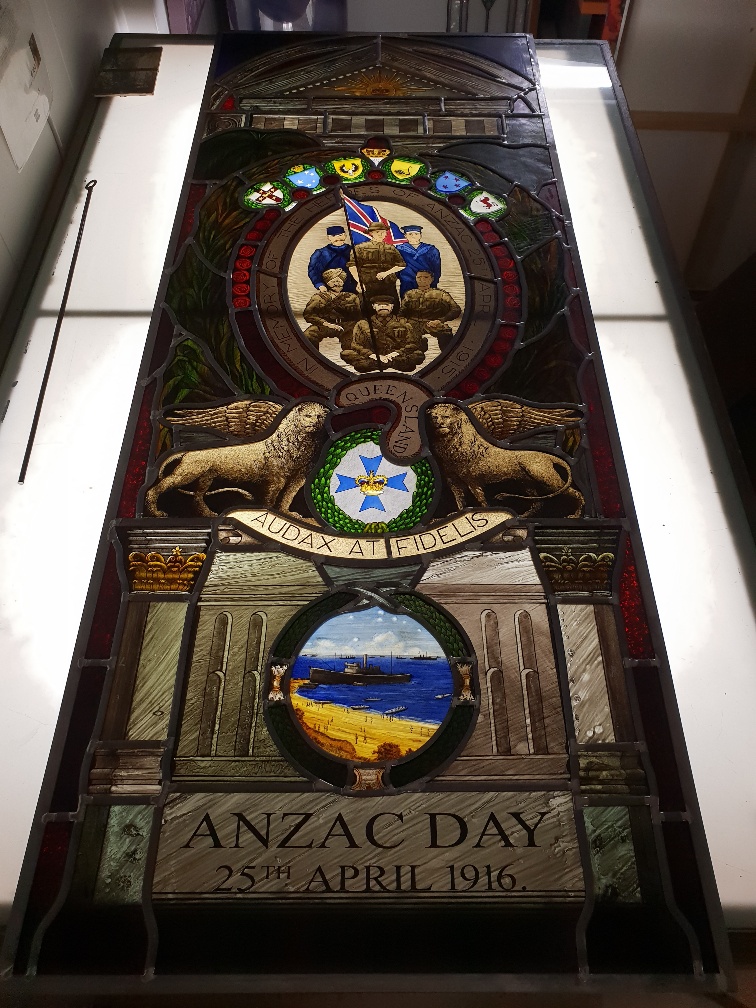 The stained glass window at St Barnabas Church, Red Hill which will be dedicated at a special event on 16 December 2018 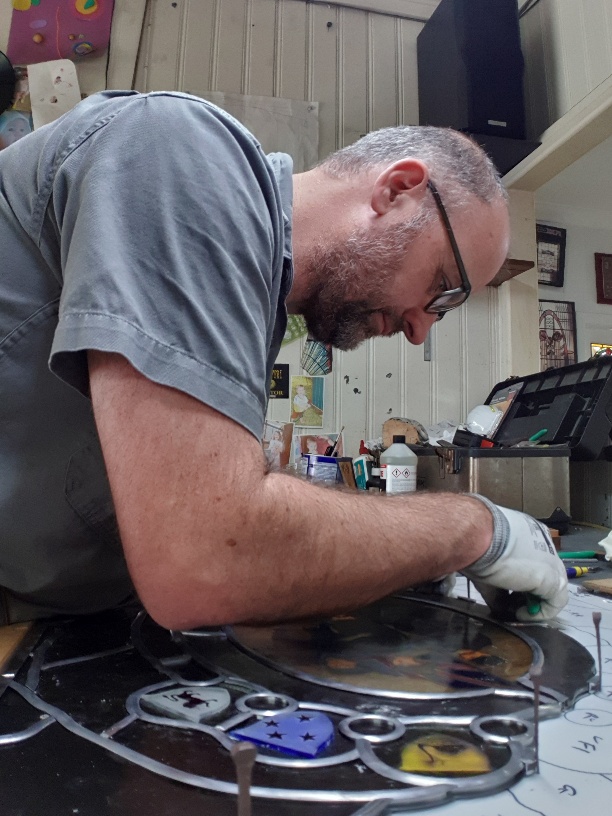