Coming to terms with the phenomenon of climate change has enabled many people to see more clearly that we live in an interconnected world. We are learning that everything from our choice of diet to the way we generate power affects the pattern of rainfall and floods, cyclones and wild fires.

Increasingly we are also recognising that our choices are affecting patterns of human movement. The people of The Torres Strait and the Pacific are contemplating the need to abandon their islands as a result of rising sea levels. These people are likely to become climate refugees.

The Syrian civil war has seen some 20 million people displaced from their homes. Many commentators have pointed to the role that climate change played in creating that conflict. Changes in climate led millions to abandon the countryside and move to Damascus. This mass movement destabilised the city and fuelled the unrest that led to the outbreak of the war. Many fear that such climate-change related mass dislocations of people will become more common as the effects of climate change become more pronounced.

For some time, refugee advocates have been arguing that Australia needs to develop a more compassionate response to those who seek asylum here. They argue that Australia’s willingness to be involved in the conflicts that create many of the world’s refugees needs to be matched by an increased willingness to deal with the problem we have helped to create. The fact that we are amongst the highest per capita emitters of greenhouse gases will increase this responsibility as the number of people displaced by climate change rises.

Despite the magnitude of the need and the responsibility that attaches to our production of greenhouse gases and to our role in geopolitics and conflict, our public discourse is strongly isolationist. Much of the public discourse is characterised by xenophobia, racism and the idea that we are somehow separate from the rest of the world. And, can remain separate.  The public discourse enables both major political parties to get away with policy settings that are simplistic, draconian and cruel.

Churches have been strong advocates for a more compassionate response to people seeking asylum and refugees. This shared concern seems to get its focus from the fact that the Exodus story is so deeply embedded in our faith narrative. In that story, the Hebrew people flee persecution and find refuge in a new land. The story ends with the call to always welcome the stranger and to make room for those who come to you seeking safety.

This story of hospitality to the stranger enables the church to sing a different song to that of the secular culture and reminds us that we are shaped by stories. Narratives are better at shaping our response to life than facts.

Over the last few years, SBS has been producing a program called Go Back to Where You Came From. In that show regular Australians, many of who are anti-refugees, are introduced to the individual story of someone who is seeking asylum or is a refugee. More often than not, the Australian changes their mind about refugee policy in some way. The individual story transforms people in ways that facts about wars, refugee numbers and climate change cannot. 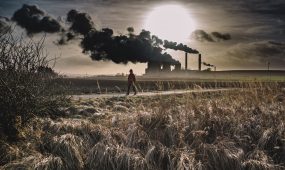 Recognising the power that stories have provides us with a clue as to how we might progress the churches’ advocacy on refugee and asylum policies.

This week is Refugee Week, and this year’s Refugee Week theme is ‘A world of stories’. This theme reminds us that every refugee seeking safety brings their own story of why they left home, of their journey and in some cases of finding safety in Australia. The sharing of stories is an opportunity to not only remember and honour their journey but also to educate the Australian community to better understand the courage and contribution that refugees make.

During this Refugee Week, you might care to find a refugee’s story to share with a friend or relative. Or you might ask if your community of faith might invite a refugee or person seeking asylum to visit and share their story over a shared meal.