Earlier this year, when researching my article on Church House, Bishop Jonathan Holland dropped into the Records and Archives Centre and expressed how pleased he was upon hearing that I was writing an article on The Rev’d Canon Ivor Church. Sadly, I had to disappoint him and clarified with him that ‘Church House’ was the subject of my research, and not ‘Canon Ivor Church’. However, his enthusiasm inspired me to investigate Canon Church. I discovered that in addition to being the Principal of St Francis College for 30 years, he had lasting influence on the Anglican Church in Australia.

Ivor Church was born in Kingston-on-Thames, England in 1913 to a Church of England family. Orphaned at an early age, in 1925 he travelled to Fremantle, Western Australia – staying at the Fairbridge Farm School in Bunbury. There, he joined the Church of Christ and later moved to Melbourne to study at the Church of the Bible.

Ivor later ‘re-joined’ the Church of England after encouragement by a local priest (possibly the Chaplain for Geelong Grammar School). He was Deaconed at Melbourne’s St Paul’s Cathedral in 1939 and priested the following year. Ivor served as curate of All Saints Anglican Church in East St Kilda and then served in the Royal Australian Air Force as a Chaplain from 1942 to 1946. After a period at St Edmund’s Hall, Oxford (where he received his Master of Arts), in 1951 he was appointed the Principal of St Francis Theological College at Milton – a position he held for 30 years.

During his time as Principal of St Francis College, he of course influenced the teaching and thinking of a number of graduates while ensuring that his views, more evolutionary than revolutionary, were heard through broader channels (through articles, publications and sermons), and by hosting a number of liturgical conferences at the College. He welcomed married students and helped provide accommodation to them, while also providing pastoral supports to student’s families which helped create a strong sense of community. He also broke new ground by permitting lay people to study at St Francis College. 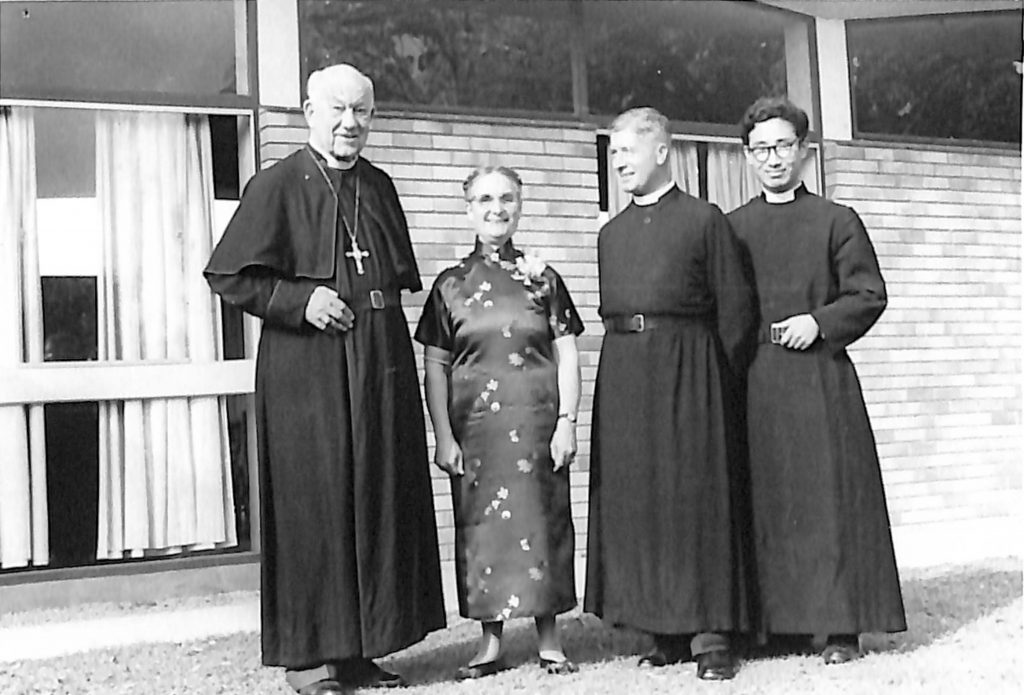 An examination of some of his articles and letters held by the Records and Archives Centre show that he was prepared to note and explore both sides of an argument. He warned against “censorious and prejudicial judgement of others”, and believed that “a generous open spirit of understanding…leads to true freedom”, and that the Church “needs better human skills function as the Body of Christ in the modern world.” 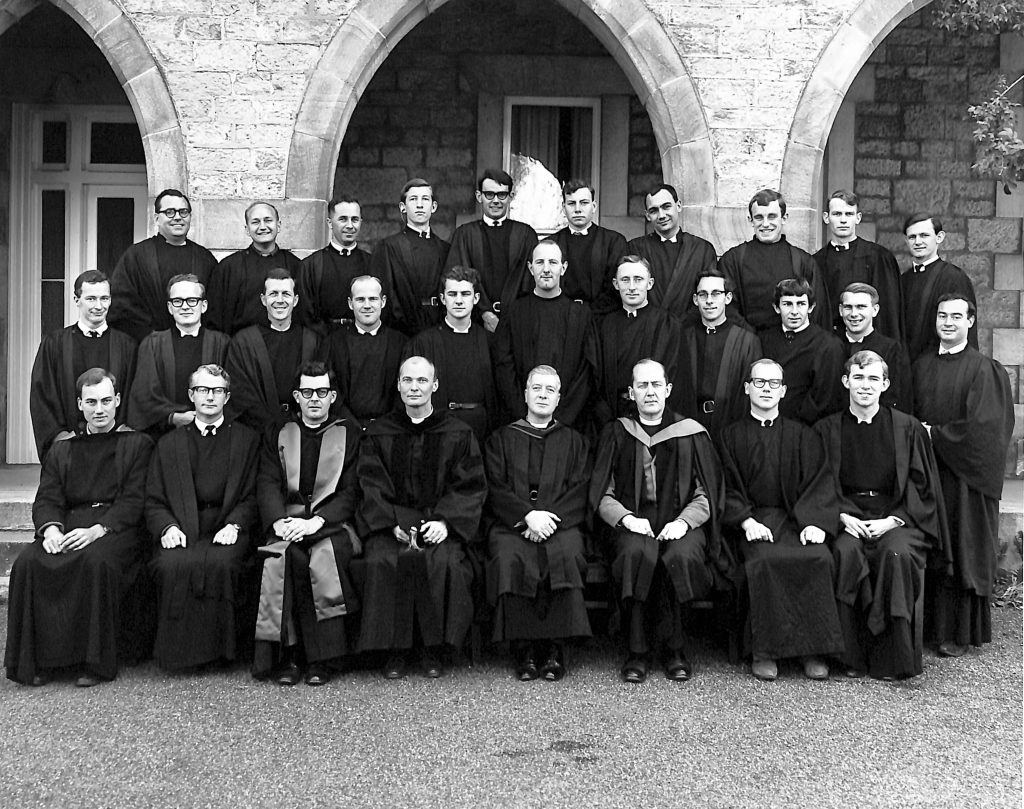 On liturgical reform, he noted that not all conservatism is inherently bad – as it “has helped to preserve the inestimable treasures of the Church” – but that the liturgy as then used was “not adequate for the needs of the modern world”. On women and the priesthood, he argued that “God ….expresses the essential nature of both sexes infinitely”, and that the essential qualification is that “one belongs to a redeemed humanity”. He published several articles and books which examined the stories and teachings of the Bible. In A Study of the Marcan Gospel*, he particularly examined the different phrasing and wording for similar stories in the Gospels of Luke and Mark, and argued that the “underlying master theme which unites all these events and ideas is that of the Suffering Son of Man.”

While he agreed that some conservatism was good, he was no fan of bureaucracy. In a letter of June 1980, he noted that the canon on the election of Archbishops “is so worded… that we have to wait until the See is vacant before we can…elect a new Archbishop – a crazy arrangement particularly when Archbishop Arnott has given us six months’ notice.” 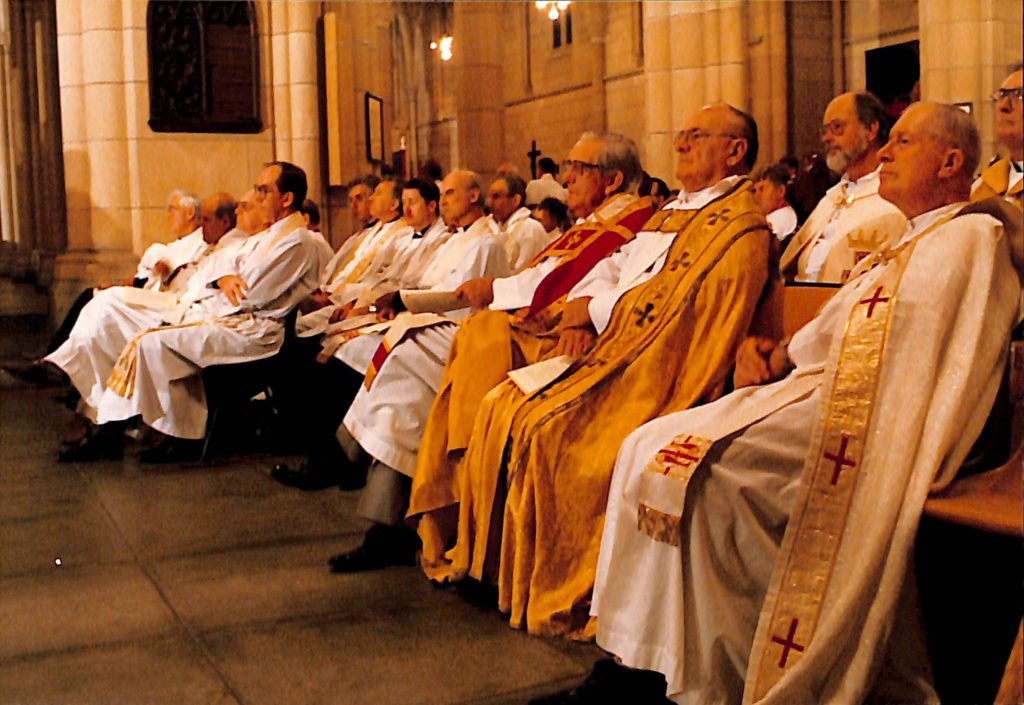 Ivor also encouraged the exhibition and examination of modern art at the College, and Bishopsbourne was often adorned with donated artworks. In a letter of August 1972, he noted to a friend that a “sensuous portrait” of St Francis of Assisi had been lent to the College by the Johnstone Gallery. In response, he noted that the controversial nature of the portrait “has divided our present community in two…I suppose that is what interesting art should do.”

Ivor served as a residentiary Conon of the Cathedral and as a commissary for the Bishop of Polynesia, John Vockler. He was also active in the ecumenical movement, contributing to the Queensland Faith and Order Commission for many years and representing the Australian church in Delhi at the World Council of Churches.

Retirement as Principal in 1981 allowed him more time to play bridge, golf and tennis. The following year, he was awarded an Order of Australia for services to the Church. 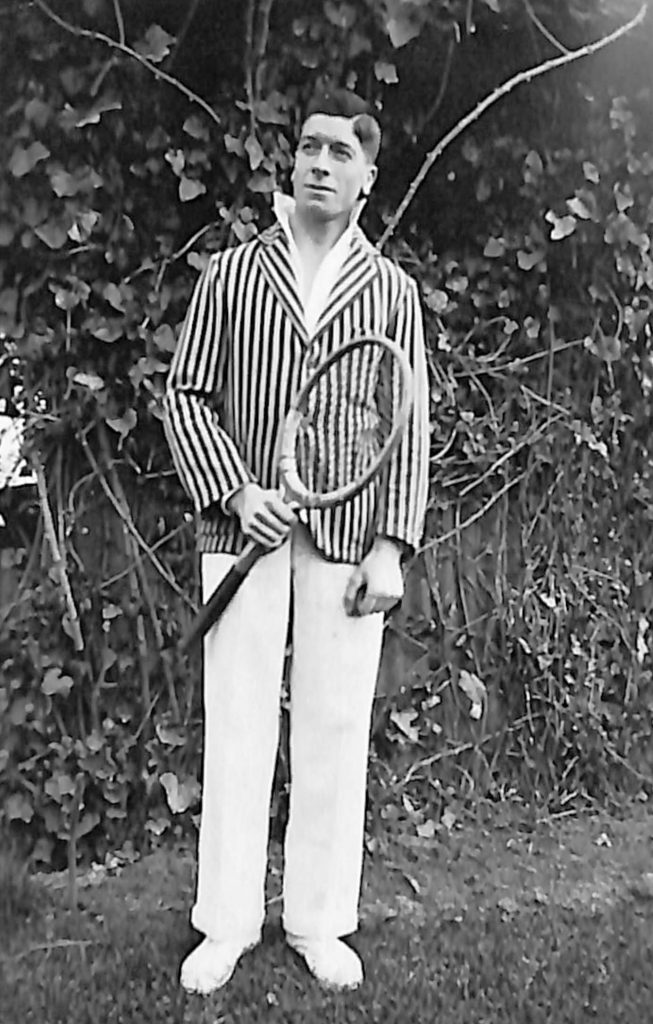 Ivor Church with tennis racquet, circa 1935

As Bishop Jonathon mentioned to me, “Canon Ivor Church had a lasting impact on a generation of priests for our Diocese, modelling his own understanding of what it meant to follow Christ – to treasure the sacraments, to be reverent and diligent in prayer, to love the scriptures, to be generous and kind in pastoral dealings with others and to be open to the Holy Spirit at work both in church and society.”

*For a copy of the book, visit the Roscoe Library at St. Francis College as they have a wonderful collection! 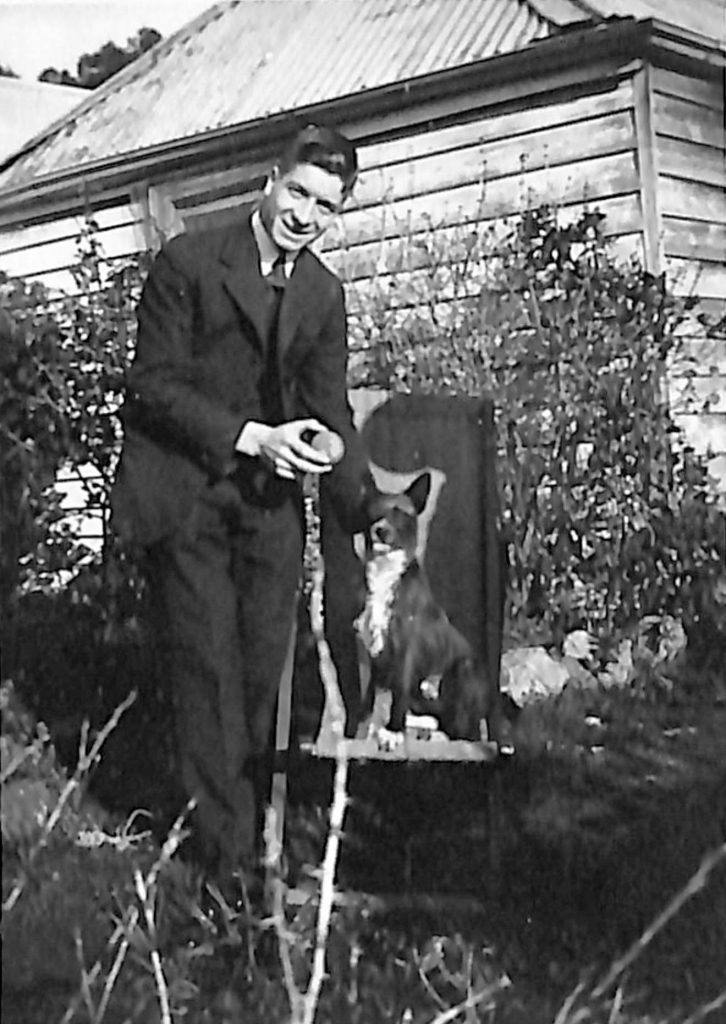 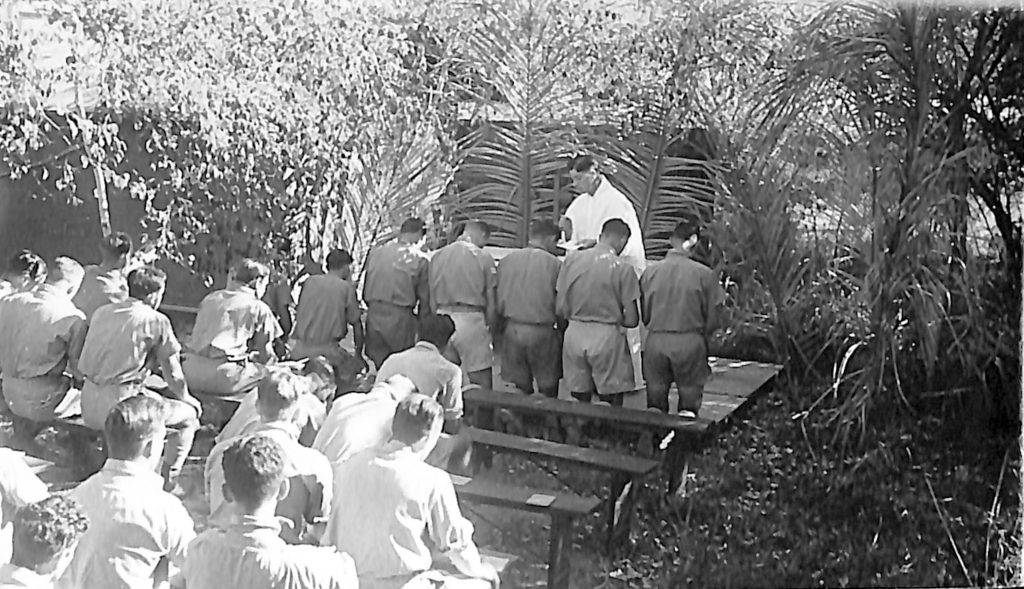 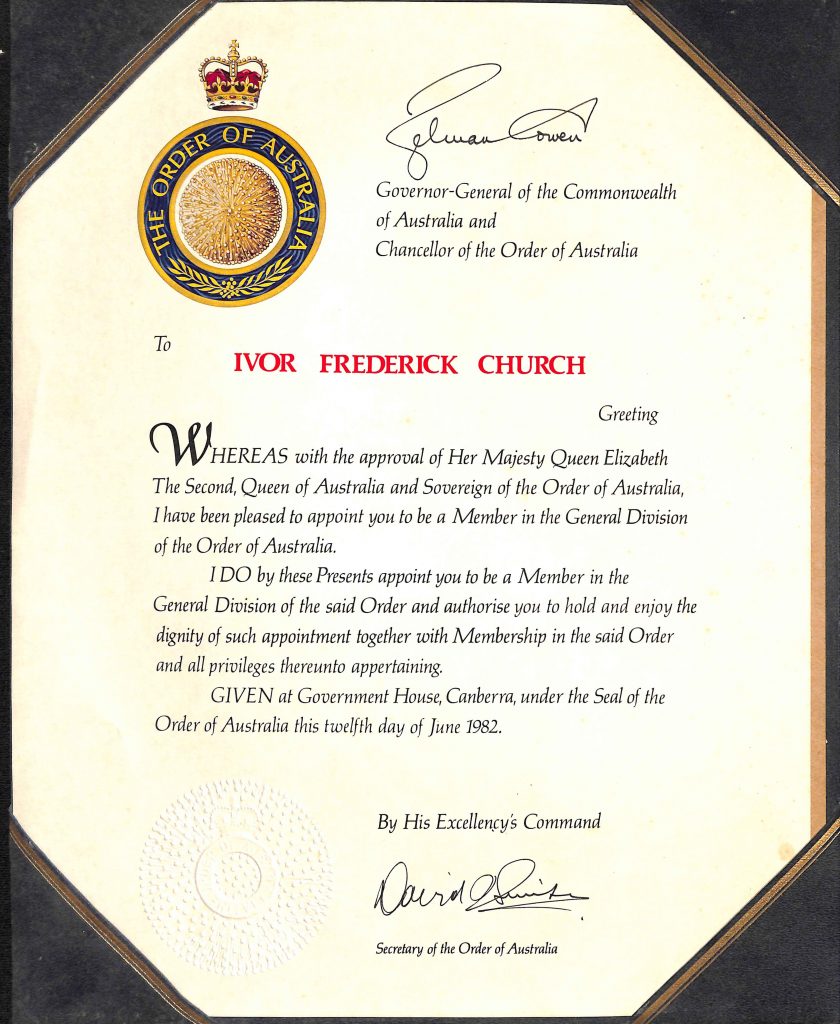