Opening statement by the Anglican Archbishop of Brisbane The Most Rev’d Dr Phillip Aspinall to the Queensland Parliamentary Committee Inquiry into aged care, end-of-life and palliative care and voluntary assisted dying.

The choice people face at the end of life is often portrayed as being between:

However, if good palliative care is available, the choice for the great majority of people is very different and many of their concerns and fears can be allayed.

When care for the dying is poor or when people are lonely and frightened, a decision to suicide is hardly uncoerced or free.

I submit that this committee should recommend better resourcing for palliative care, including in regional and remote communities, Aboriginal and Torres Strait lslander communities and in nursing homes, and better training in palliative care for health professionals.

Spiritual care is an indispensable element of end-of-life care.

The World Health Organisation’s definition of palliative care includes an emphasis on spiritual care. Organisations of medical professionals also recognise this, as would many submissions to this lnquiry.

Spiritual care, or as it is sometimes called, pastoral care, provides a supportive, compassionate presence with people at times of significant transitions, illness, grief or loss.

It is an integral part of holistic care, inextricably linked with quality of life. A distinction is drawn between physical pain and suffering. Suffering also includes what is sometimes called ‘existential suffering’. lt includes “loss of self-worth, loss of control, fear, guilt, anger, resentment and anxiety” (Senate, 1997,75).

lt is linked with a sense of diminishing meaning, purpose and worth, loss of connections with others. Professor Peter Ravenscroft (palliative care specialist) testified to the Senate lnquiry in 1997 that existential suffering ‘leads patients to request euthanasia more often than pain does’ (ibid). “Requests for voluntary euthanasia are extremely rare when concerted efforts are made to alleviate physical, spiritual and emotional suffering’ which led him to conclude that ‘requests for euthanasia are usually a call for help rather than a call for euthanasia” (Senate, 1997,76).

The Senate Inquiry also heard evidence about the way in which organic and spiritual dimensions of suffering are intimately related in a dying person.

Pain is not the biggest issue in the dying…it is more a spiritual, a grief, an emotional thing.

Often when people have pain which is out of control, it is compounded by their other suffering, which can be addressed in other ways (Senate,1997,79).

lt relies entirely on churches and religious bodies to provide this care in public hospitals by properly qualified professionals without any financial contribution by Queensland Health.

I submit that this Committee should recommend the Queensland Government should contribute to providing spiritual care as an indispensable dimension of palliative care, as do other Australian States.

Both sides of this debate appeal to compassion. Compassion is a primary social and moral value. Compassion means, literally, to suffer with another. Care is about being with a person, easing their pain and suffering to the greatest possible extent, remaining with them in companionship and solidarity through their most vulnerable and difficult times, and not abandoning them. 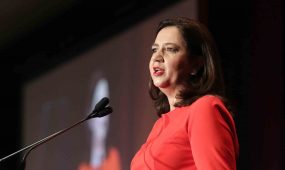 End-of-life care should ease pain and suffering to the greatest extent possible, short of taking a person’s life.

That you do not take human life has been a social, legal and moral cornerstone of civilised society.

Should this committee recommend legislation providing for voluntary assisted suicide in Queensland, then it is incumbent on the committee to provide a cogent rationale for such a fundamental change. As recently as the 1990s, Australian states, the Senate and, the UK’s House of Lords, all inquired into euthanasia and all recommended against it, with the exception of Victoria.

The Committee should provide a reasoned analysis of those previous reports and a careful explanation of why they are now considered to be in error socially, legally, morally or logically.

I submit there have been no such alterations in principles to warrant legislating for voluntary assisted suicide.