Members of The Anglican Church Southern Queensland joined 30,000 student strikers and other community members in Queen’s Park for a global day of action rally and march on Friday, three days before the UN’s Climate Acton Summit in New York.

The Brisbane rally was one of several around the nation, with a total of 300,000 people reportedly gathering across the country in one of the largest protest events in Australia’s history.

Over 2,500 businesses across the country took part, either shutting or allowing employees to attend the rallies.

It is wonderful to see all sectors of our diverse community, including students, workers, business owners and people of faith coming together to demand: 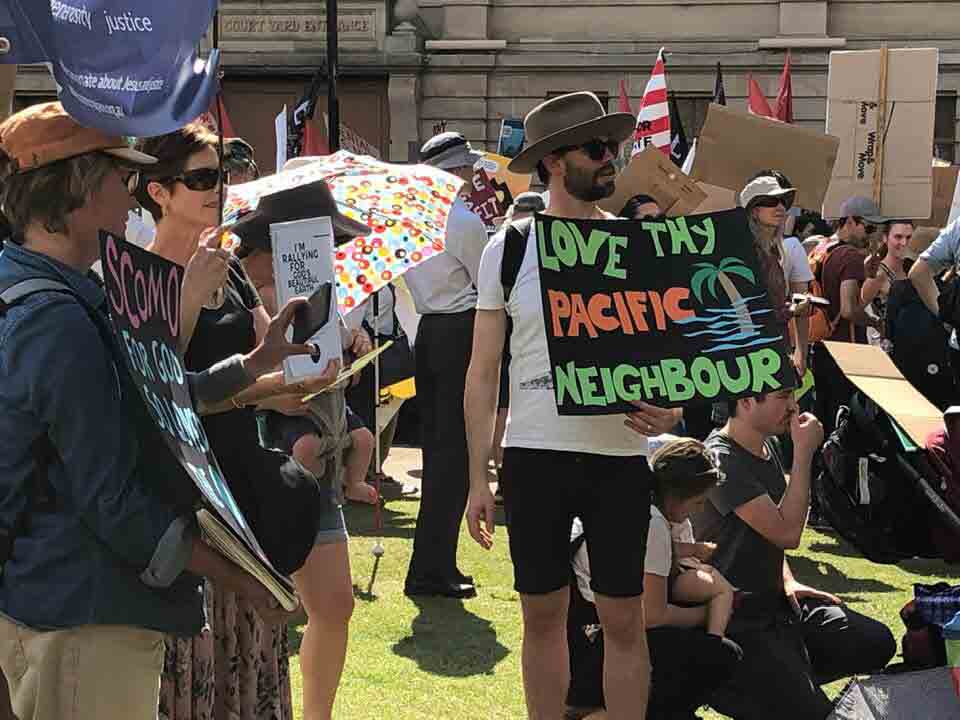 People of faith gathered with 30,000 striking students, workers and business owners in Brisbane’s CBD on Friday 20 September, demanding meaningful climate justice action, including for our Pacific neighbours, some of who have already been forced from their ancestral homes due to rising sea levels

The global day of action was led by Swedish 16-year-old Greta Thunberg, whose initial strike outside Sweden’s parliament in August last year sparked a global movement, and her nomination for a Nobel Peace Prize.

In response to the large numbers of people who gathered in Australia on Friday for the global day of action, Greta took to Twitter saying, “Australia is setting the standard!”

A number of Anglican school students joined in the rally and march, many with parents and family members who came to support and stand in solidarity with them.

Siblings Hannah and Thomas Greaves were among the students who participated, clearly articulating why they attended and the urgency of the situation.

Hannah Greaves said, “It is necessary for students to strike because it is our future that is being ruined by climate change.”

Thomas Greaves said, “If some students protest, then it will help spread the message of how important climate justice is.” 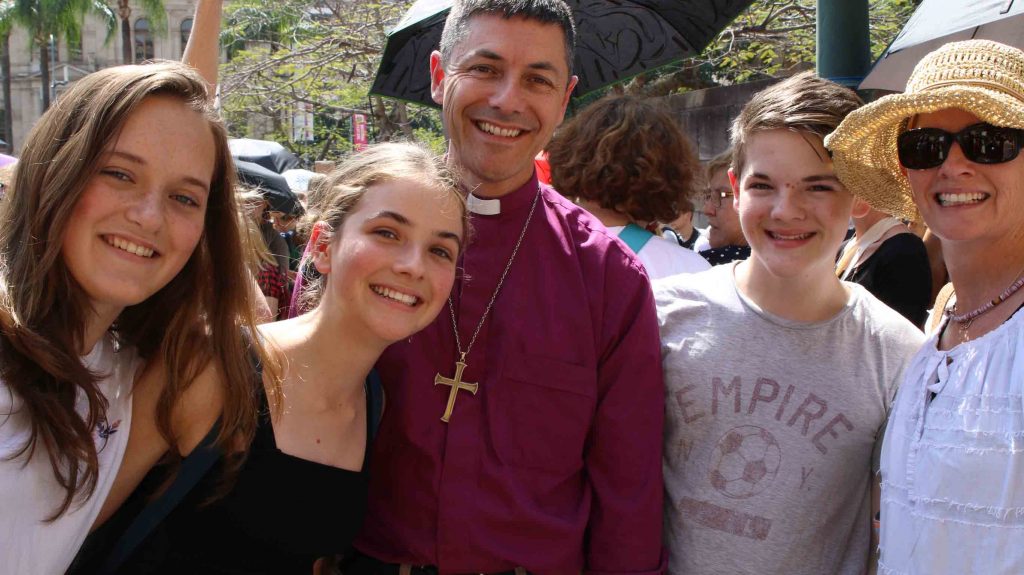 Hannah and Thomas Greaves with another student striker, along with parents Bishop Jeremy and Josie, who came to support the students

Prior to the rally and march, clergy and lay people from across our Diocese attended a Climate Justice Prayer Event hosted by Wesley Mission, our Doing Justice team, Queensland Churches Together and other Christian organisations.

The event allowed people from various churches to gather, pray and reflect before joining other concerned locals in Queen’s Park for the Global Climate Strike event.

The speakers and prayers at the Climate Justice Prayer Event led us in a lament. We acknowledged that we have allowed the land to be degraded, the seas to be polluted and the atmosphere altered.

Those who spoke and prayed reminded us that we have the capacity to address this crisis of our own making.

They also reflected on the need for the church to be the voice of those on the margins, including the people of the Torres Strait and the Pacific, who are already being affected by Climate Change.

We resolved to support our farmers who are facing unprecedented drought, and to advocate for a just transition for communities and workers who will be affected by the changes that will occur as we deal with the climate emergency.

We also thought about how the spirituality of kinship that inspired St Francis of Assisi to call the Earth ‘Mother’, and other creatures ‘sisters and brothers’, is something that the Christian tradition can offer the world at this time. 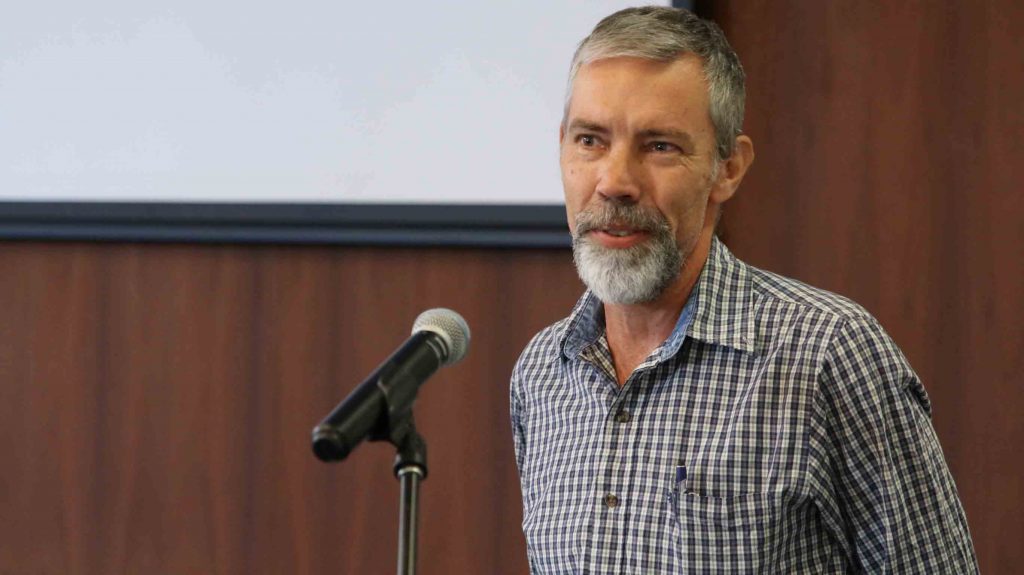 Mark Delaney from Australian Religious Response to Climate Change and St Andrew’s Anglican Church, South Brisbane spoke at the Climate Justice Prayer Event about the effects of climate change on friends living in India and the Pacific Islands

Some Christians are asking why the church is supporting the student strikers, and this is understandable if they are unaware of the international role of churches historically in peaceful protests and civil disobedience.

These include priests, nuns and lay Christians who campaigned for African-American Civil Rights; churches who hid Jews in wartime Europe; and, Australian Christians who protested and engaged in civil disobedience in the 1980s and 90s to protect East Timorese people.

There are even Biblical examples of civil disobedience, including the Hebrew midwives in Exodus who disobeyed Pharaoh’s edict to kill all male babies, instead protecting them. In Acts, John and Peter were arrested for disobeying the Sanhedrin by teaching people in Jesus’ name.

The Anglican Communion’s Fifth Mark of Mission is, ‘To strive to safeguard the integrity of creation, and sustain and renew the life of the earth’.

Those taking part in the prayer event and Global Climate Strike events were seeking to honour this integral part of the church’s mission.