For many years I have collected coins, and because of my Christian faith I have focused on coins relating to the history of Christianity. Christians generally do not know that coins were invented in the 7th century BC and that rulers such as Pontius Pilate and Herod Antipas (also known as ‘King Herod’ in the New Testament) issued coins. I found that handling coins that circulated in Palestine during the time of Christ strengthened my faith and made me realise more clearly that it is historically based.

Since retiring from medical practice, I have been able to spend more time on my coin studies and I have become a researcher for the Centre for Coins, Culture and Religious History. It is a non-profit organisation and the director is The Very Rev’d Dr Gregory Jenks, Dean of Grafton. Its mission includes using coins, manuscripts and other items in religious education, and I have enjoyed taking displays to a number of church schools in recent years.

For Christians the most famous coin is the one held by Jesus in Mark 12.15. After asking whose head was on the coin he said, “Give to Caesar what is Caesar’s, and to God what is God’s.” In the Roman province of Judea at that time, the Jews paid a tax to the Romans and a tax for the upkeep of the temple in Jerusalem. The taxes had to be paid in silver coins, but the Romans allowed the Jews to mint only bronze coins and, according to Jewish law, it was forbidden for them to make coins with human images on them. The silver coins required for the temple tax were minted at Tyre, which was the commercial centre of the region. They did not have the Emperor’s head on them. The Roman tax was generally thought to be the common silver coin, called a denarius, which was minted at Lugdunum (Lyon) in Gaul during the reign of the Emperor Tiberius. It has the head of Tiberius on the obverse and a seated woman on the reverse. She is generally thought to be Livia, Tiberius’ mother.

After investigating the matter, I came to the conclusion that the coin for the Roman tax could not have been a denarius because there is no evidence that denarii circulated in Judea at that time. None have been found in the hordes of coins discovered in Jerusalem and surrounding areas. The Jews probably paid the Roman tax in Tyrian coins, and the coin shown to Jesus in Mark 12.15 was most likely a tetradrachm, a silver coin minted at Antioch, the administrative capital of the Roman province of Syria. It was shown to him because the Jews found it objectionable and they wanted to get his reaction. It is the only silver coin minted at Antioch by Tiberius during the lifetime of Jesus. It has the head of Tiberius on the obverse and the radiate head of Augustus, his deified predecessor, on the reverse. Surrounding Augustus is the Greek inscription Theos Sebastos Kaisar, which means ‘God Augustus Caesar’. 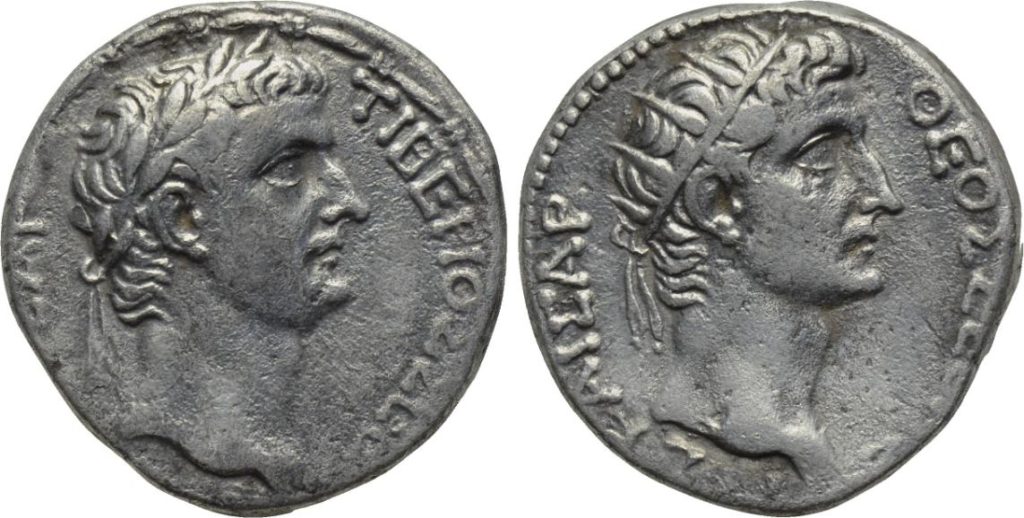 “The Jews probably paid the Roman tax in Tyrian coins, and the coin shown to Jesus in Mark 12.15 was most likely a tetradrachm [pictured], a silver coin minted at Antioch, the administrative capital of the Roman province of Syria”

The coin was not an incidental prop requested by Jesus. A group of Jews, probably from Antioch for the Passover, wanted to show it to Jesus. That this was the case is confirmed by the Gospel of Thomas where Saying 100 begins, “They showed Jesus a coin.” Mark wrote his gospel for Gentiles in Rome and he realised that they would not know what the tetradrachm was, so he changed the coin to the denarius that circulated in Rome. Also, he avoided criticising the Emperor because he knew that being pro-Roman was necessary for the spread of the Gospel. 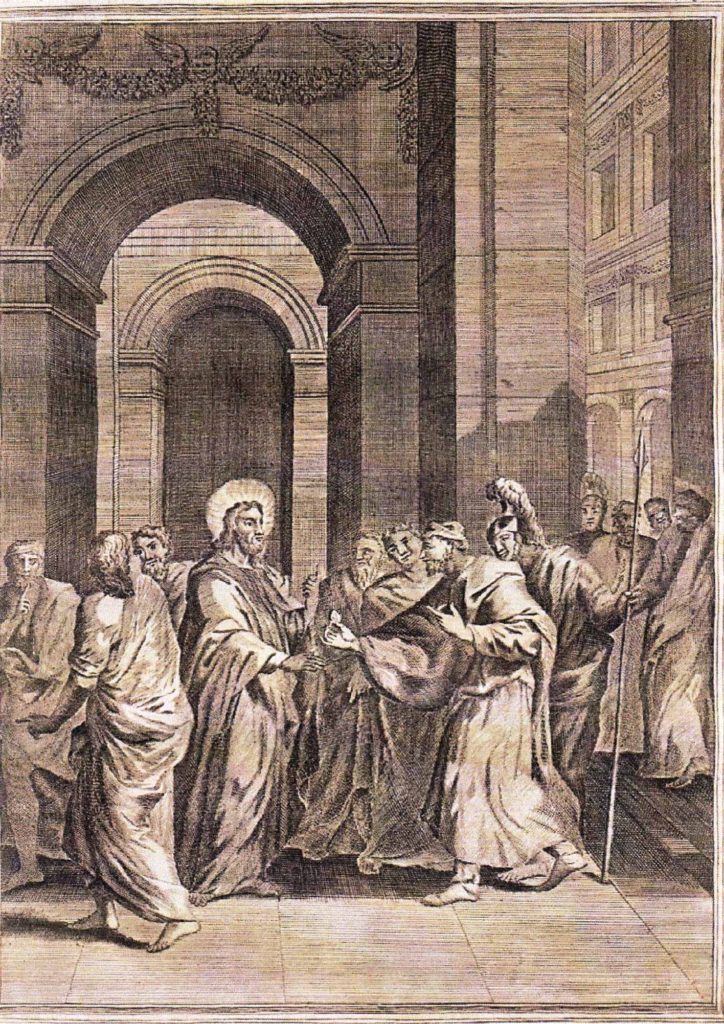 “The coin was not an incidental prop requested by Jesus…Mark wrote his gospel for Gentiles in Rome and he realised that they would not know what the tetradrachm was, so he changed the coin to the denarius that circulated in Rome”

My experience with the denarius in Mark 12.15 made me think seriously about other parts of Mark’s Gospel, especially the abrupt ending at 16.8. Although the most reliable early manuscripts do not have Mark 16.9-20 (as noted in NIV) I could not accept that Mark ended his Gospel with the words, “They said nothing to anyone because they were afraid.” After much thought I was convinced that I had found the solution to the problem and I wrote a book about it entitled The Ending of Mark’s Gospel, with the second edition published this year.