The onset of COVID-19 has impacted many things that we take for granted and has also meant many of us have had to change the way we work and interact. The Records and Archives Centre is no different. Due to physical distancing requirements, our wonderful team of volunteers (Glenda Murrell, Kay Smith and Judith Matthews) have been sheltering at home, our Reading Room has been closed, and Archives Researcher Adrian Gibb and I have been working offsite with occasional trips into Church House.

Despite this, we have been far from idle. We have been doing some much-needed data clean-up and refiling of electronic documents and mail. We are still able to respond to research enquiries (both internal and external) and we have also initiated some projects to enhance the history of the Diocese and access to our collection. 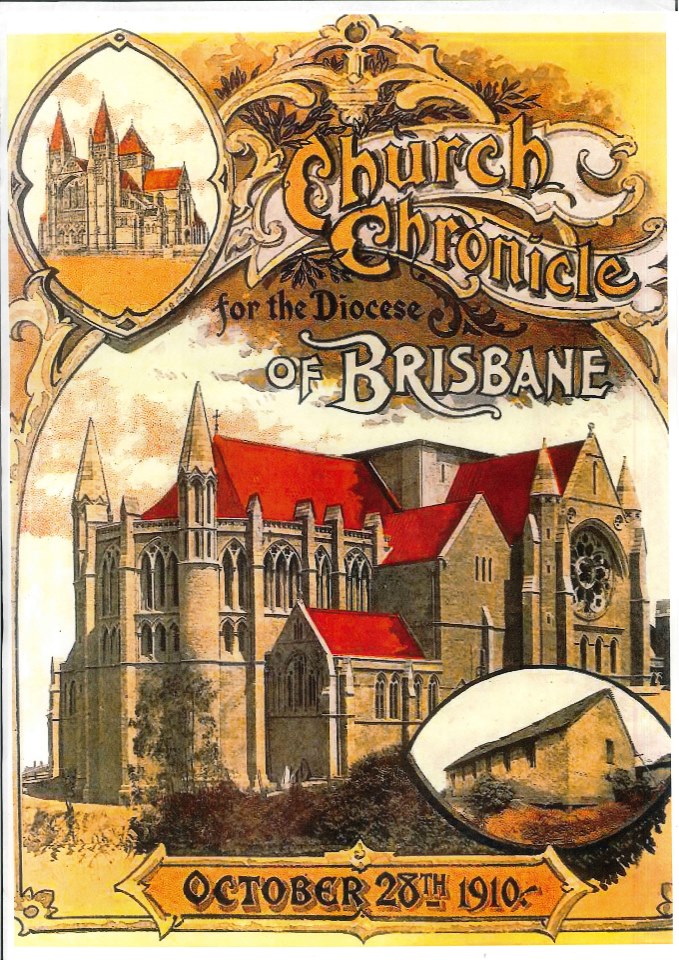 One of these projects involved developing special presentations on the history of our Diocese and the Cathedral Precinct. Parish Liaison Officer Kelly Houston encouraged Adrian and I to develop the presentations as a way of bringing together the many sources of information currently available. The ‘online tours’ are being shared through social media platforms, and we have received positive feedback on the presentations. We hope to utilise other online tools to share stories about the history of the Diocese in the future. 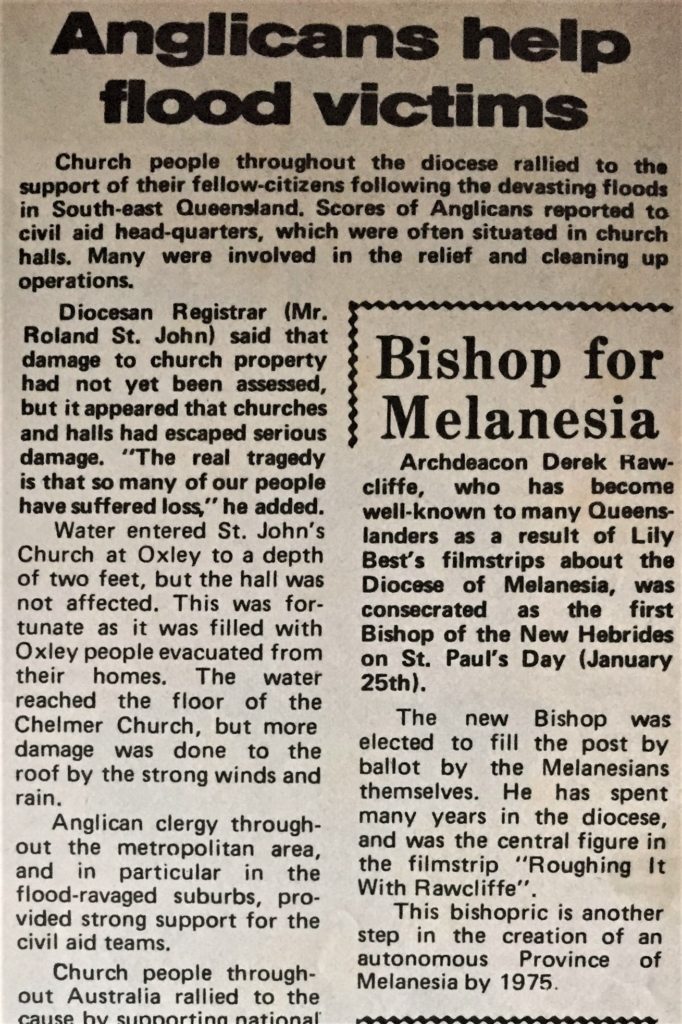 The Diocesan publication has experienced a number of name and format changes over the years, with its print form continuing until October 2018 when the news site anglican focus was launched. The Archives holds copies of the magazine and the newsletters (as well as the Church Chronicle Index) and some editions of FOCUS Magazine and Church Chronicle are electronically available through the National Library’s web archive, TROVE.

Several years ago, an index of the Church Chronicle was created by Ken Addison (former Diocesan Treasurer). At the time, Ken was working at the Archives as a volunteer – but he had a deep connection with and interest in the history of the Diocese well before this, being a past member of the Records and Archives Committee. Ken created many finding and research aids that continue to be of tremendous assistance to our work.

Our goal is to create a similar index for the newsletter and the magazine – to improve and enhance access to these publications and highlight the rich history of our Diocese. It will be a long task – but even what we have indexed so far has highlighted some stories, poems and parish events that have possibly been forgotten.

The interior of St Luke’s Anglican Church Mission Hall, circa 1910

Our researchers continue to send us many and varied queries – many are requests relating to baptism and marriages. A recent enquiry concerned a marriage at St Luke’s Mission Hall. The Charlotte St church (now the Pancake Manor) often gets overlooked in the history of the Diocese – which is sad because it played a vital role in our community for many years.

Constructed in 1904, it served as the Pro-Cathedral between the closure of St John’s in William Street and the completion of the first stage of St John’s in Ann Street. It also hosted the enthronement of Archbishop Donaldson (up to this point, Donaldson and all the previous leaders of the Brisbane Diocese had been Bishops). From 1910, it was used as the main hub for all mission activities across the city, and there were also school rooms, club rooms, and kitchen facilities.

The Anzac Club at St Luke’s on Charlotte Street Brisbane, circa 1930

After the World War I, Canon Garland (the resident Chaplain of St Luke’s) directed the Soldiers Church of England Help Society from the church hall, and an Anzac Club was open daily for soldiers. The hall was also used by other religious communities, such as the Greek Orthodox Church. From 1922 to 1977 the hall was used for Diocesan Synod until it was sold, decommissioned and converted for its current use. 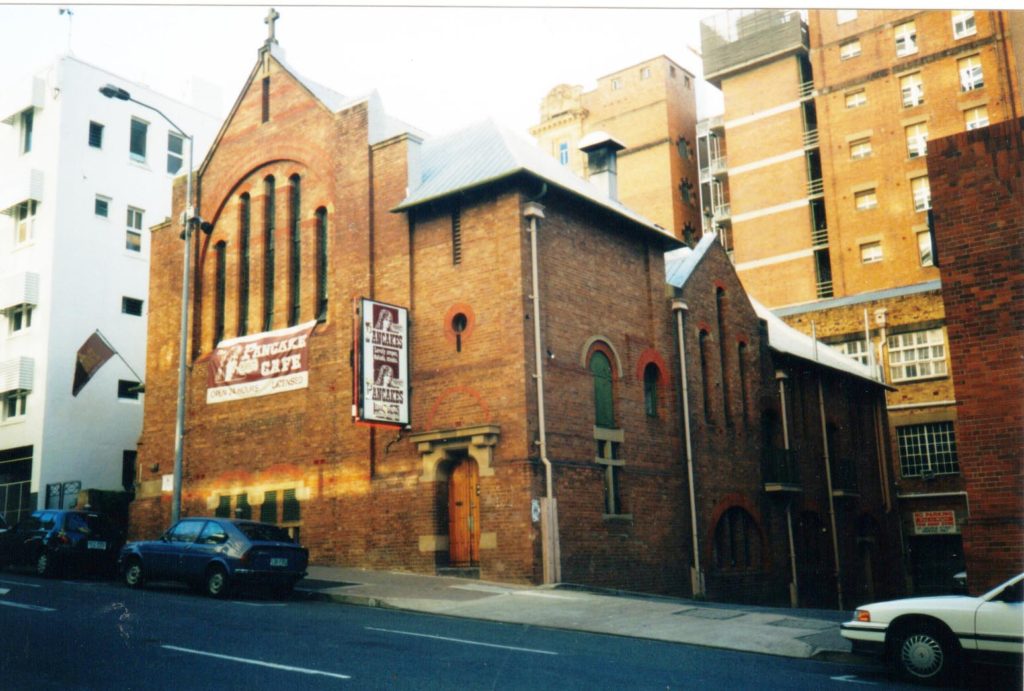 The former St Luke’s Anglican Church on Charlotte Street, circa 2012

We have many church registers for St Luke’s in our Archives and were able to provide information to one of our researchers regarding the marriage of William Deem and Sarah Laffan on 20 May 1916. The researcher had obtained the Marriage Certificate from the Registry of Birth, Deaths and Marriages, which notes that one of the witnesses was an ‘Elsie Rowell’ – an individual with no mention in her family’s history. We were able to confirm that Elsie was from Orange in New South Wales and that she was likely the bridesmaid. 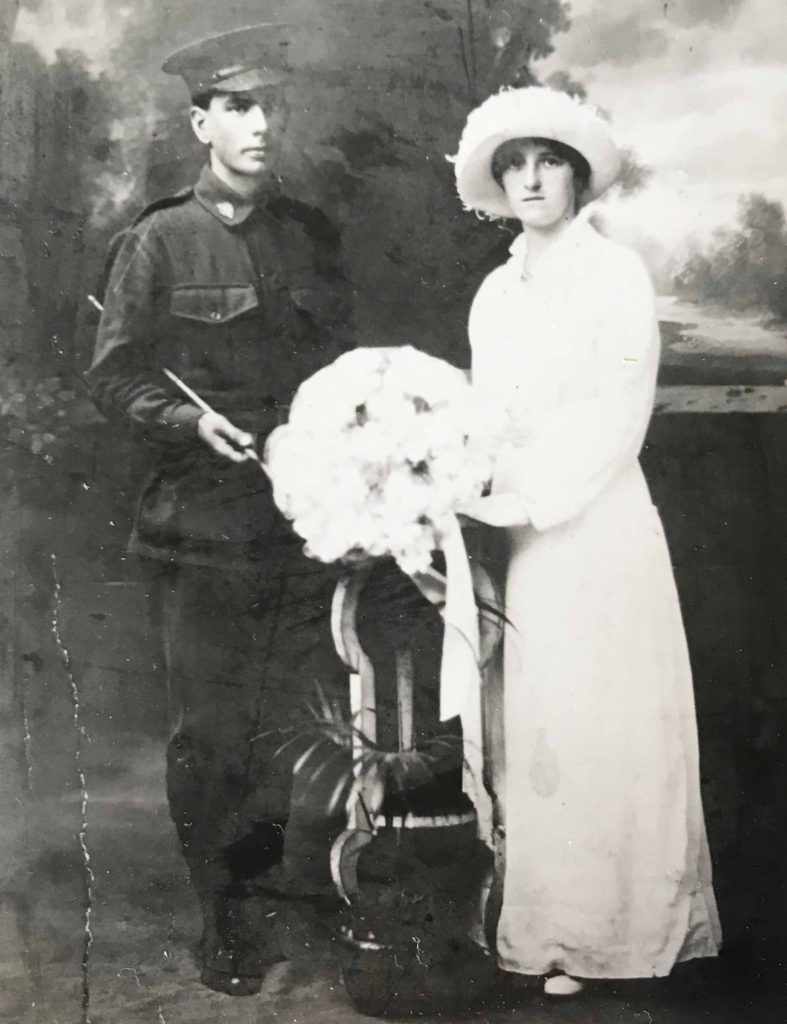 We were also able to confirm that Sarah had stayed at the People’s Palace (the Salvation Army Hostel across from Brisbane Central Station) as the marriage entry notes the Hostel as Sarah’s usual place of residence – although she had been living in Maryborough. The researcher is looking interstate for any records relating to Elsie as held in New South Wales.

From the middle of June, we have been coming into the Archives at least two days a week. Because of physical distancing requirements, the Reading Room is still closed for general researchers, but we are looking into providing special appointments for individual researchers – and, of course, welcoming our volunteers back! 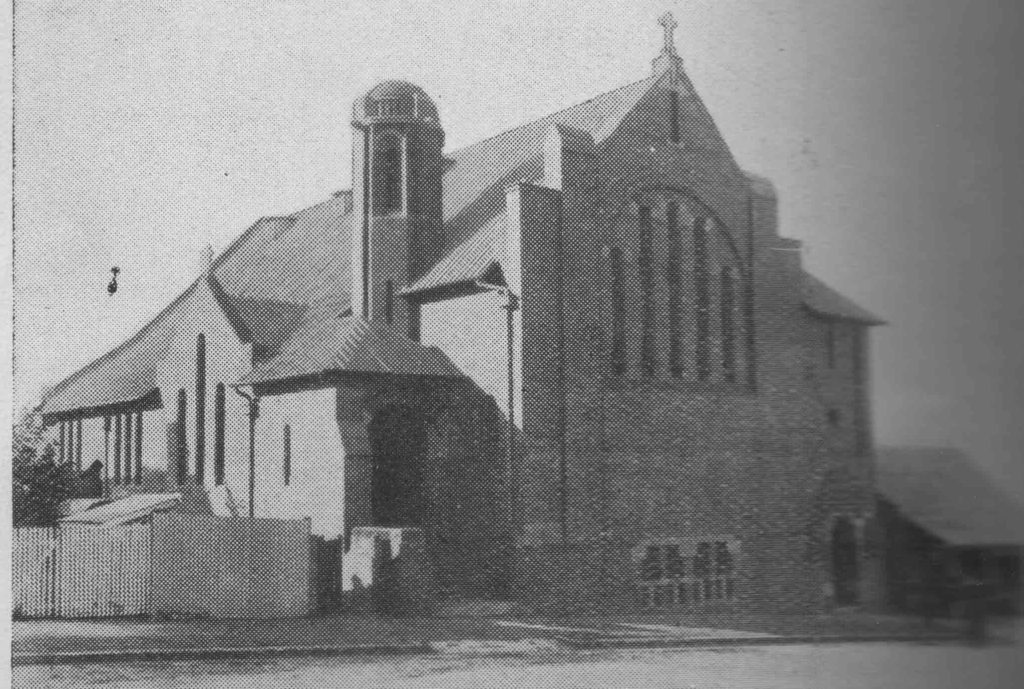 Exterior of St Luke’s Anglican Church and Mission Hall on Charlotte Street, circa 1910