“So, I said, ‘I’m going to sell all my furniture, paint my walls white, restore my garden to its pre-drought glory and make my home an art gallery.’ ”

“But where will you sleep?” came the flabbergasted reply.

“I’ll worry about that later!” the Mitchell parishioner said.

The things you overhear in the time of COVID-19.

With Mitchell’s largest and most starred motel and bistro temporarily closing due to a cliff-like drop in commercial travelers and no tourists at all, it is understandable we locals are a bit glum. Thank you, Lord, for the railway workers fixing the line, so we still have the Bowls Club, a single pub, a café, and a bakery. However, the closure of the bistro was a big blow.

But there is a whole industry in the Maranoa Warrego that tends to thrive under the radar and is hard to quantify. Let’s call it the ‘arts and culture industry’. If ‘culture’ is defined as ‘the way we do things here,’ then according to Kerrol Blackett, artist and All Saints’, Mitchell parishioner, the way we do things is sell the furniture, worry about where to sleep later, and get painting and gardening.

About two months ago, Kerrol told me about her plans and on one recent Saturday afternoon, The Mary St Gallery, formerly her home, was officially opened by the Mayor of the Maranoa, Cr Tyson Golder. Kerrol’s plan is to set up her easel in the mornings outside the Maranoa Art Gallery and Library in the main street and paint emus, and in the afternoon, host visitors in her own gallery. Her home has been utterly transformed into a beautiful, uncluttered and creatively lit space to showcase all the work of local artists. Worryingly, however, there is still no sign of a bed.

Artisans are not just painters, but also other genius people creating wonderful examples of textile and industrial art, with intricate and detailed quilting and remarkably fine steel and metal fabrication also. ‘If you build it, they will come,’ as the oft quoted movie line goes, and lo, almost to the day of the new Mitchell art gallery’s opening, caravans started lumbering back into town like migrating herds. What a sight it was – you could almost hear the town exhale with relief.

Around 25 kilometers east, on the property ‘Spring Hill’, just outside Amby, St Barnabas parishioner, Gay Burey, has just hosted the first of her bi-annual Spring Hill Fairs. Gay is celebrated throughout southern Queensland for her textile art. Gay runs quilting workshops that people come to from as far afield as Brisbane and twice yearly she displays all her and others’ works. 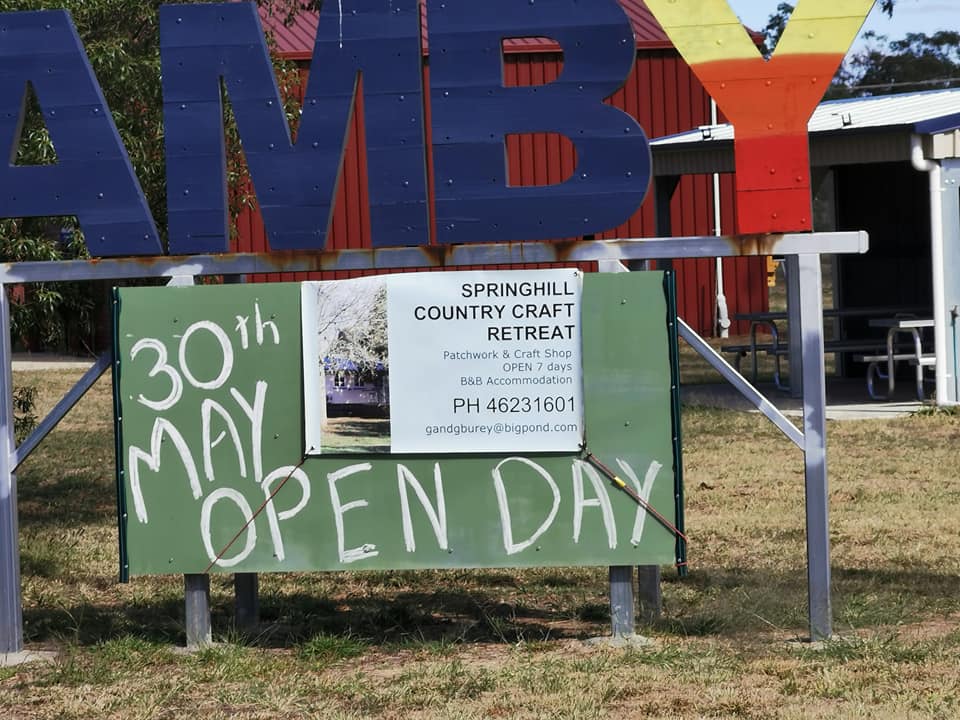 The amount of work hours Gay puts into her quilts would be staggering to know – if they could be calculated. The use of colour and layering, embroidery, and artful cutting and paneling combine to create works of gorgeous depth and texture. She, too, has transformed her whole homestead into a workspace and shop. Gay’s homestead is reminiscent of an old-time haberdashery, with bolts of textiles from all over the world which she collects on her travels. Distressingly, there is no bed in her house either. 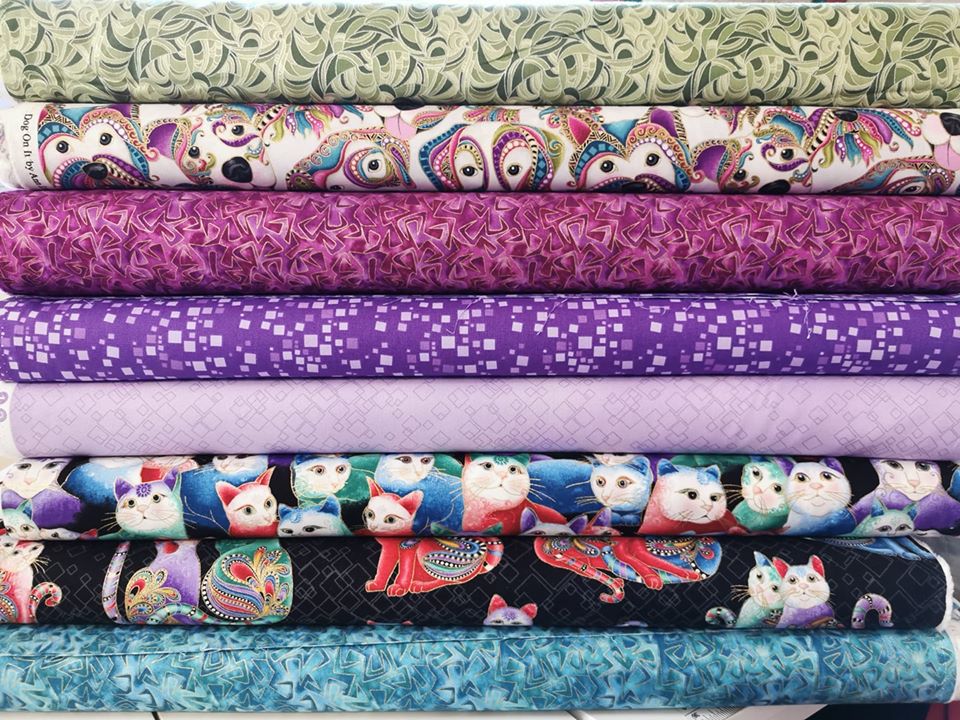 “Gay’s homestead is reminiscent of an old-time haberdashery, with bolts of textiles from all over the world which she collects on her travels”

Travel two hundred kilometres west in late August and you can be part of The Charleville Performing Arts Festival. The festival has transformed itself from the Charleville Eisteddfod into the larger format it now enjoys with entries from all age groups and all sectors of the performing arts. It truly is a festival for everyone, from amateurs to performing artists good enough to be professional. This year the festival will be held between the 27 and 29 August and entries close for the various categories at different times, with all due to be submitted by the middle of this month. If COVID-19 restrictions are still in place in late August, the festival will be held online, which will be pretty compelling viewing. The festival also includes categories for creative writing, backing music, and film-making, which will be fantastic in my opinion.

By supporting the Bush Ministry Fund (BMF), we can ensure the Church’s presence and participation at these performances and exhibitions and the Church’s support for the various artisan groups. We do the work of the living God who is interested in every aspect of our humanity and who is the great creator. Please bring the BMF to the attention of your clergy and Parish Council and ask them, “Do we support the BMF?”

God bless you, my friends.