Having heard about Benedictine Communities and having visited some of them has been my connection to Benedict of Nursia (480-550). For me Benedict is synonymous with religious life. Communities I have visited radiated peace and calm and were set in beautiful surroundings – Maria Laach in the Rhineland, West Malling in Kent, Camperdown in Victoria (the latter two are Anglican-run). They had spectacular chapels with wonderful liturgical space for gathering. Lake views were stunning at Camperdown and Maria Laach.

Of all the founders of religious communities, Benedict has probably had the greatest following. He is commonly known as the Father of Western Monasticism. Born in 480 at Nursia in the Sabine Hills country north of Rome to well-to-do Christian parents at a time when the Roman Empire was collapsing, and finally Rome itself. We know about Benedict from two sources, The Rule of Saint Benedict and The Dialogues of Saint Gregory the Great.

At an early age Benedict was sent to school in Rome. Being disillusioned by the worldliness of fellow students, Benedict did not finish. He felt called by God to live a solitary life. Benedict made a deliberate choice to become a hermit. He travelled to Subiaco which was a mountainous region south east of Rome and lived in a cave there for three years. This was an intentional time for Benedict who set out to overcome three temptations common to all human beings, these being self-centredness, fleshly desires and the control of anger and revenge. Only after overcoming those temptations did Benedict feel able to lead others. 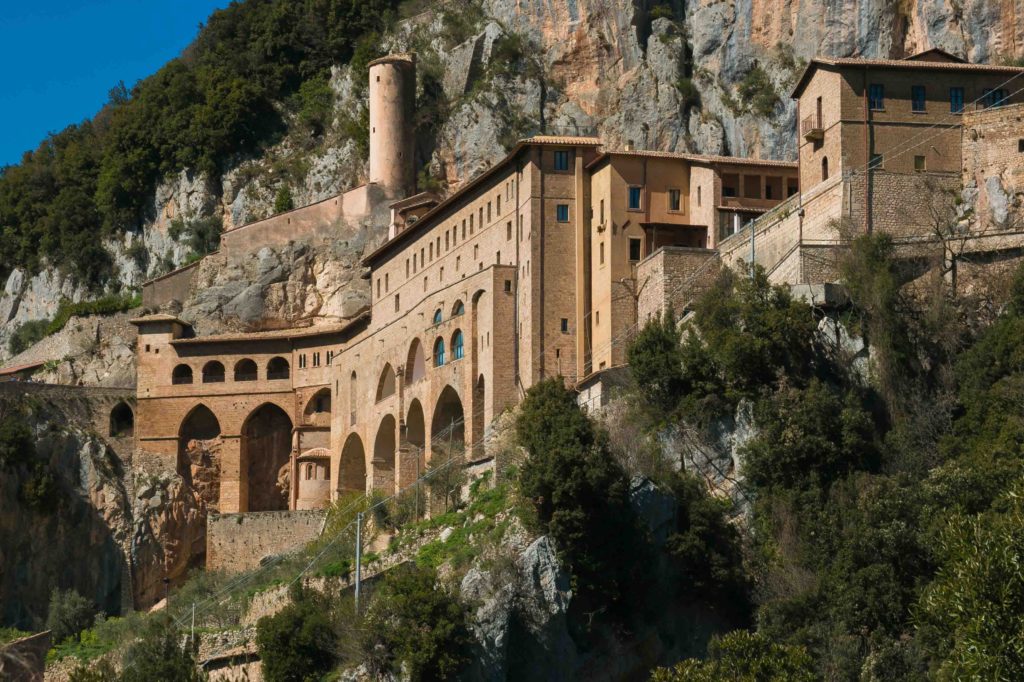 Being recognised as a holy man, Benedict attracted others. The first offer came from a community of undisciplined monks who, finding Benedict too strict, set out to poison him. As if warned of their treachery, Benedict blessed the poison cup which shattered, and he left soon after. Another miracle involved poison. Benedict used to feed a raven bread from his own meal. Tradition holds that one day he discerned it was poisoned and asked the raven to remove it – the raven flew off with the loaf in his beak. A raven with bread is symbolic of Benedict. 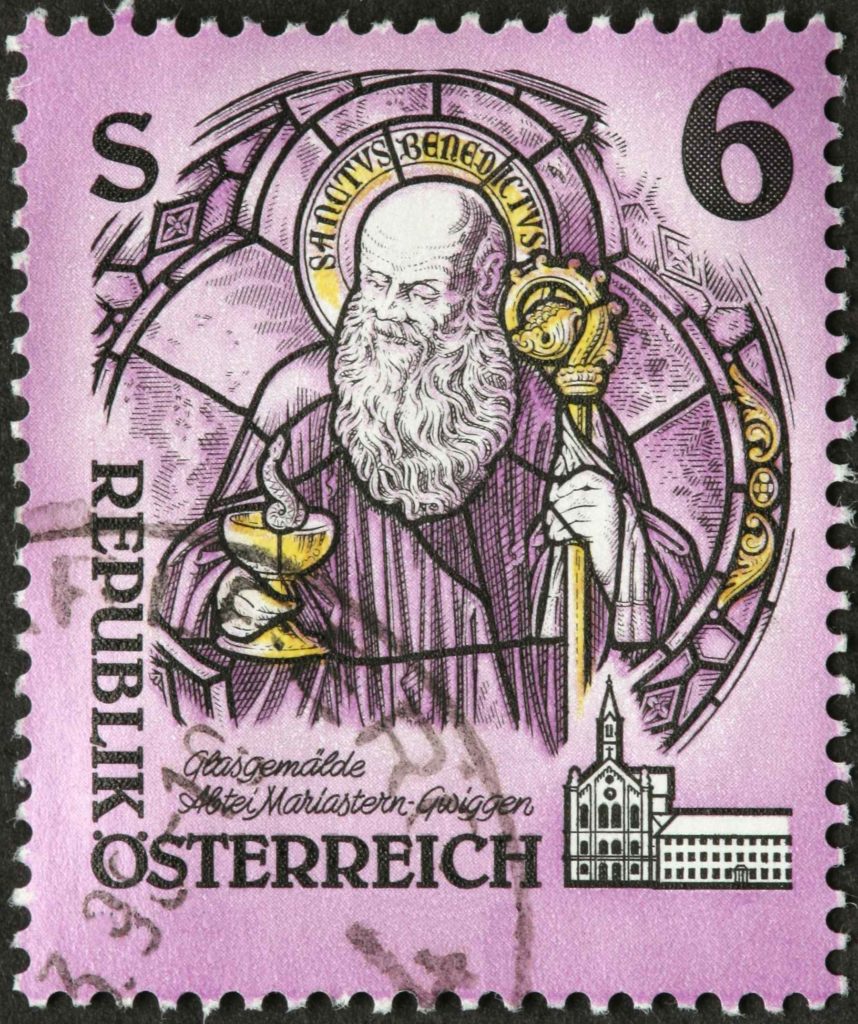 St Benedict remains popular in modern times: A stamp printed in Austria in 1993 shows a stained-glass window of St Benedict of Nursia, holding the poisoned cup in one hand, from Mariastern Abbey, Gwiggen, as part of the Monasteries and Abbeys stamp series

Later at Monte Cassino, Benedict gathered a larger community and whilst training the monks Benedict wrote The Rule of Saint Benedict (c.530) which became foundational to all Benedictine Communities. The Rule was Benedict’s greatest legacy and what we know of his spiritual values and insights come from The Rule. It wasn’t completely original, as Benedict saw fit to include helpful aspects of other Rules. Not that there is an unbroken line to the present. At the time of the Reformation many Benedictine Abbeys were destroyed. The remains of great Abbeys can be seen throughout Britain and France. During the 19th and early 20th centuries new Benedictine Communities formed. 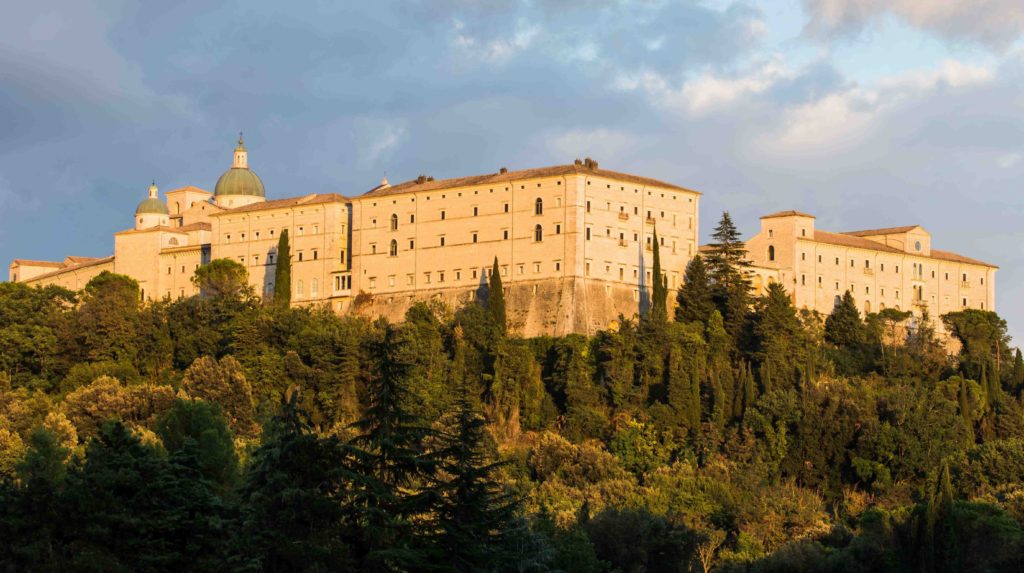 St Benedict founded the abbey on Monte Cassino in 529 and is one of Europe’s oldest monasteries. As was common in this period, the monastery was built over a pagan site, with the abbey built on the ruins of a Roman temple to Apollo. The monastery became a centre of education, culture and art

Why has Benedict’s Rule been so popular historically? Because The Rule of Saint Benedict embodies a unique spirit of balance, moderation and reasonableness. Prayer and relationship with God are the raison d’être of a religious community. Today ‘prayer’ is the most Googled word on the Internet. Insights on prayer are always relevant. The foundational prayer of a Benedictine Community is The Divine Office, based on the psalms and offered seven times a day.

Those unable to attend church during this COVID-19 period are encouraged to say Morning Prayer. We can join the Archbishop in Morning Prayer on Wednesday through St Francis College’s YouTube channel.

In Bishop Michael Curry’s reflection passed on by the Archbishop, Bishop Curry emphasises how blessed we are in the Anglican Communion to have had Morning Prayer and Evening Prayer in English for 400 years. Also, in the last little while our Regional Bishops have made points on prayer, which are pure Benedict, including the importance of silence and listening to God in the silence. 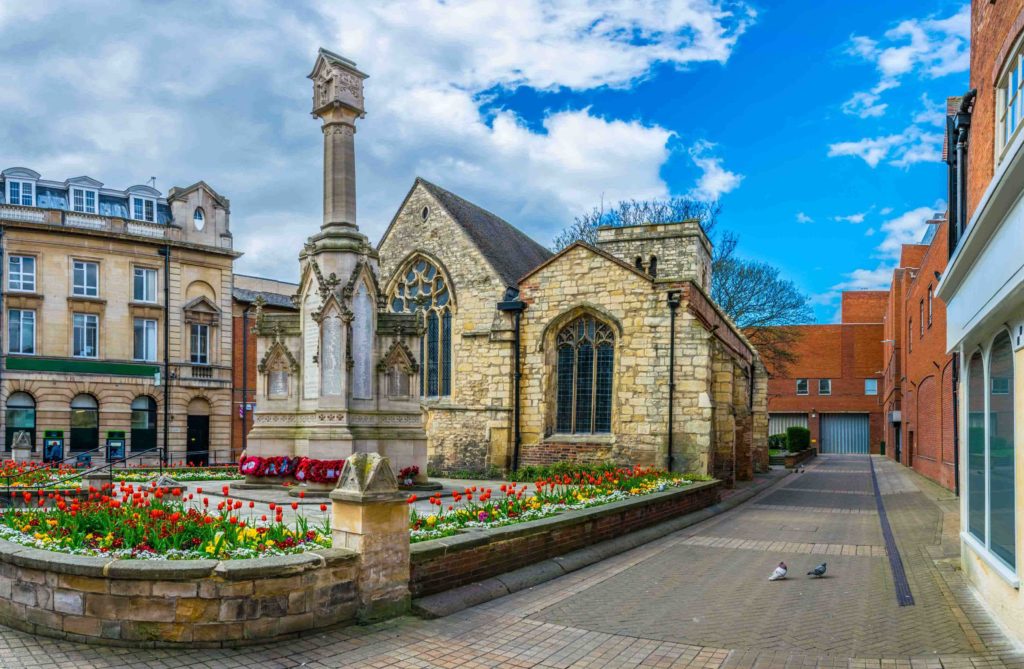 St Benedict’s Anglican Church in Lincoln, England is the headquarters of the Lincoln Diocese Mothers Union 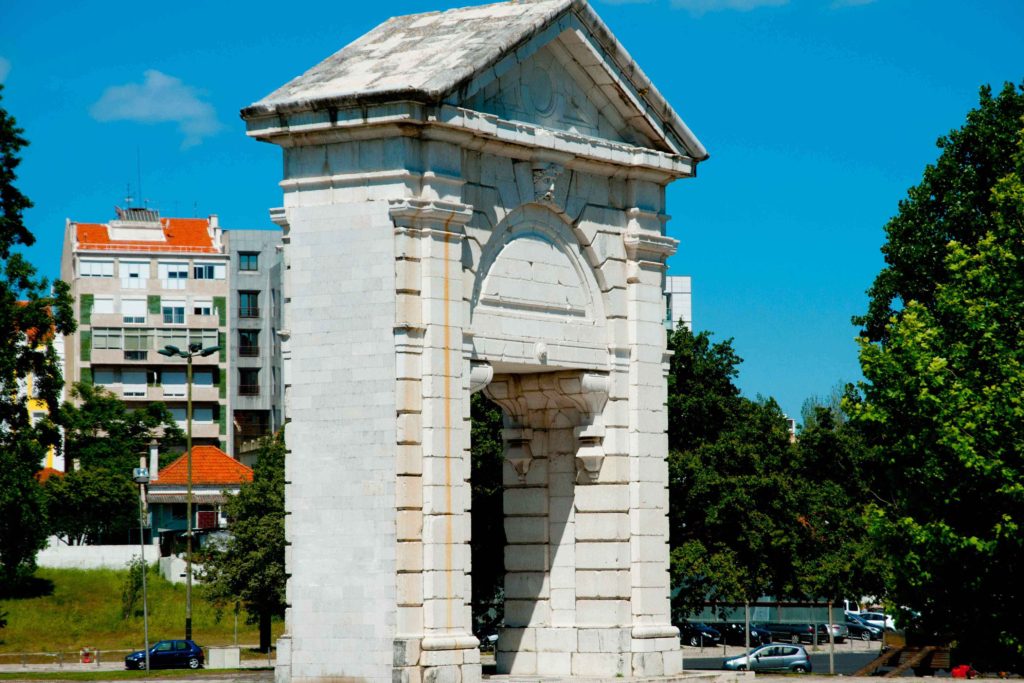 There are tributes to St Benedict throughout Europe, including this arch, ‘The Arc of Saint Benedict’ in Lisbon, Portugal