”For years we have been saying that the Federal Government should be leading efforts to build social housing. Housing is a national problem and it needs national leadership,” Anglicare Australia Executive Director Kasy Chambers said. 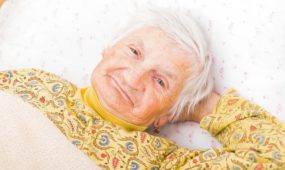 “Last night’s speech recognised that the Australian Government should be a leader instead of a spectator. The pledge to build 20,000 new homes, and to keep building, is a solid start.

“This commitment would make a real difference for people across the country who have been waiting for years for a home – especially women, children and older people.

“Anglicare Australia’s Rental Affordability Snapshot, released before the Budget, showed that single parents on JobSeeker or the Parenting Payment can afford less than 0.3% of private rentals.

“Most of these parents are women. 40 per cent of them rely on these payments as their main source of income. Social housing is the best way to keep them out of housing stress and make sure they have a secure home.”

Ms Chambers said social housing was a win-win for homes, jobs and communities.

“Social housing is the best way to tackle the housing crisis, and building these homes will help revitalise communities across the country.

“We hope to work with the Government and Opposition to roll out more social housing for people who need it – and to make sure everyone has a place to call home,” Ms Chambers said.