Anglicare Australia has thanked Opposition, Greens and crossbench Senators for voting to scrap rules that would attack charities.

The rules meant that charities could have been shut down for speaking out, or for taking part in protests.

“This vote is not just a win for charities and the people we serve. It is a win for democracy,” Executive Director Kasy Chambers said.

“If they had been allowed to stand, the rules would have meant that charities could be targeted and shut down for subjective reasons. 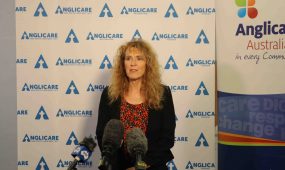 Government must rule out attack on charities

“They were designed to stop organisations like Anglicare Australia from speaking up for our communities by punishing us. This vote means we can continue speaking up for those who don’t have a voice in public debate.”

Ms Chambers thanked all Senators who voted to scrap the changes.

“We thank all Opposition, Greens and crossbench Senators who voted to stand up for charities and our role in Australia’s democracy. We especially thank Senator Rex Patrick for moving today’s disallowance motion.

“This is how democracy should work – civil society speaking up, and Parliament working with us cooperatively.

“Our hope the attacks on charities will end once and for all, and that all parliamentarians will support us in our work – building a better Australia,” Ms Chambers said.