Please be aware that this content may be distressing for some readers.

At a Gold Coast fundraising ball recently, I was casually chatting with a journalist in a queue. I mentioned that I had just returned from Ukraine. Taken aback – probably because we were all dolled up at a gala where such conversations are unusual – he asked whether I had been there for work. When I explained that I had volunteered in Ukraine as a nurse-paramedic, after a thoughtful pause the reporter asked me…“Are you a believer?” When I replied, “Yes”, his response was, “I figured. Nobody would go into a dangerous warzone as a volunteer unless they had faith.”

I have been a nurse-paramedic since the late 1990s. My job is my vocation. For the last 20 years I have volunteered internationally and locally during disasters with hands-on clinical work and on-the-ground logistics and advice. This unpaid work began with local floods and cyclones, as well as caring for people who were medevacked to Darwin from Bali in the wake of the 2002 bombings.

I then volunteered after Taiphoon Hayan in the Philippines in 2013; following the 2015 earthquake in Nepal; during the “refugee crisis” in Greece in 2015, and again in 2016; in Mosul in Iraq in 2017; in Kenya as a World Youth International ambassador for their Nurses in Action program in 2020; and, more recently in Ukraine. 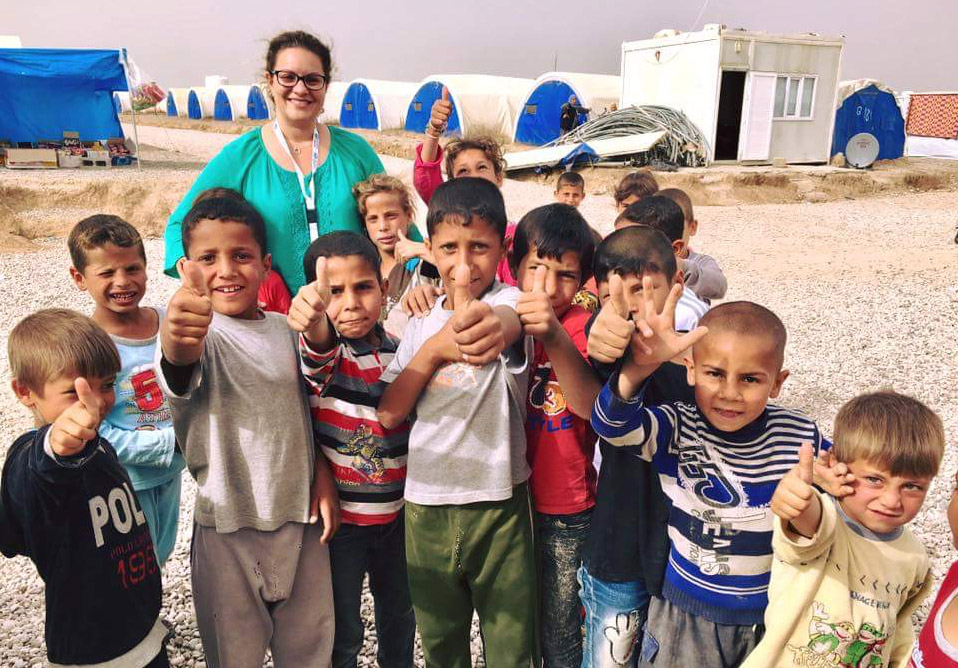 However, my volunteering did not start with disaster responsiveness in my adult years. I was raised to care about my neighbour. I grew up on the small remote island of Groote Eylandt in the Gulf of Carpentaria, where everyone knew each other and looked out for one another. So I learnt from a young age about the importance of loving your neighbour. For example, I was a Girl Guide and often helped to fundraise, including for a new wheelchair after a local woman had a stroke and for the painting of an old community hall.

My family is Greek Orthodox. Our faith is embedded in all aspects of our culture. When I say, “I belong to the Greek Community”, this means that I am Greek Orthodox – they are the same thing. In our culture, community and faith are intertwined. For example, a priest is always invited to a significant community event even if there is no service or liturgy – they are a prominent part of our community. 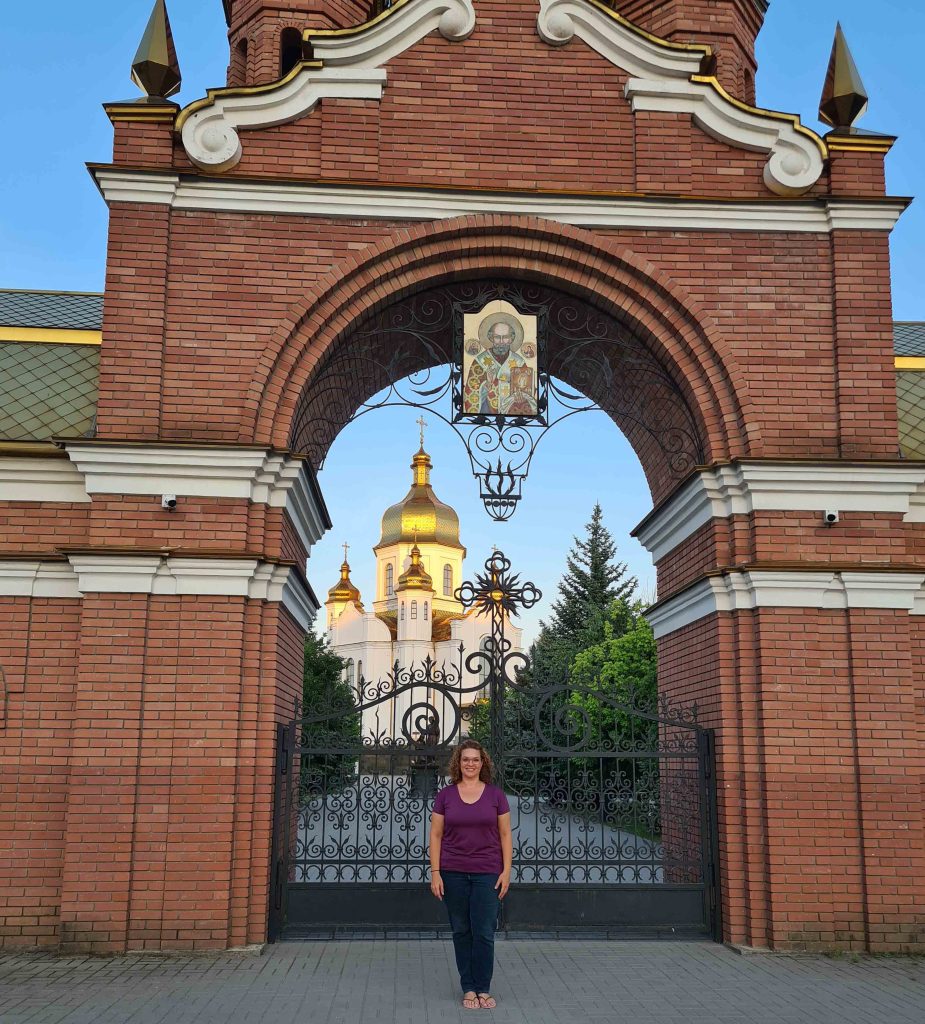 “While in Ukraine, I visited many Orthodox churches, including this one” (Helen Zahos)

Being Greek Orthodox transcends borders. I have experienced this many times in my travels. While I was in Moldova waiting to cross into Ukraine, a border police officer recognised my komboskini (a religious string bracelet) because he was Greek. Seeing me as one of his own, he looked out for my companions and me, going out of his way to help us navigate the border complexities.

A Greek journalist in Kyiv found out I was in Ukraine. Even though I did not know him, he unexpectedly Facebooked message me letting me know that he had topped up my phone SIM card remotely so that I could make calls.

I was in Ukraine for four weeks. I served with Adventist Health, a Christian NGO registered with the World Health Organisation. Our primary mission was to undertake a needs assessment with the goal of setting up a field hospital. This involved many meetings, including with the local mayor, Defence Minister, army commanders, disaster coordinators and hospital directors. During this phase I went to all the hospitals in the area, where I witnessed what you expect to see in a warzone, identifying areas of need.

Before I visited the hospitals, a doctor showed photographs to prepare me. In the hospitals I saw the worst injuries I have seen in my entire career. In the children’s hospital I saw kids with burns and missing limbs – injuries caused by explosions. One girl reported that she lost her “arm, cat and mum” in a single explosion after Russia invaded.

Some kids were too scared to look out of the hospital window during the daytime because they were so conditioned to fearing daylight after spending months in dark bomb shelters. These kids drew pictures of houses with blacked-out windows, of soldiers, and of loved ones whom they had “crossed out”. They only drew in dark colours – mostly black and dark purple. 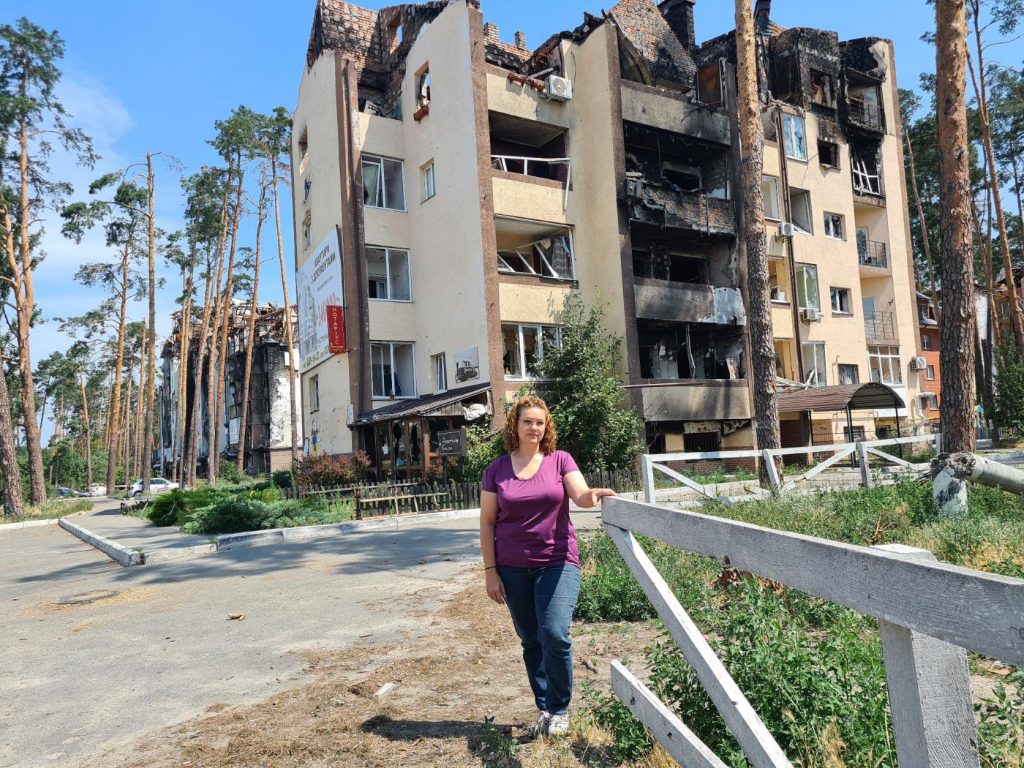 “The bombing in Ukraine is relentless. Where I stayed the first night, the area was bombed 12 times” (Helen Zahos, 2022)

We had four military containers that could be turned into mobile clinics with surgical and X-ray capabilities. Soon into my trip, I met with a combat commander who said that there was a greater need for the equipment on the frontline. He needed to set up mobile clinics as stabilisation points so that wounded soldiers could survive the trip from the frontline to hospital. After a number of meetings with the minister and parliamentarians, we made this happen.

The ability to pivot and be flexible like this in unstable and unpredictable environments is critical in warzones and other disaster situations. So it came as no surprise that our planned mission changed unexpectedly.

While in Ukraine I was chatting to a veteran CNN war correspondent who said, “My entire career has been covering wars and the first thing you learn is whatever you are expecting, what you find is completely different…I have covered Afghanistan and Iraq. In terms of scale, this is the biggest war I have covered. Every war is different.”

I stayed in different Ukrainian towns and villages, in both hotels and homes. For my protection, particularly while sleeping, one household owner offered me a handgun. I refused, explaining that I could never kill someone. That night, the area I was in was bombed 12 times – it sounded like a severe tropical thunderstorm.

Despite the daily bombings, people tried to go about their lives as normally as possible. This particularly included prayer and the rhythms of church life, even if church buildings had been destroyed by bombs or looked like they had been used as target practice. It did not matter what denomination you were from – Orthodox, Catholic, Adventist, Mennonite – all locals prioritised prayer in the nitty-gritty of their days. In my entire life, I have never prayed so much “Grace”! 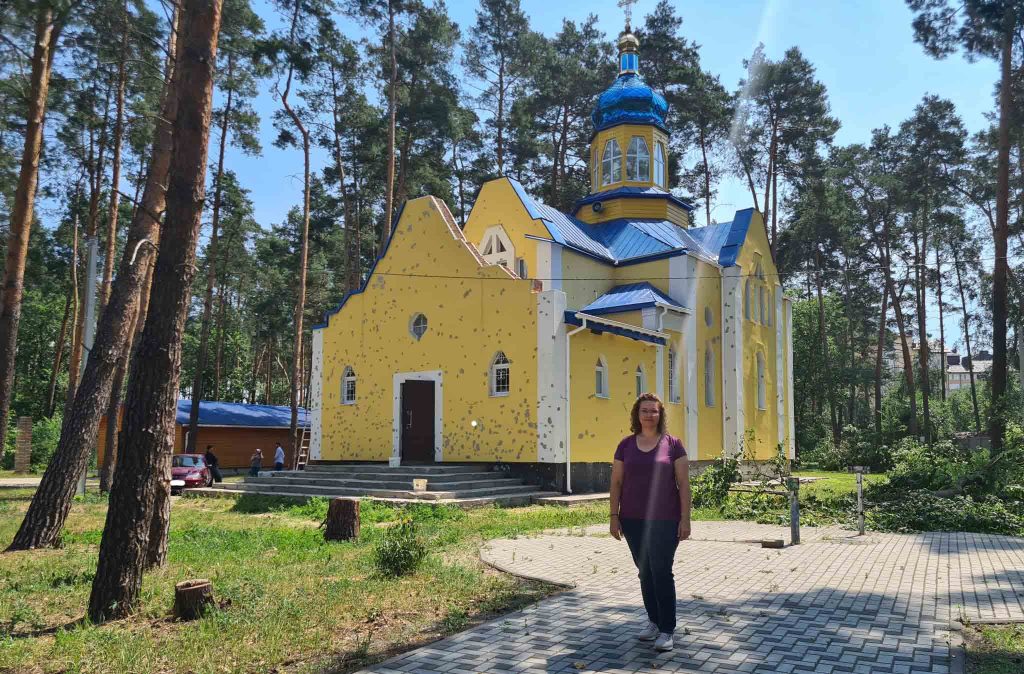 “It was very sad to see that some church buildings in Ukraine seemed to have been used as target practice by the invading forces. There is nothing sacred in this invasion” (Helen Zahos, 2022)

Being Greek, I, of course, had to cook. It is what we do. So I cooked and served food several times to people in a church refuge that housed internally displaced people. This helped to normalise my day and take my mind off the danger. 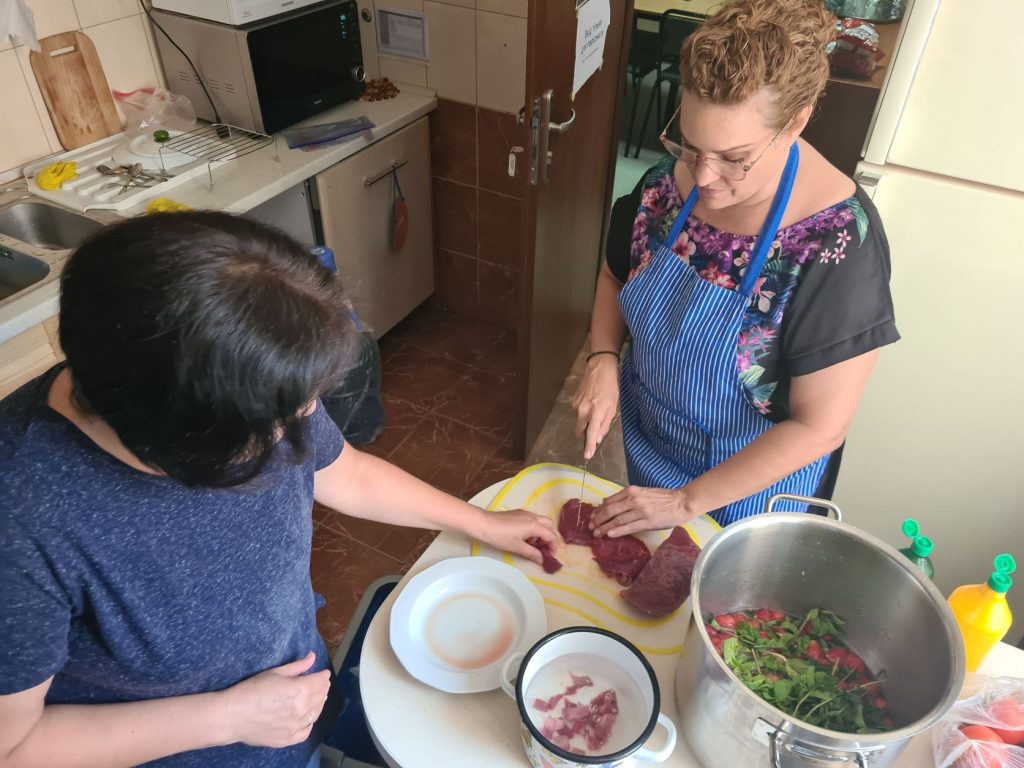 “I enjoy cooking, and it felt rewarding to help cook in a church refuge that housed internally displaced people” (Helen Zahos, 2022)

I could not travel more than a kilometre without an army or police officer stopping me to check my passport and phone. Phones were particularly inspected for photos and videos to make sure that intelligence was not being gathered. Because I am a “foodie” and take pics of food wherever I go, my phone was filled with meal images. At one particular checkpoint, the soldier took one look at me – I am not exactly waif-like – and one look at my phone album’s contents and smiled knowingly, as if he was thinking, “She is definitely not here to spy.”

Instead of sirens announcing incoming bombing, an “Alarms App” sent alerts on our phones so we knew when to head to bomb shelters. On our first night in Ukraine when we received a phone alert, the two other team members and I went to a shelter only to discover that we were the only ones there. After many months of relentless bombing, locals were so accustomed to the alerts they stopped reacting, instead listening out for the inevitable missiles and reacting then.

There was an enforced blackout from 11pm until 5am wherever I went. During this period, no cars were allowed on the road, traffic and street lights were turned off and windows were blacked out. Windows were also taped with an “X” across them to mitigate the risk of glass injuries during explosions.

There have been many times in my paid and volunteer work when my life has been at risk. I have had an axe thrown at me, my jaw fractured after being intentionally hit with a metal pipe during a riot and have been threatened with scissors in an ambulance. These are just a few examples. In these dark moments, I have never felt alone. And, I have always felt a deep peace.

Maybe this sense of being companioned and comforted amidst danger is why the journalist in the gala ball queue felt somehow prompted to ask, “Are you a believer?”