Rob – Man who sleeps rough outside an Anglican church

My name is Rob. I have been on the streets for about two months. Before I was living on the streets I was a truck driver, working full-time and earning a decent wage. My work involved travelling interstate in a heavy combination truck. I drove trucks for over 15 years. I really enjoyed it, especially being my own boss.

One night a few months ago I was at a farewell event for a friend at a pub. We sang karaoke – the night was going great until I walked out of the pub and was suddenly king hit for no reason in the head by a random stranger. I do not know how long I was out for. A couple of friends picked me up off the ground and took me home.

I was laid up for five days. There was so much pain – it was like whiplash. I have lost memory, sense of smell and taste and have blurred vision and a locked jaw. I still need medical clearance to drive a truck again.

Because I could not work, I could not pay my rent and that is how I ended up on the streets. Initially I slept somewhere else, before sleeping outside the church a few weeks ago. I like being around the other rough sleepers at the church.

Suddenly being on the streets has helped me to appreciate regular life more. Things I used to take for granted, I no longer do – like a bed, waking up and turning the kettle on, being able to shower whenever I want.

My passport, wallet and phone were stolen soon after I started sleeping on the streets.

My mum does not live locally. She is elderly and so I do not want her to know that I am on the streets because she would worry and would not stop. 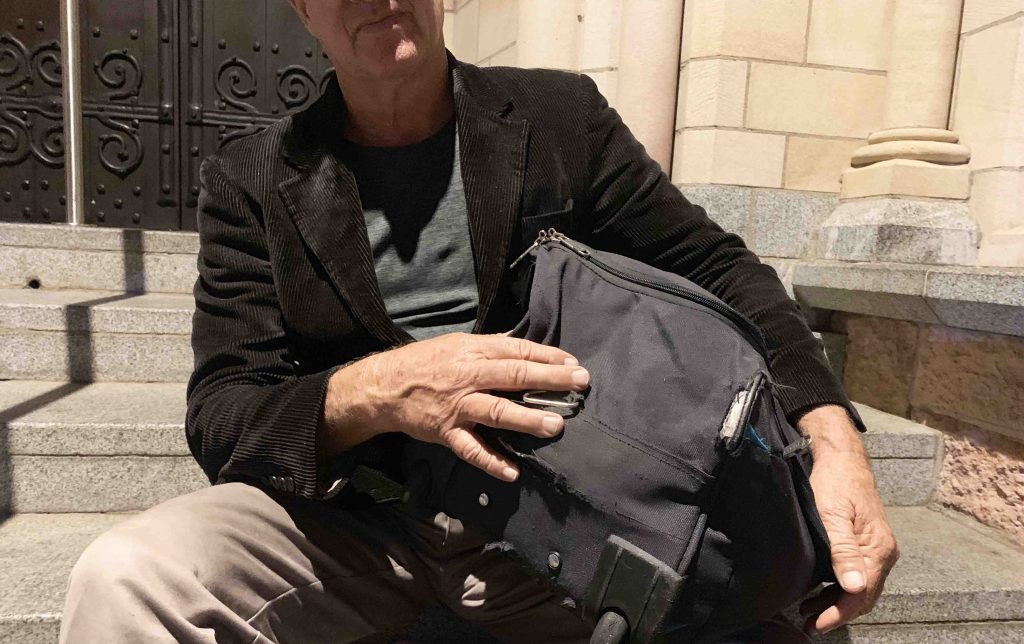 “I was a farmer before I was homeless. I come from a long line of farmers. I really loved working the land – it was my life” (Warwick, 2022)

I have been homeless for about 20 years. Up until around four months ago, I lived near the airport. I went “dumpster diving” every day, so I could eat. I cooked my food at the barbeque facilities at a local park.

I started sleeping rough outside a local Anglican church about four months ago because I was threatened by some guys. I am happy sleeping outside the church because I feel safe there. Safety is the main thing.

I was a farmer before I was homeless. I come from a long line of farmers. I really loved working the land – it was my life.

It is normal for farmers to have debt; however, I could not service my debt after I became sick with chronic fatigue syndrome. I was unable to work the land, which meant that I had no income coming in to service the debt.

Brain fog and fatigue were the two main symptoms. I got chronic fatigue syndrome from a combination of physical trauma following a serious tractor accident and Q fever, which is a disease caused by bacteria that is spread by livestock.

Over a period of time, the stress built up and it got to a stage where I could not take it anymore. So I got out. One day I just left the farm.

I have plenty of food to eat on the streets – I just have to be organised and get to it. Lack of accommodation is the main issue now. I am drug-free and dry and have a totally clean police record. More needs to be done to provide accommodation for the increasing number of people living on the streets. 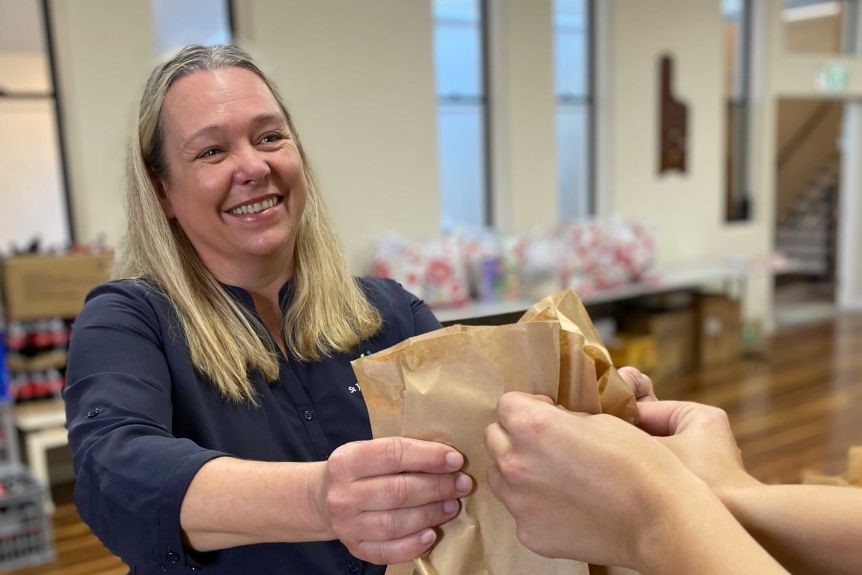 St John’s Crisis Centre General Manager Dianne Kozik says there has been a spike in need since the onset of COVID-19, with a significant increase in domestic and family violence

I attended an assembly in 2007 at St Hilda’s School, where my daughters went. The founder of St John’s, Joan Hancock, spoke about the work of St John’s and homelessness in my own backyard. I realised I was living in a bubble – I had no idea that there were people living on the streets in my neighbourhood. I went home to my husband that afternoon and said, “There are people who need help.” So I started volunteering. I joined the admin staff two years later, and then became General Manager in 2019.

The statistics show that women over the age of 55 are the fastest growing group of people experiencing homelessness. This is largely due to the rental crisis – women can’t afford to pay the rent. We are seeing more and more women in that age group living in their cars. It is really sad.

Domestic and family violence is also a primary contributing factor. Before the pandemic started we saw maybe one woman a week who was fleeing intimate partner violence – now we see two a day. There is an increasing number of women sleeping in their cars with their children. Providing safe temporary accommodation for these survivors is a priority for St John’s. In partnership with St Peter’s, Southport and the Diocese of Brisbane, two units purchased by St Peter’s are providing emergency accommodation for mothers fleeing domestic and family violence with their children through St John’s Crisis Centre. 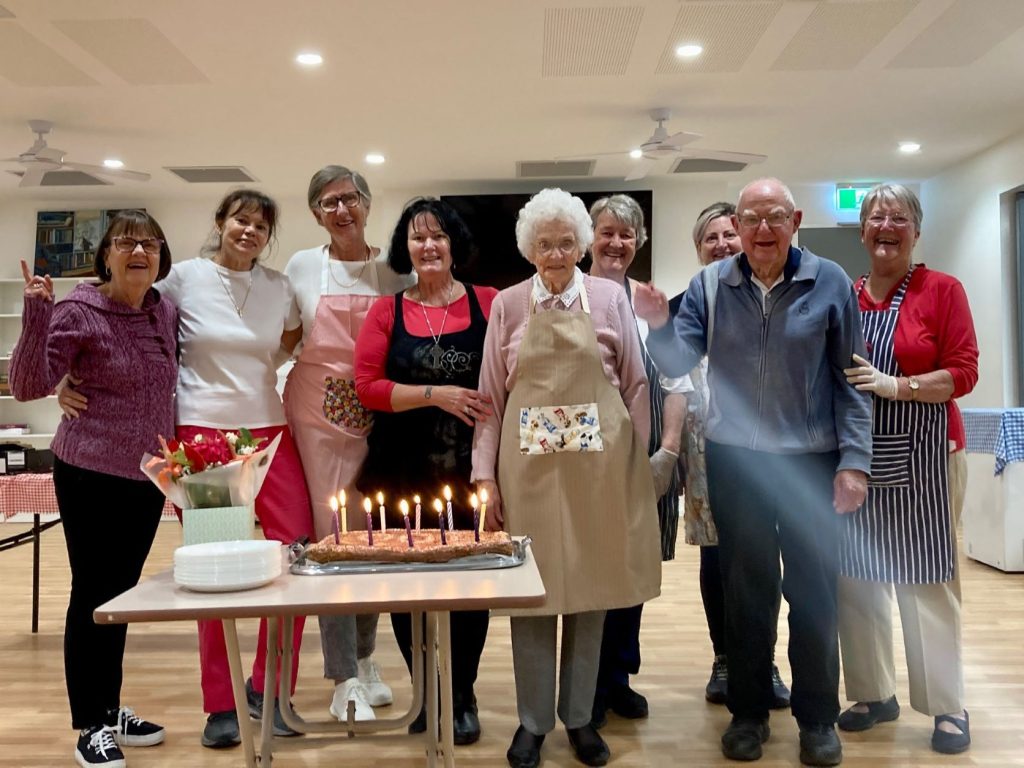 “This one is of our community meal family celebrating Mary Norris’ 100th Birthday as she continues to serve as a part of the community meal team” (The Rev’d Tania Eichler, The Parish of Maroochydore, August 2022)

We started our weekly community meals after a gentleman from our congregation was touched with compassion to respond to local people living with homelessness, disconnection and loneliness in 2012. The initial idea was to get a van and take food and supplies around. Prayer and reflection led us to host a weekly community meal. It is a more sustainable approach to offer a place of welcome and care, open to anyone from the local community as we seek to bless and show God’s love for those who attend.

Our doors open around 4.00 pm, when we greet our guests and sit down with them for a chat and cuppa. At 5.00 pm, before the main meal is served, we say, “Welcome to our Family Dinner” and then there is a combined interactive grace and ‘Think Spot’. It starts with the question, “What are you thankful for?” and is followed by a message of love and hope reflecting our sidewalk chalk art.

What do we mean by “homeless”? People who are sleeping rough on the streets and those who have to rely upon friends and family members putting them up for short periods of time in an ongoing “couch surfing” situation.

The people we have shared conversation and food with have become homeless for varying reasons. The Sunshine Coast has a high level of rental stress, with the Real Estate Institute of Queensland (REIQ) reporting that the Sunshine Coast has an incredibly tight vacancy rate of 0.6 per cent (2.6 per cent or higher is considered healthy). Unemployment, lack of support following foster care or custody, and domestic and family violence are also key causes.

Our community meal is more than food – it is an extension of the family table with conversations and connections for all who need a hearty meal and some TLC.

Note from The Rev’d Gillian Moses, Chair the ACSQ Domestic and Family Violence Working Group: The Anglican Church Southern Queensland (ACSQ) is committed to promoting and supporting a safe environment for all. Domestic and family violence is unacceptable. We offer pastoral care to victims of domestic and family abuse. The ACSQ is part of the Queensland Churches Together Joint Churches Domestic Violence Prevention Project (JCDVPP), which publishes resources for clergy and lay people.

Editor’s note: If you are in immediate danger, call 000 for police or ambulance help. For a list of helplines and websites available to women, children and men, visit this page on the Queensland Government website.

PMC team note: A new small group resource is available for parishes and ministries to explore inclusion and respect. The free resource covers eight optional themes, with a choice of personal stories from Australian Anglicans forming the resource’s backbone. This resource was developed by the Parishes and other Mission Agencies Commission (PMC) team and is part of the ACSQ’s response to General Synod’s ‘Being Together’ statement. The resource may be downloaded from the ACSQ website.