‘Synod’ comes from the Greek words ‘syn’ and ‘odos’, meaning ‘to walk together along a path’. A Synod, then, is a partnership: the Archbishop’s hopes and desires in dialogue with the hopes and desires of the clergy and the laity. In a way, it is very democratic, as each component of the Church (or ‘house’ as it is called: the laity, the clergy and the Archbishop) has a voice in determining the direction and legislative framework for the Anglican Church of Southern Queensland.

ACSQ’s first Diocesan Synod occurred in 1868. The foundation Bishop, Edward Tufnell, had arrived from England in 1859. He was not only the Bishop, but also the Diocesan Registrar, Secretary and Treasurer! All money and Church property were vested in his hands, as were all parish clergy appointments. He did not need to consult with anyone. Such unilateralism and unaccountability were burdensome, so Tufnell called on the clergy and laity to help him in “the great work of administering this Diocese”, and said, “I ask you to uphold my hands in the responsible and arduous task laid on me.” In 1868, the first Diocesan Synod adopted a constitution and created the ‘Corporation of the Synod of the Diocese of Brisbane’, taking responsibility for all property and finances and appointing a ‘Diocesan Council’ to act between annual meetings of the Synod.

Synod has sat every year except one. In 1941, Archbishop William Wand called clergy and laity to attend the Synod that year, as he was compelled by Synod regulations to do. But, World War II was raging in Europe and spreading to the Pacific and petrol rationing was in place and a number of laity and clergy were serving in the Armed Forces. The Archbishop made sure he followed the first letter with a second suggesting no one turn up!! The lack of a quorum would then preclude the necessity of Synod sitting and much needed petrol could be saved, a very real concern for those in rural areas.

Although Synod works like a democracy, it is not like the Westminster system of government. There is no ‘government’ and ‘opposition’. It is not driven by parties or factions. Ours is much more a dialogue between groups interested and invested in the welfare of the Anglican Church. I always feel we are a model of appropriate and proper Christian civility to one another, even when we disagree – and disagreements are not bad things, often indicating life and vitality. It has not always been quite so polite and records from past decades suggest a much greater robustness in debates, especially over such matters as the Vietnam War and the ordination of women and even over the relaxation of a longstanding gambling prohibition for parish fetes.

Talking to others, renewing acquaintances, sharing stories and networking are as much a part of Synod as legislating. And of course, we always hold all we do within a framework of prayer. We can say that of the motions we consider, debate and vote on, that just like the earliest church: “It seemed good to us and to the Holy Spirit.” 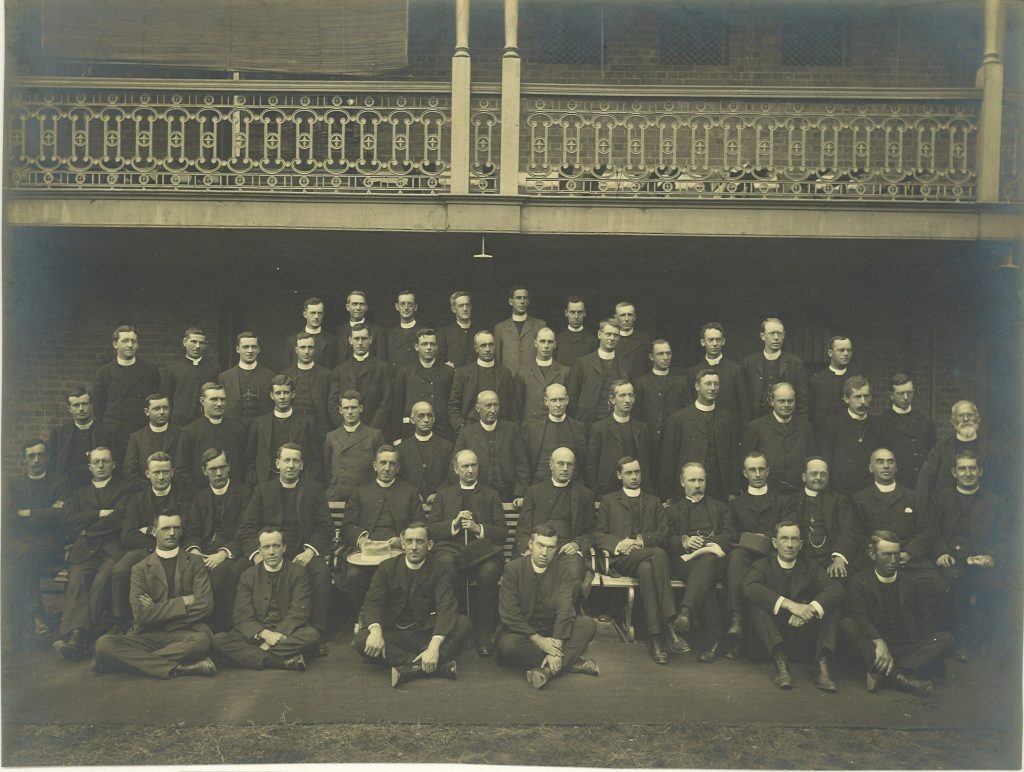 Synod is the ultimate governing body of the Diocese and operates on a parliamentary model, making laws and key policy decisions. It holds those in leadership and authority accountable and makes decisions about a range of important matters in the life of the Church.

It has changed quite a lot over the years. We used to spend a lot of time debating legislation and the intricacies of amendments and drafting, but these days it is much more a vehicle for discussing and challenging important substantive issues that go to the core of the Church’s mission.

While not everyone achieves the outcomes they want from Synod, it remains a vital component of our connection with each other within the broad range of activities in the Anglican Church, from parishes to schools to community welfare. It provides a forum that gives voice to representatives from across the whole Diocese and gives them all a chance to have a say on both Church policy and significant community and social justice issues. 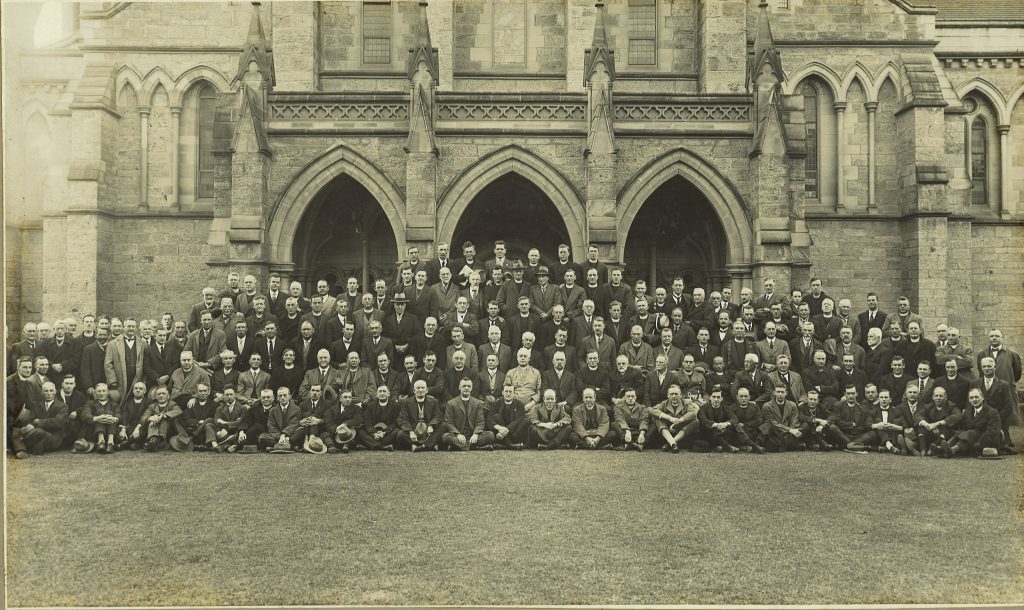 I have been attending Synod for many years and really appreciate the wider view of Church that this gathering provides. In our parishes or agencies, we tend – rightly – to get very bound up in the day to day of what we are doing in our place and often forget the wider picture. At Synod, we hear about the much broader mission of the Church of God in this Diocese and the diverse ministries of which it is made of – overseas mission, social justice missions with refugees and the homeless and dispossessed, ministry in prisons and hospitals and ministry in schools.

As we come together to hear about these activities and to discuss our responses to them as representatives of our home parishes, we learn and grow and are challenged in our own faith journeys. By representing our parishes in the direction-seeking of the Diocese, we act as a voice from the people into the bigger picture, which we then share back into our parishes or other agencies through feedback on the Synod.

Synod’s small group discussions on key topics are valuable to me as, through them, I get the chance to listen deeply to views from people and areas I do not know well, and I come away having grown in my understanding both of the topic and of the issues of importance to colleagues in other parts of the Diocese. Another aspect of Synod that I really enjoy is the chance to meet people from all over the Diocese and to share with them about issues of mutual interest, like what we are all doing with intergenerational ministry or ministry with youth and families. 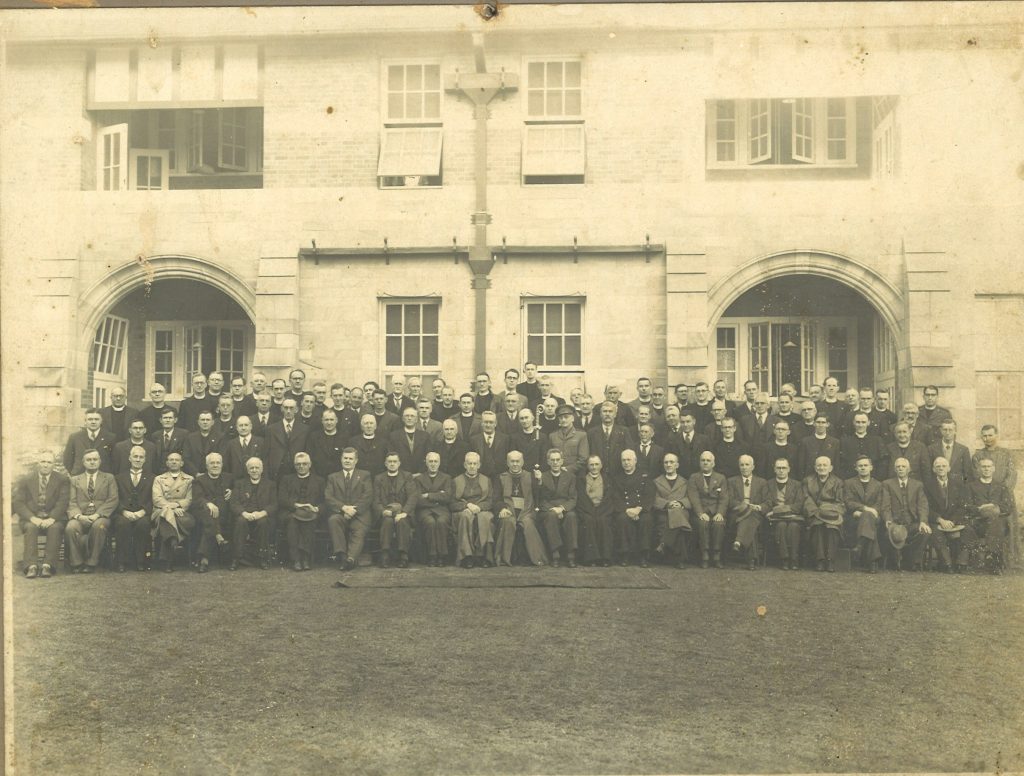 Having attended Synod for the first time last year, the most important role I could see that Synod plays is gathering representatives of diverse areas of ministry and providing a context in which people can be informed of the major activities in the Diocese, have a space to question or clarify the direction, and vote on major overarching issues. It is encouraging to see the balance of clergy and the laity take an active role in being part of the building up of God’s Church.

As a person who falls within one of the smallest age demographics within the Southern Queensland Diocese (18-30), it is a great privilege to attend Synod and to be invited to play an active part in discussions about current, future and emerging areas of ministry. The inclusion of both the clergy and laity provides a healthy balance of the real shape of the church. Its parliamentary function, however, reflects the Australian Senate, as numbers of parishes are represented rather than numbers of parish members.

I have previously been involved in traditions where Church governance and direction are decided upon by a small group of people with limited transparency, so it is great to see the shared responsibility between laity and clergy in a format where those not in attendance can access and read reasons why decisions were made.

It would be great to continue to see Synod as an opportunity for the Diocese to come together to encourage, support and strategically endorse activities that help us all to be more effective in bringing the good news of Jesus to the places we live, work and worship in. 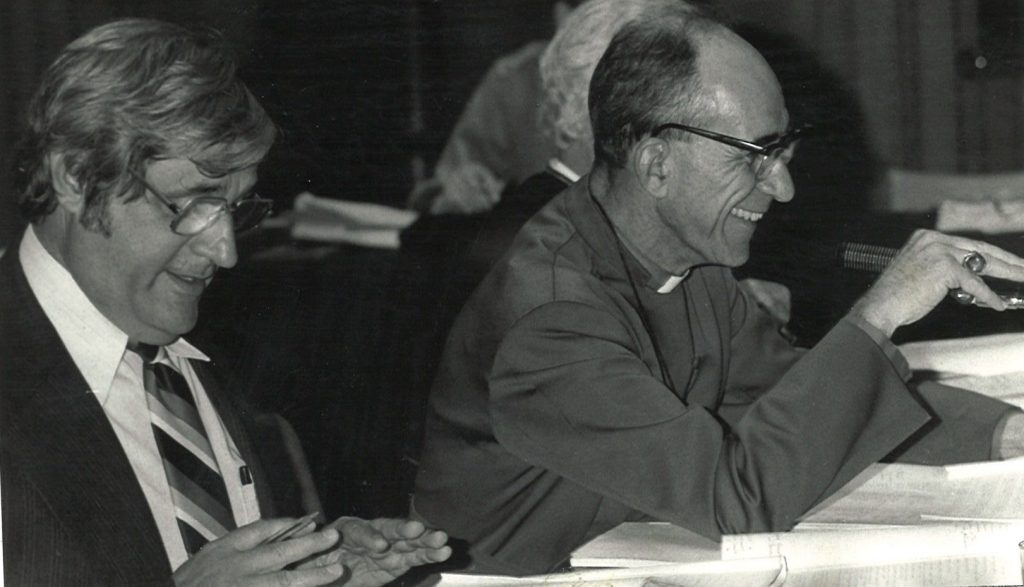 Having served in two Provinces and four Dioceses, I have attended, organised and been chaplain to a number of Synods. Each has had its own flavour, but all have sought to bring about the same outcomes. These are to gather lay and ordained representatives from parishes, chaplaincies, support services and every other expression of ministry in the Diocese; provide accountability for mission and ministry for the previous year; make necessary provision of resources for mission and ministry for the following year; and, revise and amend governance regulations and structures to ensure they best support the mission and ministry of the Diocese.

For me, the two greatest blessings of Synod are healthy, respectful debate to bring the Diocese to a vote and a decision, especially when the outcome will make a difference in the wider world. The second blessing is the opportunity to catch up with friends and colleagues otherwise seldom seen.

I value Synod and the Synodical process, and I am a self-confessed Synod junkie! I have experienced other Dioceses trying to change or adapt the structure, but ultimately the parliamentary processes – frustrating though they can be – do provide a rigorous framework that allows the diversity of voices to be heard. The challenge is for Synod members to find and use their voices appropriately.