A slice of TV magic – including fake snow in Brisbane in October – came to St Francis College at Milton this week with the campus used as the set for the filming of a major new television series commissioned by Foxtel and Sky TV in the United Kingdom.

Several dozen cast and crew transformed the lush grounds and historic chapel at the college into an English country village for The End – a 10-episode Australian-UK series, which is being co-produced by the company that created the award-winning feature films Lion (an Academy award nominee for best picture) and The Kings Speech (the 2010 film which won the Oscar for best picture).

Several scenes were filmed during the day and night for the production, which is being produced and supported by Screen Queensland, the Queensland Government department responsible for marketing film and television production in Queensland, along with support from the City of the Gold Coast, where most of the TV series is being shot.

The End is a drama about three generations with separate but intersecting obsessions – trying to figure out ‘how to die with dignity, live with none and make it count’. The main character is a palliative care doctor and the plot follows the journeys of her and her family and follows their life and the people they meet.

A giant green screen (measuring approximately 10 x 5 metres) was erected, which was used to project scenes of the English countryside (to be added in post-production.)

One scene involved a parish fete on the lush lawn of the college with a stall and children doing cartwheels, while later in the day the chapel was used as the scene for a midnight mass with fake snow being produced by a snow machine for a scene outside the chapel.

St Francis College Finance and Administration Manager Stephen Clarke said an assistant location manager representing the production companies See Saw Films and The End Productions made contact with him some time ago and came and scouted the location last month.

“The first crew arrived at 7.30am on Wednesday and soon after they bussed in a group of students who were extras, then other actors arrived after that,” Stephen said.

“The production company was looking for an original stone chapel – and there’s not too many of those around. It also helped that we had a flat lush green lawn in front of it.

“We’ve had several production shoots at St Francis in the 13 years that I’ve worked here, but this is the biggest one so far and the most prestigious given the calibre of the cast, the production company and the extraordinary films and television programs they’ve produced.”

The End is expected to be aired in 2019 and stars Golden Globe-winning actress, Frances O’Connor who was born in England but who moved to Australia when she was two years old. It also stars English stage and screen actress Dame Harriet Walter who starred in Downton Abbey and who played the wife of former British Prime Minister Winston Churchill in the highly successful Netflix series The Crown. 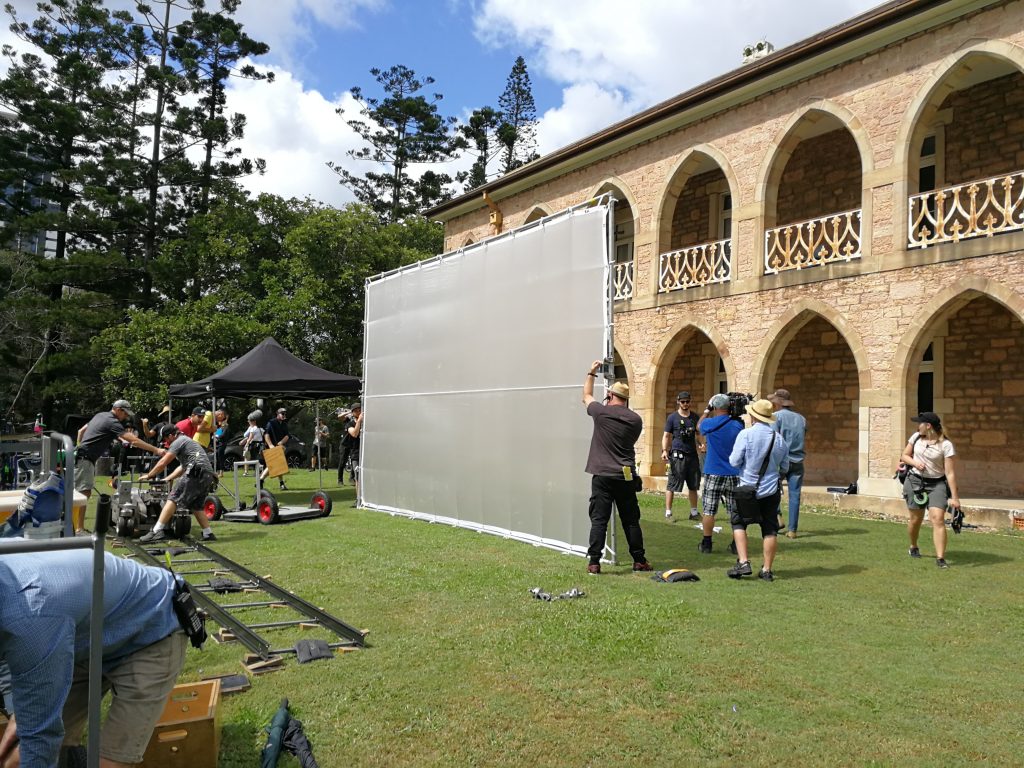