I come from one of the small North-Eastern states of India, Tripura. I studied at medical school and completed my post-graduate in Ophthalmology in 1993. It was during my college days that I accepted the Lord as My Saviour.

I became actively involved with the Union of Evangelical Students of India, both as student and student leader, and then became associated with the Evangelical Medical Fellowship of India. It was there I discovered that my profession is a calling from God for His glory. From then on, my wife and I both committed to mission work. That was 25 years ago!

A popular perception is that leprosy is an ancient disease that was eradicated many years ago. But the reality is, leprosy is still prevalent worldwide – particularly in India.

Every two minutes, one person in the world is diagnosed with leprosy, with 60 per cent of cases in India.

India still has the highest number of people affected by leprosy, with around one quarter of a million new cases each year, and millions more live with disability and ongoing health issues stemming from the disease.

The Leprosy Mission has been caring for people affected by leprosy in India for 145 years and Australians have been faithfully praying and providing for the mission for well over 100 of these years.

The good news is we are making an impact, and leprosy is now curable. And, if leprosy is detected and treated early, the likelihood of disability is greatly reduced.

In my time with the mission, I have seen individual lives changed, families reconciled and children set free from stigma, fear and disadvantage. Like young Sujadhe.

Finding out she had leprosy was a devastating shock to Sujadhe. At first she wanted to end her life. It is so sad that Sujadhe initially felt this way…when leprosy is treatable! But, all she could think about was how disfigured she would become and what she would look like.

Her family’s reaction to her diagnosis was instant stigma and ostracism. They abandoned plans for her arranged marriage…although it was Sujadhe’s dream to marry and have a family of her own. Her two older sisters were especially harsh. They did not want Sujadhe in the family anymore.

But, God had other plans for her life, and thankfully Sujadhe didn’t put her desperate thoughts into action.  She was referred to our Leprosy Mission Hospital in Salur. Through counselling, Sujadhe’s family learned that leprosy is treatable and that she was not contagious.

At the hospital she also received reconstructive surgery. And with further physiotherapy, her clawed hand is now restored! The deformity is gone and she can use her fingers properly again.

Now, Sujadhe has new dreams! She will be starting a tailoring course at a Leprosy Mission Vocational Training Centre, and she has already received a sewing machine in preparation, thanks to people like you! 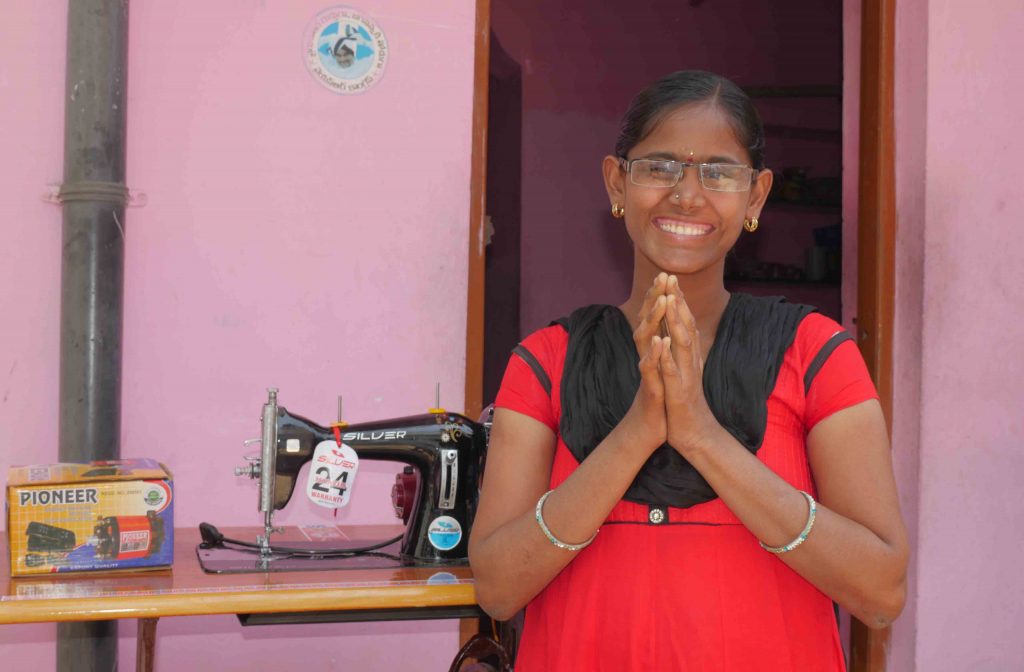 “I’m so happy The Leprosy Mission supporters in Australia enabled me to have reconstructive surgery at Salur hospital…I now have a sense of hope for the future.” – Sujadhe, India

And then there’s Dhanalakshmi. She needed urgent treatment for a terrible ulcer on her foot, which was affecting her ability to earn a living. It could have led to permanent disability. She had sought treatment for her ulcer at other health centres in vain. It was when she came to The Leprosy Mission Hospital, where her ulcer finally healed. This was an incredibly powerful experience for her. She told us: “This is why I turned to Jesus, I believe God healed me here.” We also provided Dhanalakshmi with a pair of shoes to help prevent more ulcers in future. 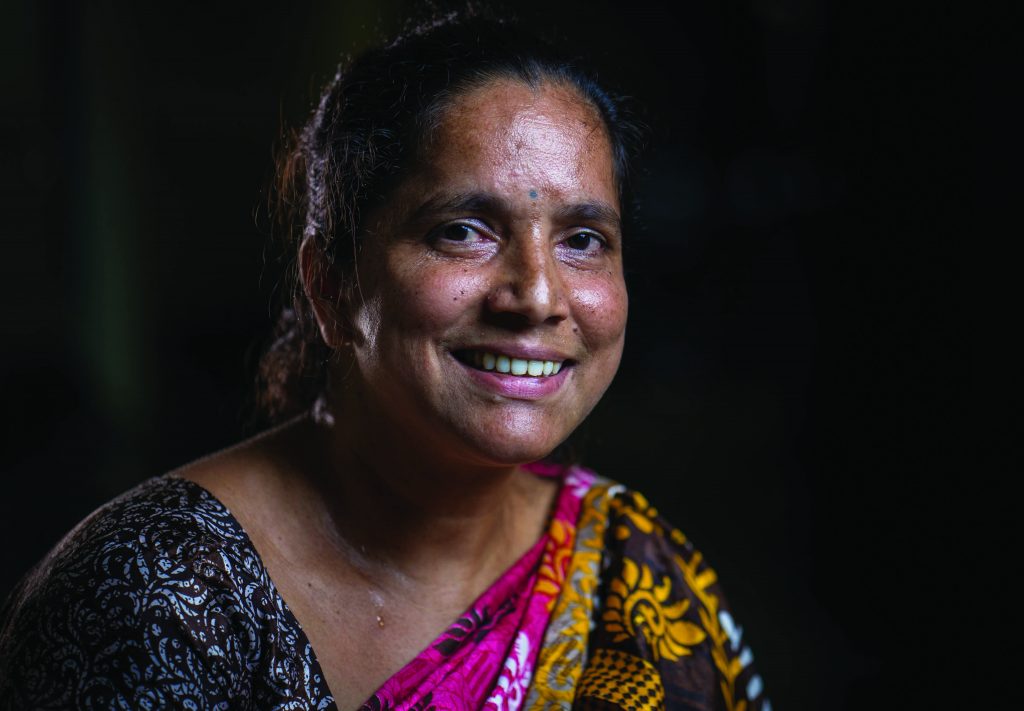 “I believe God healed me at The Leprosy Mission Salur Hospital, and ever since then I believe it’s because of God that I’ve been able to keep going.” –Dhananlakshmi, India

Some of our actions seem small, others larger, but they are all impacting lives.

It is truly a privilege to be part of what God is doing in India through The Leprosy Mission with support from people like you.

My wife, Joydeepa, is the Head of Knowledge Management, Training and Research of TLMTI. Together, we enjoy nurturing medical students spiritually and helping them to also realise that their profession is a calling from God. And, that wherever they work they should be a witness and testimony for God. We visit Christian medical students in various colleges when we can.

Our faith in Christ also inspires us to conduct Bible studies for youth in our home and we are actively involved in leadership with local churches.

We are so grateful to God for the life we had led with Him all these years: a journey to help defeat leprosy and transform lives.

To God be the glory for the things He has done, is doing, and will continue to do! Amen!

Dr Famkima will be in Queensland from 20 January to mark World Leprosy Sunday events for a limited time before touring the other states to thank and report back to Australian supporters. To hold a World Leprosy Sunday event at your church or with your group, and for your free Lenten Study Resources and DVD, please contact The Leprosy Mission Australia 1800 LEPROSY (1800 537 767) or go to www.worldleprosysunday.org.au