Kathy Lee is a Religion and Humanities teacher at The Glennie School in Toowoomba, who recently wrote the words and music for Be Like a Girl and who brings her guitar along with her to Religion lessons. She has previously played alongside Australian country music greats Lee Kernaghan, Kasey Chambers and John Williamson. She has been an Anglican since birth and considers her twin Year 12 boys to be her inspiration and primary focus.

I have been involved in the Anglican Church since birth, as I was christened at St James’, Toowoomba in 1970 and boarded at Glennie in 1986/7. I commenced teaching at Glennie in 2005 as a Junior Years Music Specialist and transferred to teaching Religion and Humanities in the Middle Senior Years in 2016. I was also the Queensland Regional Representative in Enterprise Bargaining in 2018.

Currently, I teach Religion (Years 2-12) and Accounting, Economics, Legal Studies, Geography, SOSE and Drama (Years 7-12). This role allows me weekly contact with over half of our students. Due to the broad nature of my teaching background, I have taught many of our students during each year of their studies. I bring my guitar to Religion lessons and the girls thoroughly engage with the curriculum.

Responding through music to the 2018 Archbishop’s theme of ‘Generations Together’ has been most rewarding due to the manner in which both staff and students embraced my song Be Like A Girl and performed it in individual styles at the Junior Years and Middle/Senior Years Speech Days. However, I have also had the opportunity to write a musical, retelling the history of The Glennie School, to celebrate the 100 year anniversary of The Glennie School, which was performed by the Junior Years in 2014, and organised entertainment (including The Rubens) for The Glennie School’s ‘Day for Paris’ after one of our students suffered life changing burns. 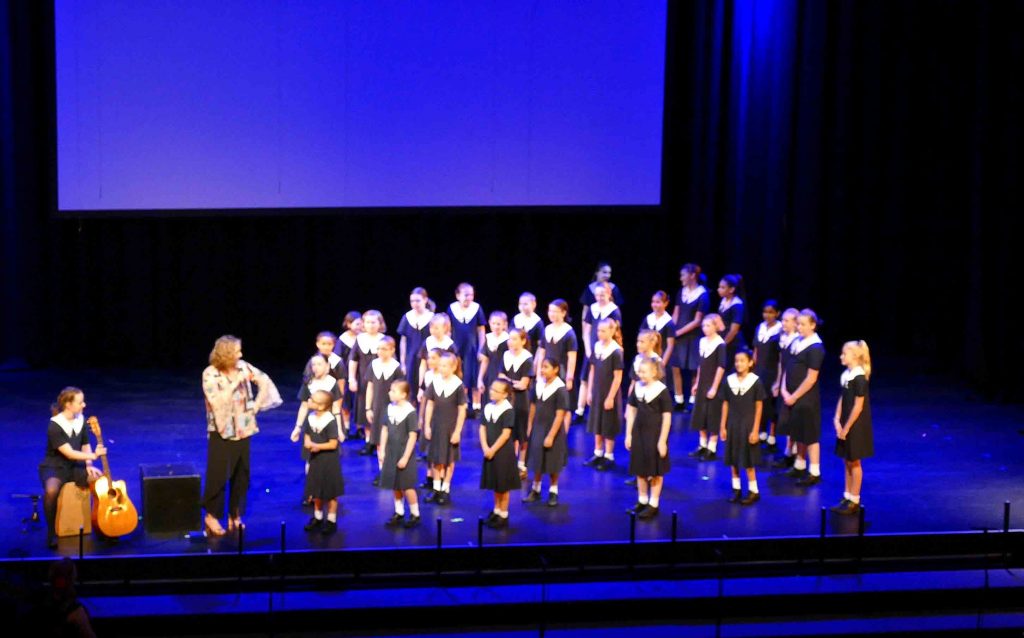 God willing, to continue to inspire students in the classroom on a daily basis. In 2019, I am planning to mentor staff to engage in the process of Lead/Highly Accomplished Teacher certification. I continue to represent employees through the Enterprise Bargaining Joint Working Party.

How did the Glennie School song Be Like a Girl come about and what was the response of the students?

Each year, The Glennie School chooses a theme to inspire students and in 2018 the theme was ‘Be Like A Girl’, which encompassed empowering women to not respond to negative stereotyping of women. A song is performed at Speech Day by both campuses. I could not find an existing song that appropriately embodied the 2018 theme, so I decided to write one. The school’s response to Be Like A Girl was overwhelming, as the students thoroughly embraced workshopping the song to make it appealing to their generation. This was done by a creative process with Year 11 Music and then the remainder of the students positively engaged in rehearsals and in the performance at Speech Day.

Can you tell us about your career as a professional musician?

I released my debut EP Kathy Lee – Wayward Angel (recorded by Nash Chambers) in 1998, which led to support and tour work with Lee Kernaghan and my music charted on Australian Music Top 20, and received extensive airplay. I have played alongside and/or supported many of Australia’s top country music acts including Kasey Chambers, John Williamson, Sarah Storer, Johnny Chester, etc.

Can you tell us a little about your faith journey?

I was raised in a rural community where our family helped care for the church at Maclagan and Brymaroo (Oakey District). I was an ‘alter server’ and often played the church organ for services and I have always attended church. However, my content knowledge of Christian history has been enhanced through teaching Religion to students in Years 2 to 12. 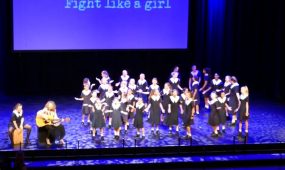 1 Corinthians 13: 4-7 is my favourite scripture due to my mother giving me a printed copy of it as a gift. Every day I try to emulate God’s love in my actions.

My mother inspires me the most, as she has demonstrated endless faith, resilience and steadfast love.

What are the current challenges faced by people in western Queensland and how can the broader Diocese help?

Beyond the significantly impacting drought and its effects, I consider access to the arts as a challenge in western Queensland, as it is limited and inconsistently available. The arts benefit wellbeing and cognitive development and connect generations. I saw this first hand when engaged in the Pass the Hat Around Tour, with Lee Kernaghan and Ray Martin shining a spotlight on the regional challenges.

I love spending time with my twin boys who are in Year 12 this year. We love water skiing, spending time at the beach and being with family.

I have travelled extensively throughout Australia and also visited the UK, Ireland, Greece, New Orleans and Nashville, Hawaii, Vanuatu, New Zealand and Turkey and look forward to travelling again in the near future.

A fully equipped superyacht with a helicopter, guitar and family

“Be the change you want to see in the world.”

What book have you given away most as a gift and why?