Queensland Anglican Aunty Dr Rose Elu received the 2021 Queensland Senior Australian of the Year Award at a ceremony on Tuesday night in recognition of her community advocacy and work in the climate change space.

Premier Annastacia Palaszczuk, who presented the honour, said Aunty Rose’s award recognised her decades-long contribution as a campaigner and as a strong family advocate.

“Since 1980 Aunty McRose Elu has been drawing attention to the impact of climate change in the Torres Strait, speaking at the United Nations and to business and political leaders,” the Premier said.

“She champions renewable energy and sustainable methods of production as a member of the Australian Religious Response to Climate Change.

“She is a Torres Strait Elder who advocates for her community with a vision of enhancing the lives of children and families.

“She also helped negotiate the legal recognition of the traditional customary adoption practices of Torres Strait Islander families in Queensland, which my Government was proud to pass this year.” 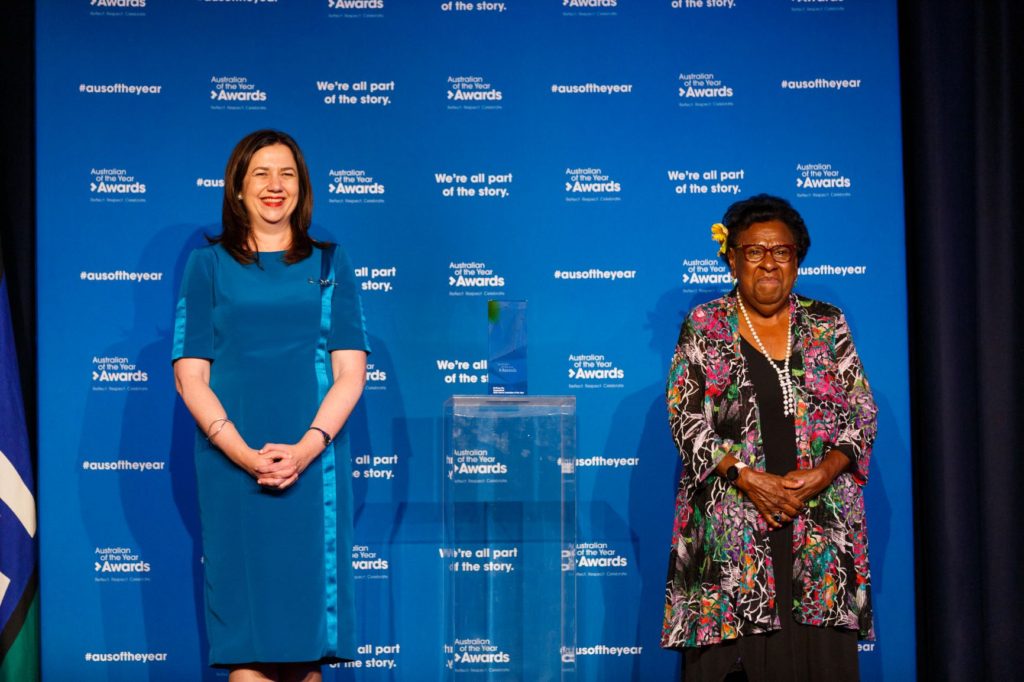 Premier Annastacia Palaszczuk, who presented the honour, said Aunty Rose’s award recognised her decades-long contribution as a campaigner and as a strong family advocate

The Australian of the Year Awards recognise inspiring individuals who lead as role models in their communities, their state/territory and the nation.

Aunty Rose said that the award shines a light on the impact of climate change on Torres Strait Islanders and the work that her people are doing to address the issue.

“We have six low-lying islands in the Torres Strait and one of these, Saibai Island, is my island,” Aunty Rose said.

“The rising sea levels are threatening vegetation and the way of life and wellbeing of Torres Strait Islanders – climate change is a big issue in the Torres Strait.”

Aunty Rose said that she is grateful to God and to her loved ones and colleagues.

“The award means a lot to me. It is a great privilege and honour for all of my people – my family, colleagues and friends,” she said.

“I give glory and thanks to God for the recognition of this award and for the people who have walked with me, internationally, nationally and locally, including friends, family, colleagues and neighbours.” 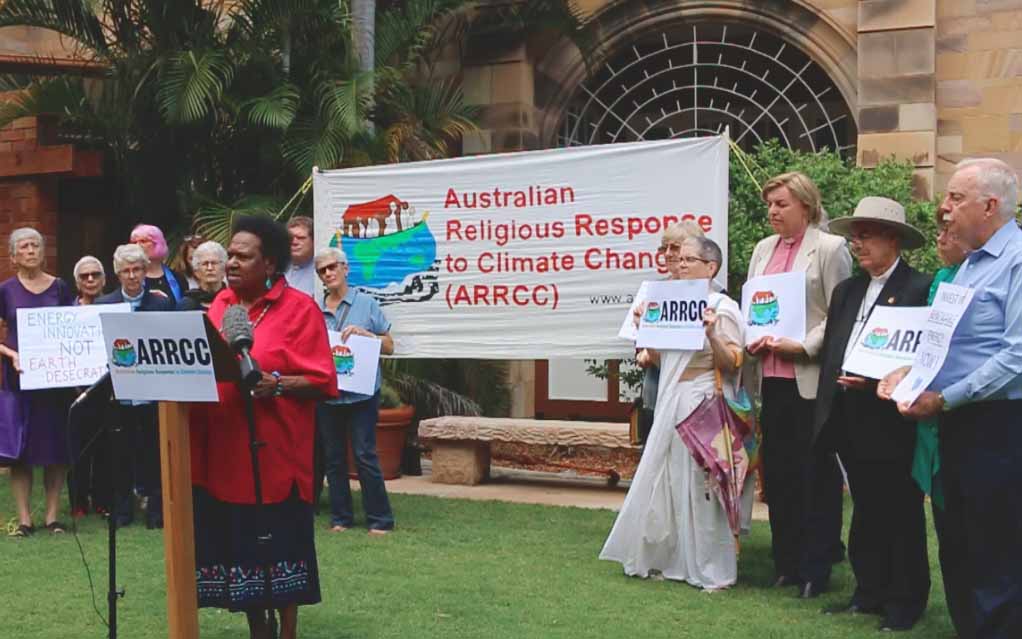 Aunty Rose has demonstrated an unwavering dedication to bettering the lives of children and families, to Reconciliation and to sharing the traditional practices of her people.

In an Ad Clerum sent to Anglican Church Southern Queensland clergy yesterday, Archbishop Phillip Aspinall congratulated Aunty Rose and said that it was particularly fitting for her to receive the award during NAIDOC Week.

“I was delighted to hear in the news overnight that Aunty Dr Rose Elu is the 2021 Queensland Senior Australian of the Year,” Archbishop Aspinall said.

“Please join with me in congratulating Aunty Rose on her award and in praying for God’s blessing on her ongoing work in the Church and the wider community.”

Aunty Rose serves our Church and the wider community in a number of roles, including as a member of the Diocesan Reconciliation Action Plan Working Group; as Churchwarden and Synod Representative for the Torres Strait Non-Geographic Parish; as an Executive Member of the National Aboriginal and Torres Strait Islander Anglican Council (NATSIAC); as a member of the Australian Religious Response to Climate Change; as Elder in Residence at Griffith University; as an Indigenous Service Delivery Advisor with Relationships Australia; and, as a family support counsellor with Anglicare.

A brief conversation with Aunty Rose leaves you in awe, not just of her big heart and generous spirit, but of her brilliant mind. She gained a Bachelor of Arts in Anthropology and Political Science at the University of Queensland before completing her PhD on Customary Law at the University of Hawaii and further post graduate studies in Theology at St Francis College.

Aunty Rose will represent Queensland in the national awards held in Canberra on 25 January 2021.

Hear Aunty Rose speak about Reconciliation in this video.

For a full list of 2021 Queensland Australian of the Year recipients, please visit the Queensland Government website.