Being Together This Advent

Margaret Thurgood, née Broadbent, has been worshipping in the Anglican Church since the late 1940s. She is a former scientist, graduating from UQ in 1939. She is also a great-grandmother who enjoys a yarn over a cuppa and one of her homemade jam drops, which were recently enjoyed by the St Martin’s House, Ann St team.

I live in a retirement villa in Durack on Brisbane’s south side. I join in with the St David’s, Chelmer-Graceville community via phone and I attend weekly services with St Hugh’s, Inala.

How long have you been involved in the Anglican Church and in what role?

When my son Roger was 11 months old, my husband Ken came back from the Second World War. Roger was Christened on the Saturday and I was confirmed in the Anglican Church on the Sunday, so I have been an Anglican for over 70 years. I was guild treasurer of St Peter’s, Hill End and Ken was parish warden. 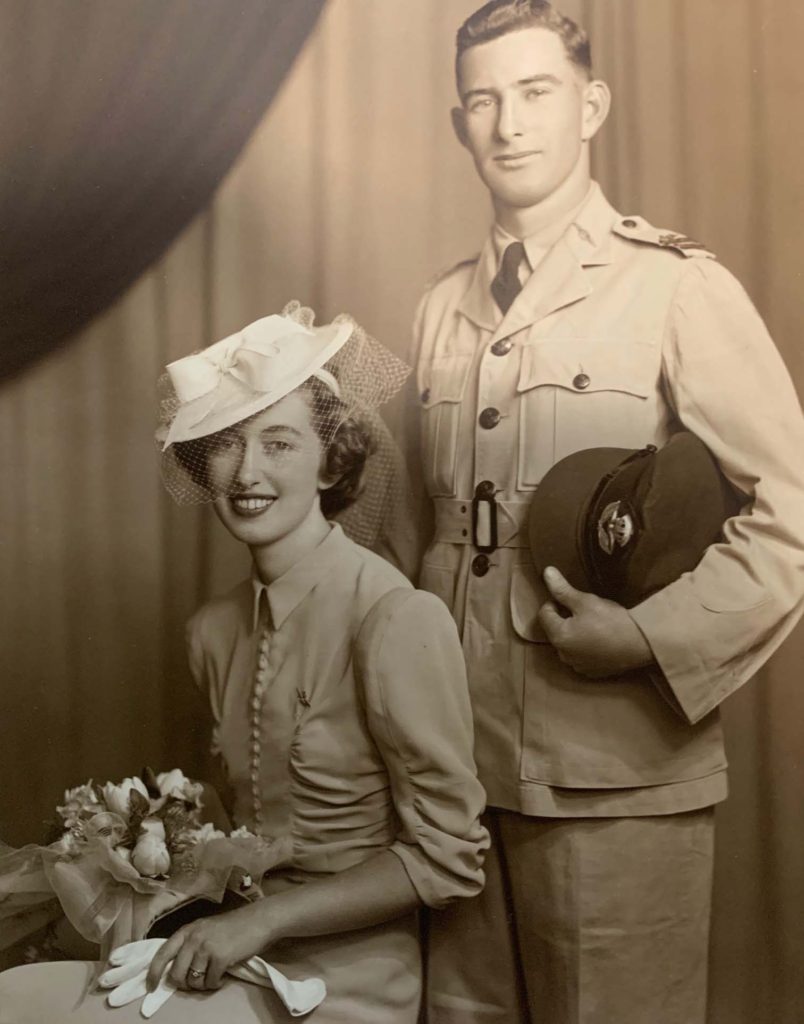 Later at 53 years of age, I married a St David’s, Chelmer man, Jack. I sang in the choir, sometimes did prayers and often took mid-week services. I also ran a Bible study for my neighbours, and Jack ran Bible studies for his golfing mates and bowling friends. I was also active in the Cursillo movement from the mid-1980s.

What have been the highlights of these roles?

Hours to sing, so choir was important. We also sang Gilbert and Sullivan tunes for fun. Attending Cursillo was a real highlight.

What are your plans and goals for the next 12 months?

It’s not for me to have goals – it’s all in the Lord’s hands.

What does Advent mean to you?

It means looking forward to Christmas and the birth of our Saviour. I think it’s sad that Jesus isn’t remembered as he used to be. Advent and Christmas are spiritual times. The fuss about Santa Claus, the over-eating and all the hype annoy me.

In Advent in 1981, I sent an aerogram to a friend in Canada. Her daughter sent it back to me when her mother died. I have it still and it has a lovely picture of the three wise kings on it, as well as verses from a carol. 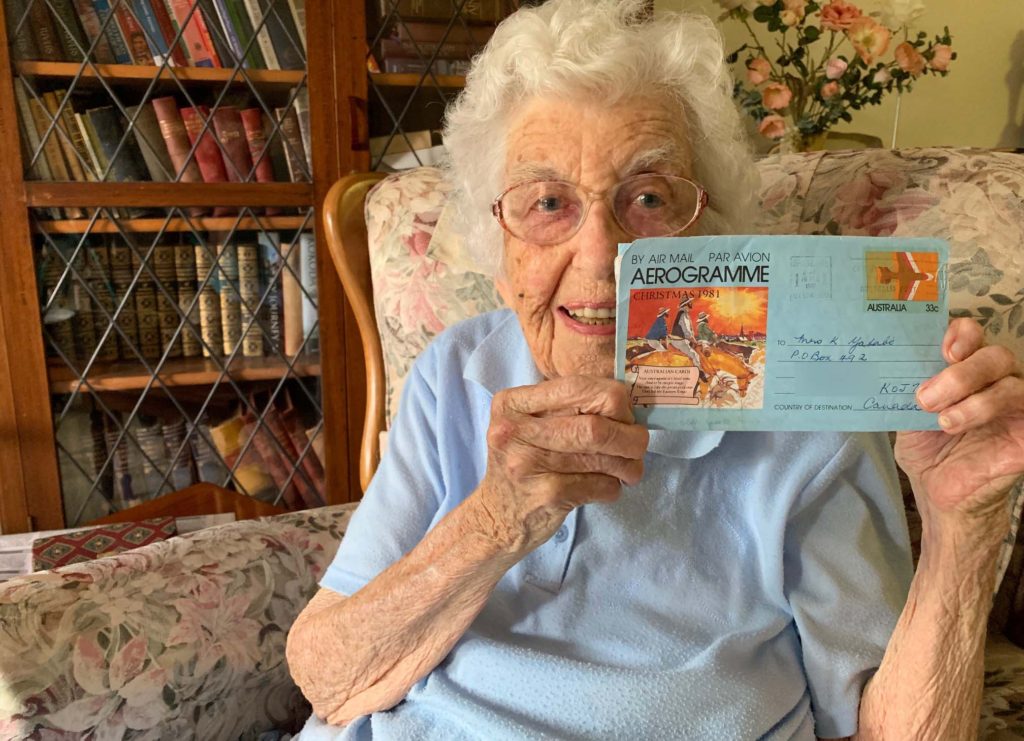 “In Advent in 1981, I sent an aerogram to a friend in Canada. Her daughter sent it back to me when her mother died. I have it still and it has a lovely picture of the three wise kings on it, as well as verses from a carol”

What is the best way to prepare in Advent?

Take stock of your faith – repent and trust and obey God.

Why is Advent an important time of the year?

We look forward to celebrating His birthday.

I converted at university when I was 18. I found the Baptist Church and joined and was baptised. I loved to go to dances and balls, but back then Baptists frowned upon dancing, so I constantly found myself ‘sinning’ on Saturday nights and repenting on Sundays. I had enough Christianity to make me miserable. 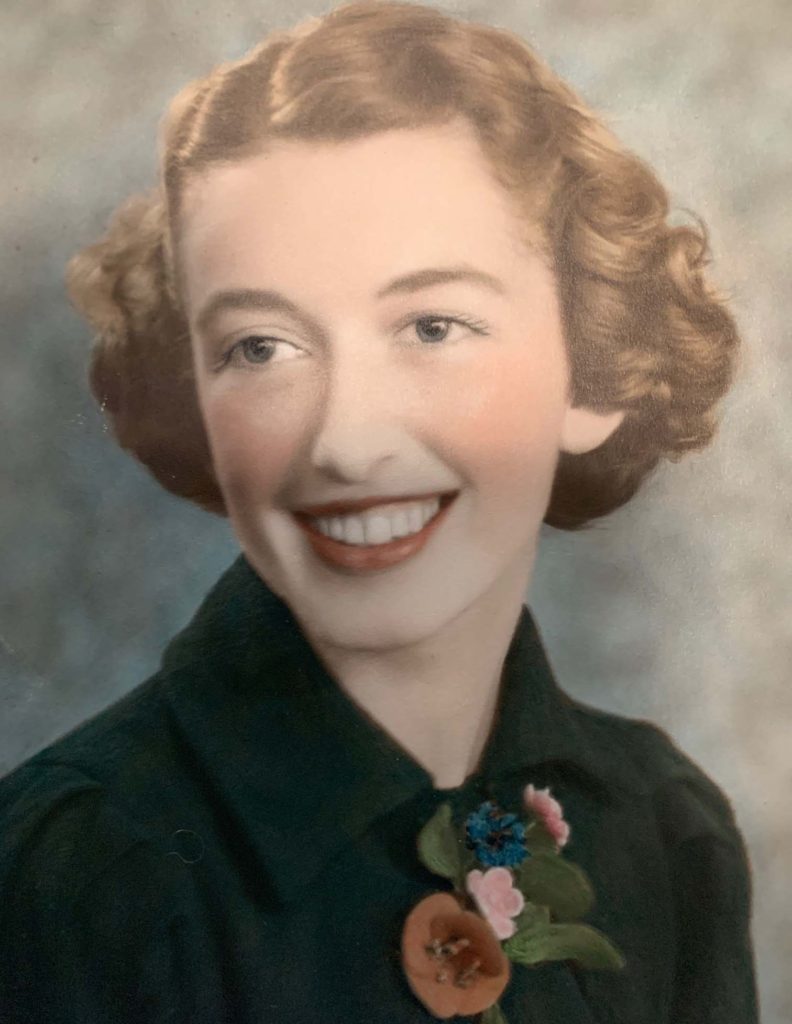 “I converted at university when I was 18. I found the Baptist City Tabernacle and joined and was baptised. I loved to go to dances and balls, but back then Baptists frowned upon dancing, so I constantly found myself ‘sinning’ on Saturday nights and repenting on Sundays”

I settled in West End and attended St Peter’s after I married Ken. In September 1968, tragedy struck and Ken died.

I later joined St David’s after marrying Jack in 1973. At a St David’s Lay Institute for Evangelism (LIFE) seminar I asked to be filled with the Holy Spirit. St David’s become my home. I joined in St David’s activities by phone during COVID-19 and recommenced attending St Hugh’s, Inala services again once worshipping face to face started again, as I now live in Durack. 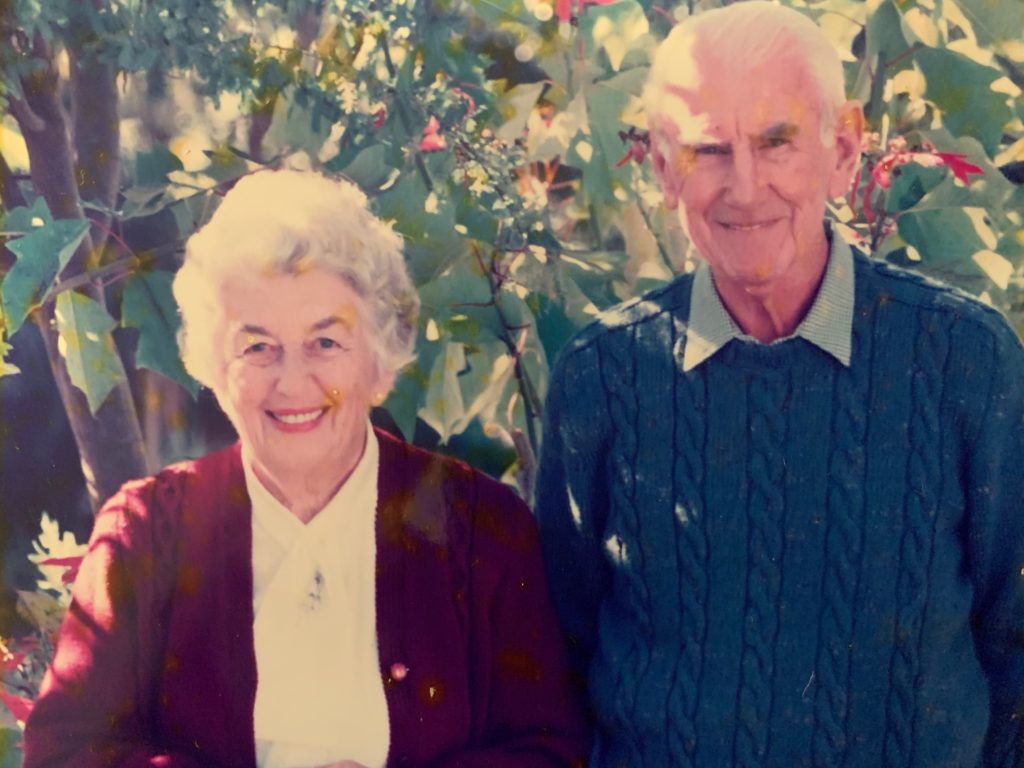 Can you tell us a little about your Cursillo experience?

I attended the fourth Cursillo weekend in our Diocese in the mid-1980s. Cursillo makes it known that the spiritual life is a tripod – we have prayer to God as the first leg, study of His Word as the second and apostolic action as the third. Through Cursillo, I discovered that God loves me just as I am – warts and all.

During a final service at a Cursillo weekend, we were invited to put something on the altar. I only had a biro on me, so I placed it on the altar. After that I received the gift of writing and began writing regularly for my parish newsletters from the 1980s until 2016 when I broke my arm in several places. My writings are kept in several folders in my home.

How does your faith inspire you and shape your outlook, life choices and character?

I have always tried to be led by the Spirit. I sing: “Lead me, Lord, lead me in thy righteousness and make thy way plain before my face. For it is thou, Lord, thou, Lord only, that makest me dwell in safety.”

I have several. Proverbs 3.5-6: “Trust in the Lord with all your heart, and do not rely on your own insight.  In all your ways acknowledge him, and he will make straight your paths.”

Ephesians 2.8-9: “For by grace you have been saved through faith, and this is not your own doing; it is the gift of God— not the result of works, so that no one may boast.”

These are my favourites because they are the truth.

I think the Church should emphasise God’s plan of salvation and warn those who are lukewarm.

What are the primary challenges currently encountered by the Church?

Since COVID-19 life has been challenging for the Church as we still need to worship and praise together and lift each other up. I wonder what Christ would say about the Church and all individuals.

How did you come to study science at UQ in the 1930s and then work in the agriculture and stock sector?

I always enjoyed chemistry, biology and botany at school, where I graduated Dux. My grandfather, Kendall Broadbent, was a naturalist and collector of specimens for the Natural History Museum in London, as well as many Australian museums. 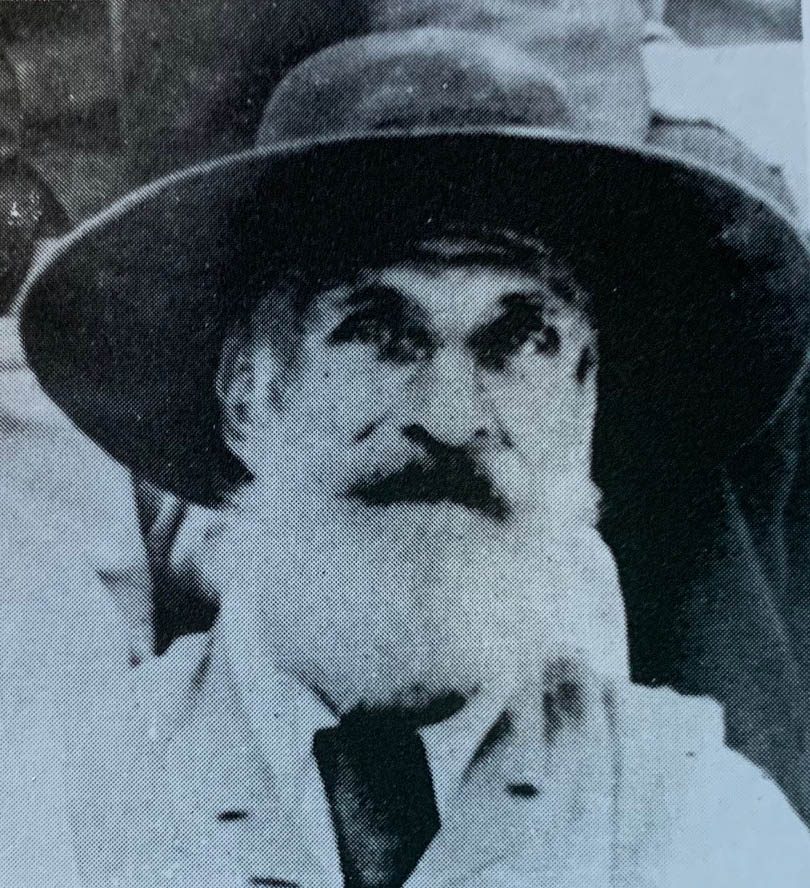 Naturalist and zoological collector Kendall Broadbent (1837 – 1911) and grandfather to Margaret Thurgood (image courtesy of A Time for A Museum: The History of the Queensland Museum 1862-1986)

I did a three-year Bachelor of Science degree. The first thing I had to do at university was boil a dead toad at home and then pull apart and then mount its skeleton on paper. 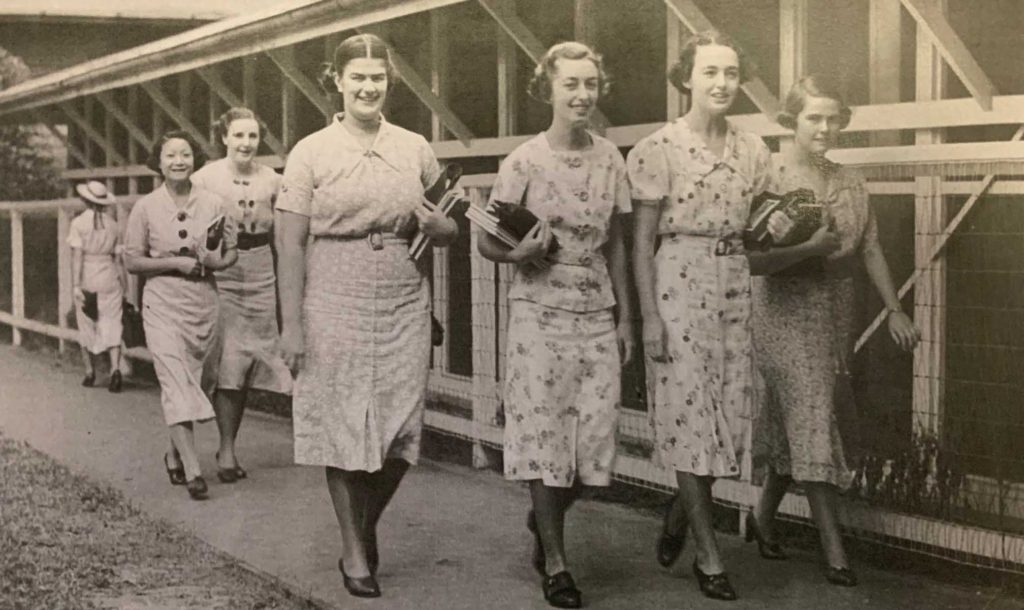 After completing my degree, I got a job at the Queensland Museum, where I identified specimens. The Minister for Agriculture and Stock approached my father because he knew I had a science degree and so he offered me a job in his ministry as the assistant of a parasitologist for the Department of Agriculture and Stock, I jumped at the chance. However, the parasitologist was not happy about me taking the job because I was a woman, so he tried to deter me by making me go through a pig’s intestines to collect and count parasite worms. The pig’s gut was full of slime. I was only 22 years old, so I was pretty young, but I did it. In those days, once you married you got the sack from the public service; however, I didn’t because the parasitologist joined the army and left to go to the war. In that job, I did a survey of the internal parasites of chicken across Queensland – I collected tins of ‘fowls bowels’, as I called them, from stock inspectors around the state. 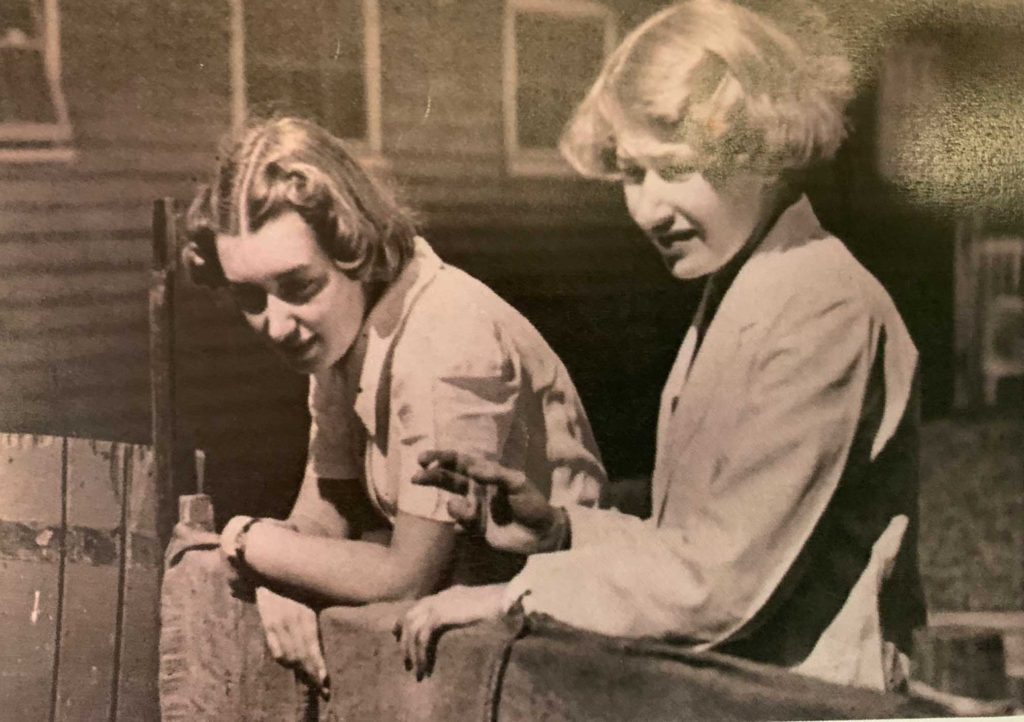 What is the kindest gesture you have ever received or witnessed?

I meet with kindness most of the time. There are always people helping each other where I live. I live in a retirement village. Previously I had a scooter and when I used to get to the multi-purpose room, a friend would go and get a walker for me to make it easier. My neighbour next door went shopping last week and bought me some bananas. Little gestures mean a lot.

The daily devotional God’s Calling. Jesus speaks to me personally through it. 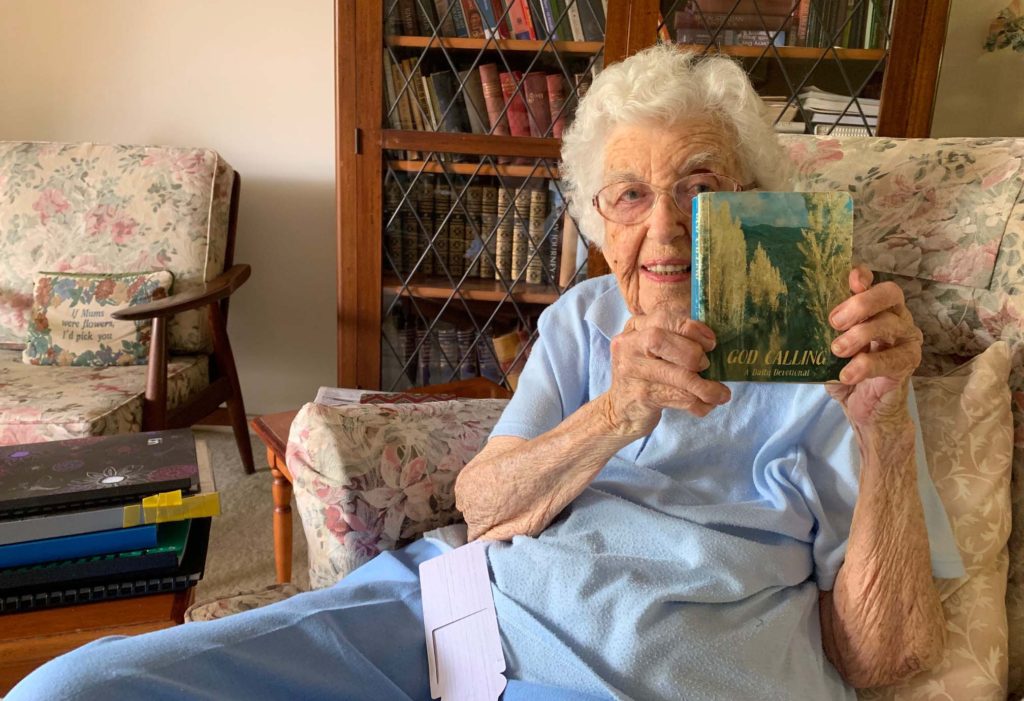 What is the best thing about being a centenarian?

I’m thankful that my brain is ok so I can appreciate each day. 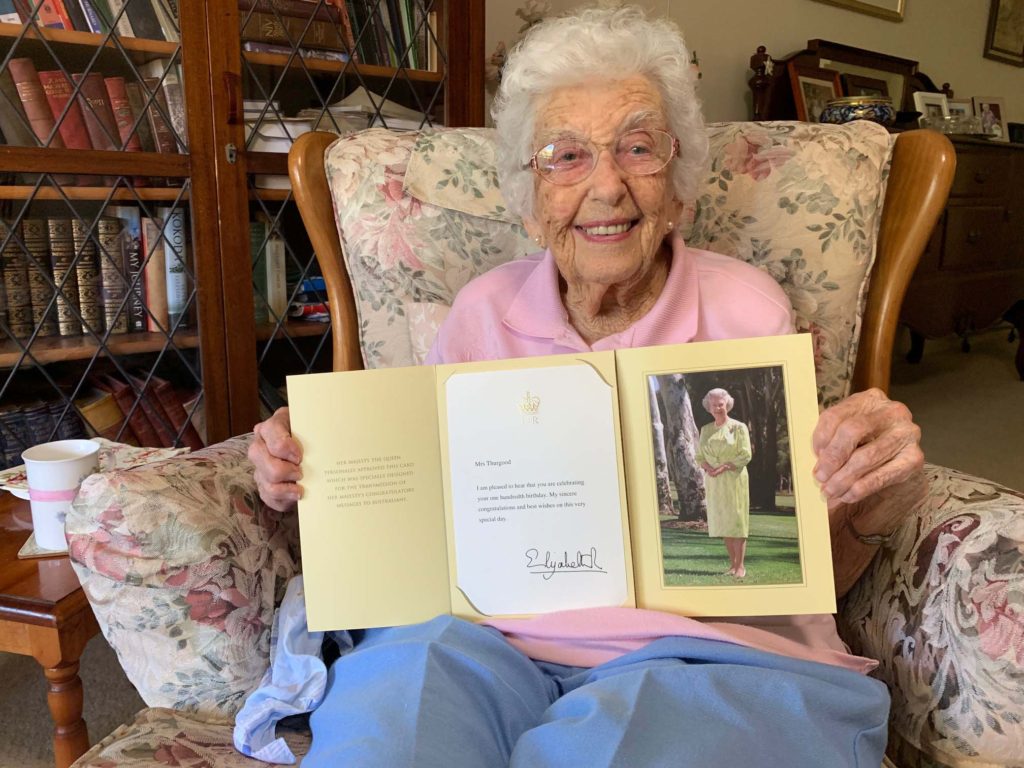 Upon turning 100 years of age in February 2020, Margaret received a letter of congratulations from Queen Elizabeth II

What’s your unanswerable question – the question you are always asking yourself?

Why are you so lazy? I sleep a lot and sit and think about things instead of getting on with it.

What is the best piece of advice you have ever received and who gave you this advice?

For 10 years I went to Somerville House school. Each morning we said the Anglican collect. It has great advice, which is I think is called the ‘grace collect’.

I have nothing but free time. I like to cook and give pleasure to others. I like to learn new things so I learnt patchwork, quilting, china painting and dressmaking. God has given me a lot of talents. I still knit blankets for Wrap with Love, and the blankets are sent all around the world to people who need them. 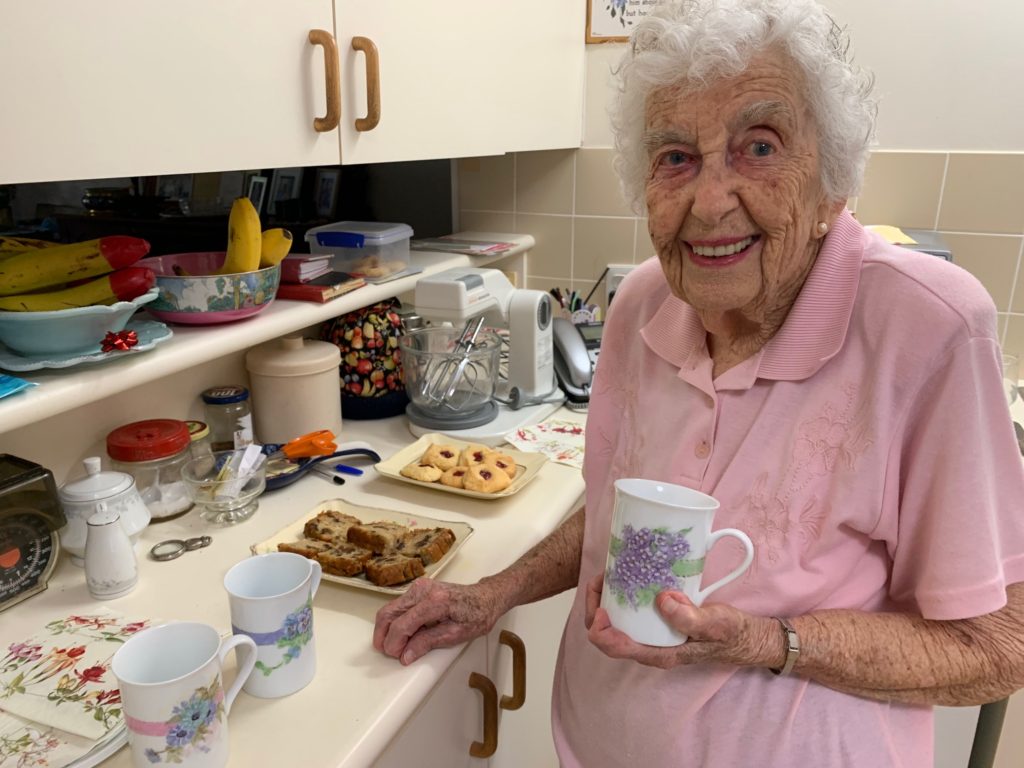 My Bible, my spectacles and a knife.

Where do you do your best thinking?

In bed when I wake up early.

If you are having a bad day, what do you do to cheer yourself up?

What makes you nostalgic and why?

I like to remember the past. Sometimes a tune will do it, such as ‘I’m dreaming of a white Christmas’ or anything by Bing Crosby. Even at school we sang hymns after the Anglican morning collect. Hymns have always been a part of my spiritual life.

Editor’s note: Thank you so much to Margaret for welcoming me to her home and sharing her story and writings with me, as well as for the batch of jam drops, which were gobbled up by Bishop John Roundhill and the St Martin’s House team, and for the gluten-free date loaf on my second visit. 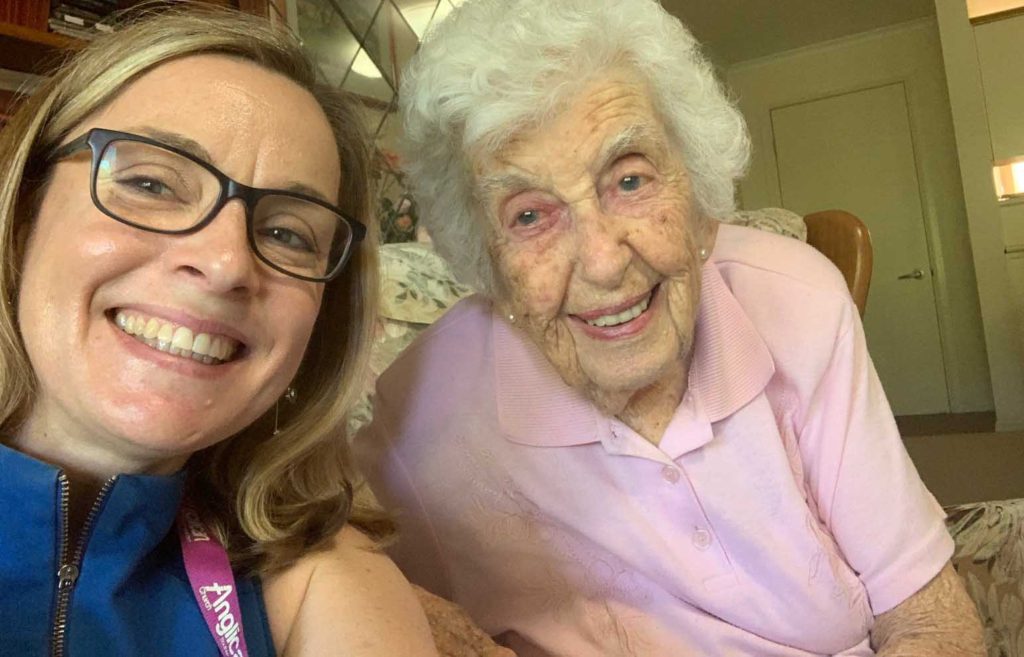