Mix 50 campanologists with two splendid Queensland regional campanile, add plenty of camaraderie and voila, you have a pealing good time.

On Friday 11 June, ringers from the Australia and New Zealand Association of Bellringers (ANZAB ) arrived in force in Maryborough and Bundaberg from places as far away as Hobart, Adelaide and Sydney to share in four days of bell ringing in the 60th annual ANZAB Ringing Festival and AGM.

Ringers warmed up in both towers during Friday evening ringing on simulators (ringing electronically) which was followed by a meet and greet over tea in the respective church halls. On Saturday all ringers met in Maryborough for a day of celebratory pealing with ringers enjoying a range of methods ranging from simple to challenging. 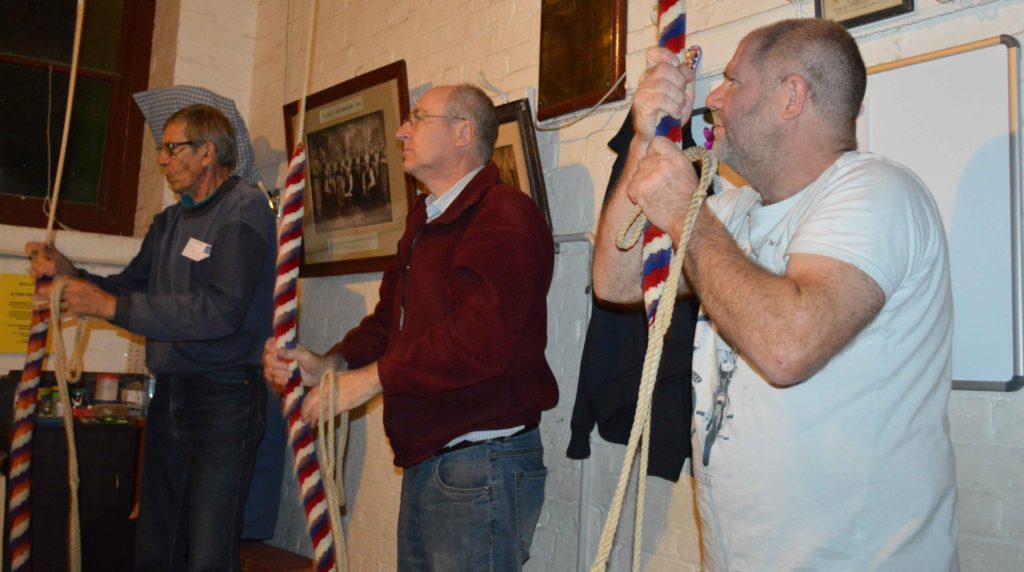 Dinner on Saturday night in the Bundaberg RSL was a memorable time of fellowship with guest speaker Deputy Mayor Cr Bill Trevor introducing ringers and their families to the rapid economic expansion in the Bundaberg region. A delightful musical highlight of the night was a method rung on hand bells by four ringers.

On Sunday the ringing focused on the new Bundaberg tower with service ringing in the morning and general ringing in the afternoon, followed by the ANZAB AGM, with the day finishing with a special sung Evensong in Christ Church.

As well as ringing in both towers, ringers and their families enjoyed a variety of tourism activities around Maryborough and Bundaberg. Mike Toze brought the ‘Toze Mini Ring’, setting it up in quiet spots away from the towers. The mini ring of eight bells from Mathew Higby in the UK was installed in Brisbane in a specially adapted trailer in 2018, functioning as a fully transportable ring of bells able to be easily set up almost anywhere. As well as being a new experience for many regular ringers, the Mini Ring is easily mastered by beginners and offers a great opportunity for bystanders to try their hand ringing. 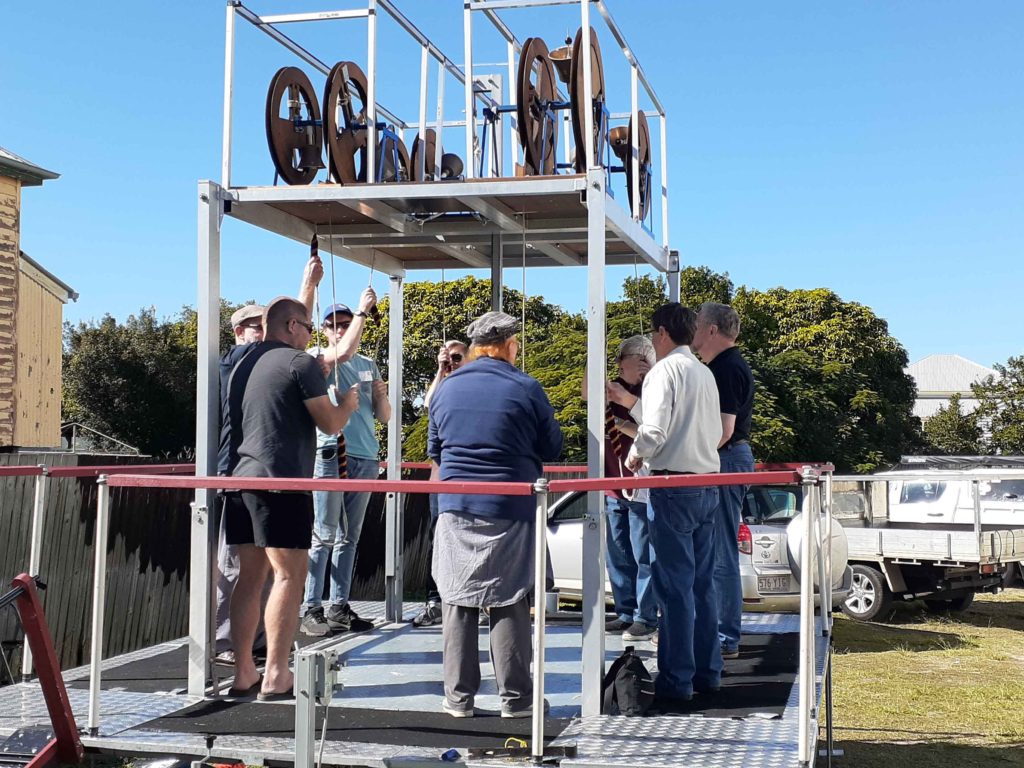 Bell ringers, in Maryborough on Saturday 12 June 2021, trying out new a form of ringing on a mini ring at the Australia and New Zealand Association of Bellringers 60th annual festival

A special treat as the event finished on Monday was a quarter peal rung in Maryborough to honour the wonderful services of Mary Heritage (Fraser Coast icon and storyteller Carmel Murdoch) to the City of Maryborough. Carmel, who is retiring shortly, was present throughout the whole ring, meeting her ringers at the finish and having her photo taken with them. She was overwhelmed that the peal was especially for her.

The St Paul’s Anglican Church bell tower was gifted to the church and city in 1888 by Edgar Aldridge in memory of his beloved wife Maria. The massive structure, with nine bells cast by Mears Whitechapel Bell Foundry of London, cost £3500 and for the next 100 years was the only full-circle peal of bells in Queensland.

Christ Church Anglican Church in Bundaberg was built in 1926 in Gothic style with its prominent bell tower and spire and was dedicated in February 1927. A Gillett & Johnston tenor bell was cast in 1935 and hung for full-circle ringing in the bell tower. In 2019 it was augmented to six by adding another Gillett & Johnston bell from the Keltek Trust, plus four new bells making the heaviest ring of six bells in Australia. After much hard work by ANZAB volunteers, the new ring was commissioned in June 2019 in a packed service when the bells were named the ‘Peace Bells’, as reported by anglican focus.