With the re-opening of a branch of Mothers Union at St John’s Cathedral we have become aware some parishioners are unsure of who we are and what we do. The Archbishop of Canterbury Justin Welby declared, “There is only one Mothers’ Union. It is the world’s oldest and largest women’s movement. It is a gift of God to Anglicans and is one of the Anglican Communion’s greatest gifts to the worldwide church.” However, a survey at General Synod concluded that Mothers Union is “the Anglican Church’s best kept secret”.

So, what is the story?

Mothers Union is a Christian organisation that has been supporting families since our founder Mary Sumner called a group of young mothers together in 1876 in her local parish to offer support and discuss the role of motherhood. Mothers Union has grown into an international movement with over 4 million members in 84 countries. In Australia, the movement has recently become known as Anglican Mothers Union Australia, or AMUA.

Prayer is at the heart of what Mothers Union does. Members commit to including prayer in their daily lives and to maintaining a worldwide fellowship with a focus on prayers for their communities, fellow members and for those in need. Members believe the power of prayer is transformational and supports their work around the world. Despite the name, Mothers Union is an inclusive organisation and very proud to have a growing number of men joining the ranks.

As a Christian movement, we work towards stopping poverty, inequality and injustice. We support families in all their forms to eliminate gender-based violence and abuse, to promote equality and build healthy relationships, and to support women in the key role they have in building communities and bringing peace and reconciliation. Members work alongside local communities at grassroots level around the world to bring hope and practical support to millions of people every year through parenting, literacy and community development programmes. By understanding the needs of individuals and communities, we are able to build effective policies which can have a real and lasting positive impact according to the specific needs of different communities across the world.

Mothers Union has consultative status with ECOSOC (The United Nations Economic and Social Council) which was established in 1946, in order to promote, report on and monitor issues relating to the political, economic, civil, social and educational rights of women. Each year, Mothers Union attends the Commission’s two-week session in New York, where a delegation of members and staff work alongside other NGOs promoting the empowerment and equality of women, and influencing and advising Government delegations. Each year at UNCSW (UN Commission on the Status of Women) member states sign up to a set of agreed conclusions, which they will then implement with their own governments.

Mothers Union advocates and campaigns at local, national and international levels to see these changes become a reality. Members are passionate about issues of social justice, communicating with governments and decision makers, and collaborating with other charities and organisations to help bring a united voice for change.

Mothers Union has been active in the Brisbane Diocese since 1904 and currently there are 52 branches across the Diocese; each branch active within their own local community as well as supporting the work of Mothers Union locally and globally. Projects are many and varied but all with the aim of sharing Christ’s love with others.

Some projects are carried out discreetly – panties supplied for victims of sexual assault whose underwear is retained by police for forensic testing. Packs of toiletries are provided in some hospitals to be given to patients admitted in an emergency. Some branches provide fiddle rugs and memory boxes to aged care centres in their locality, while other branches make rugs for the homeless or teddies for children in distress. Members attend the Court House to provide tea and biscuits to support families when the Family Court is in session. Children’s activities, Mainly Music and Messy Church receive strong support from members in some branches. In each case, these projects are tailored to the needs of the local community.

On a Diocesan level, Mothers Union supports the Women’s Shelter, providing funding as required for children’s equipment and playground, and supports Kids at Risk. ‘Fresh start baskets’ of household products are available for those leaving the shelter. Annually, three holidays are offered to families in need. Mothers Union helps in emergencies with funding available for relief for those affected by fire or floods or drought. Members campaign against violence, participating in 16 Days of Activism Against Gender-Based Violence, and have campaigned for such issues as increased social housing, better conditions for aged and disadvantaged, and an end to modern slavery. Funds are provided to help support work in remote communities across Northern Australia. 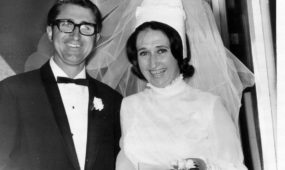 Mothers Union awards three bursaries annually of $1200 each to ordination candidates to cover cost of Clinical Pastoral Care unit of their studies, and a retiring collection supports Anglicare chaplaincy. Each and every day the clergy and ministry of the Diocese are upheld in prayer.

While there isn’t room here to mention every project of Mothers Union, these examples demonstrate members are passionate about supporting families and caring for those in need. More details can be found on the website.

God called Mary Sumner to work for the renewal of family life. When she gathered together a group of young mothers in 1876, she could not have envisaged how many lives would be touched by Mothers Union. Members today go forward in hope and confidence, encouraging and supporting families, ready to respond to new possibilities and new visions for the work of Mothers Union in our Diocese and around the world.

Vision: Our vision is of a world where God’s love is shown through loving, respectful, and flourishing relationships.

Aim and Purpose: To demonstrate the Christian faith in action by the transformation of communities worldwide through the nurture of family in its many forms.