“Lift high the cross, the love of Christ proclaim…”

Parishioners sang as the new cross was lifted into place on the eastern apex of the main roof of St Luke’s, Toowoomba during the recent completion of our eastern wall project. The contract with Classical Stone Australia commenced in February after we received heritage approval for the scope of works proposed for our State Heritage listed building.

Construction of scaffolding 18 metres high to allow fixing the cross to the apex stone gives some indication of the work required across the eastern wall’s central section.

Considering the wall and windows have stood since the extension was undertaken in 1953 to 1959, which included relocation of the Griffith family window (built in 1947), the maintenance required is unsurprising. Driving rains from the east take their toll. Thankfully, the Griffith window, a replica of part of a famous Chartres Cathedral window remains structurally sound, although requiring some repairs, re-puttying of the component section steel frames and cleaning. 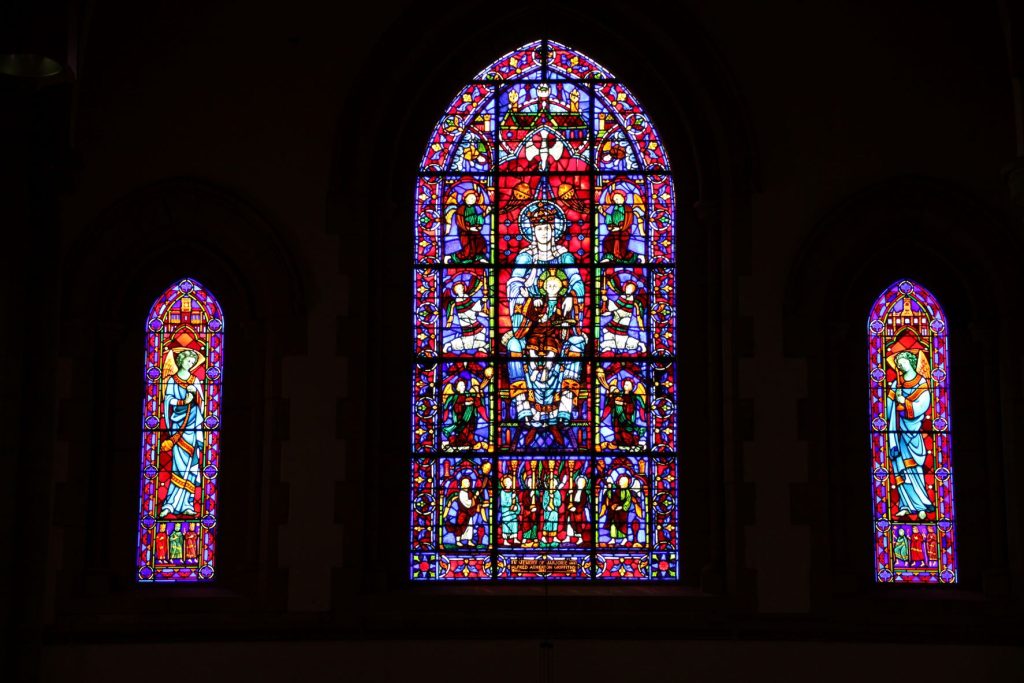 The restoration work was in response to deterioration of sandstone hood and sill blocks (with one breaking and falling) and delaminating of sandstone surrounding the three windows. We also needed to remove the cross on the apex after discovering that the base was cracked, which presented a WH&S risk. 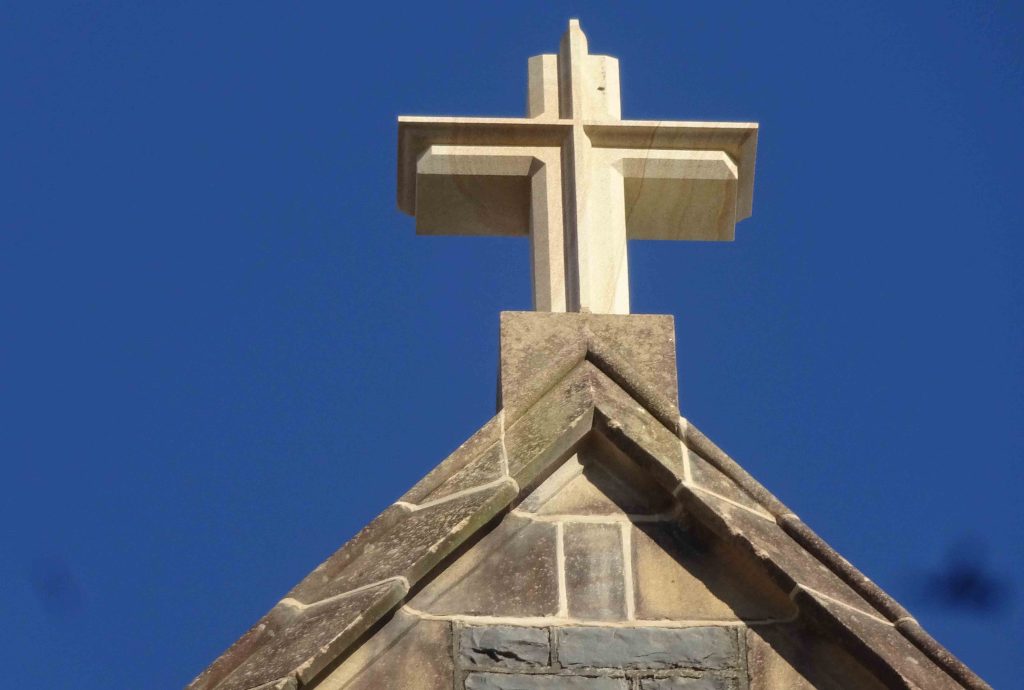 The mortar joints between the bluestones and sandstones fringing the windows and below the sill stone course were repointed to prevent water seepage into the building.

Three windows, including the large Griffith family window that had one section damaged, were repaired as necessary and cleaned after rusted metal screens were removed. These screens have been replaced with toughened glass screens that will better protect the windows and limit water penetration, as well as enhance colour and light in the church.

The new sandstone cross, crafted from a single block, is truly a work of art, which was unfortunately only sighted close-up by a few people, before being hoisted to the eastern apex of the main roof line on 15 March. Placement of the cross was a splendid event, as it was lifted into place against a clear blue sky. 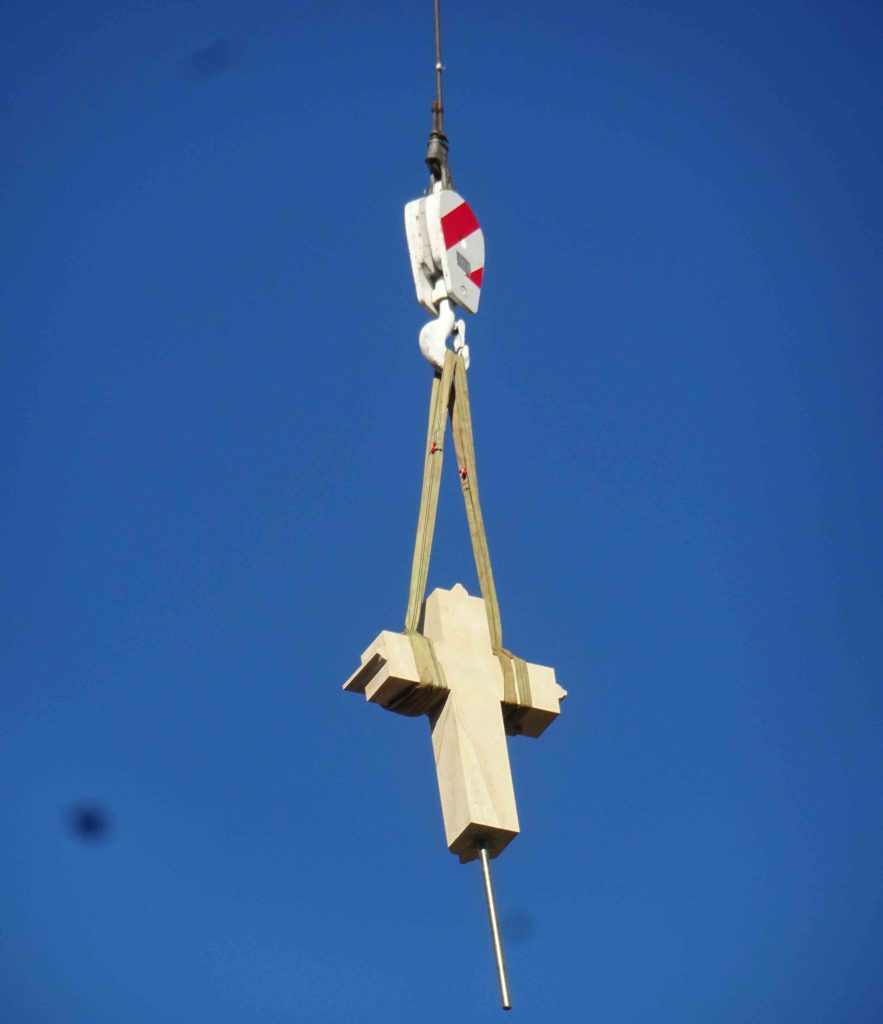 ”Flying cross” being lifted into place on the eastern apex of St Luke’s, Toowoomba in 2022

A total of 22 indent stones have been replaced in the window hoods and sills.  Other sandstone blocks in the window surrounds and sills, rubbed back to a clean surface, now blend with the replacement stones that were fortunately  obtained from the same quarry at Helidon.

The cost of the project, about $200,000, will be largely covered by parish bequest funds, assisted by other contributions. Considering that construction of the Warrior Chapel and eastern extensions in 1953 was budgeted at about the same amount, the ongoing challenge to preserve State Heritage listed buildings on the St Luke’s site can be appreciated. 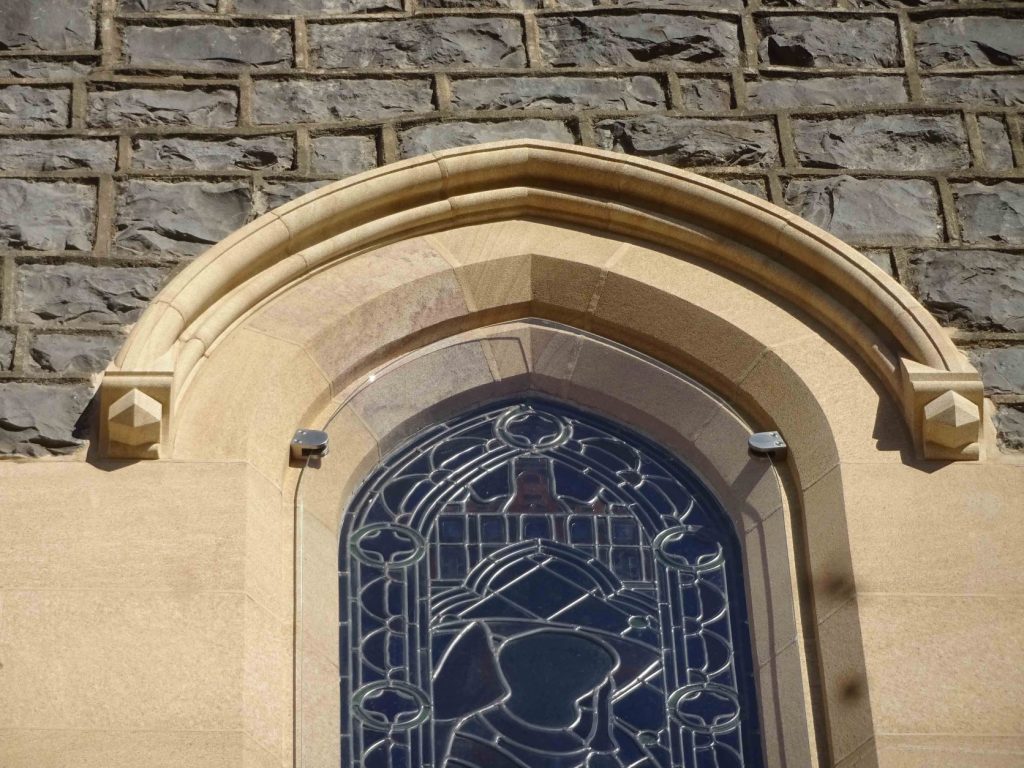 Classical Stone Australia, Kent Roxborough (with lead stone mason Blake Roxborough) and a team of artisans are to be congratulated on delivering high-quality work on time, especially in view of disruptive wet weather events. We give thanks for the skills of these tradespeople.

May the church be used to the glory of God for generations to come. 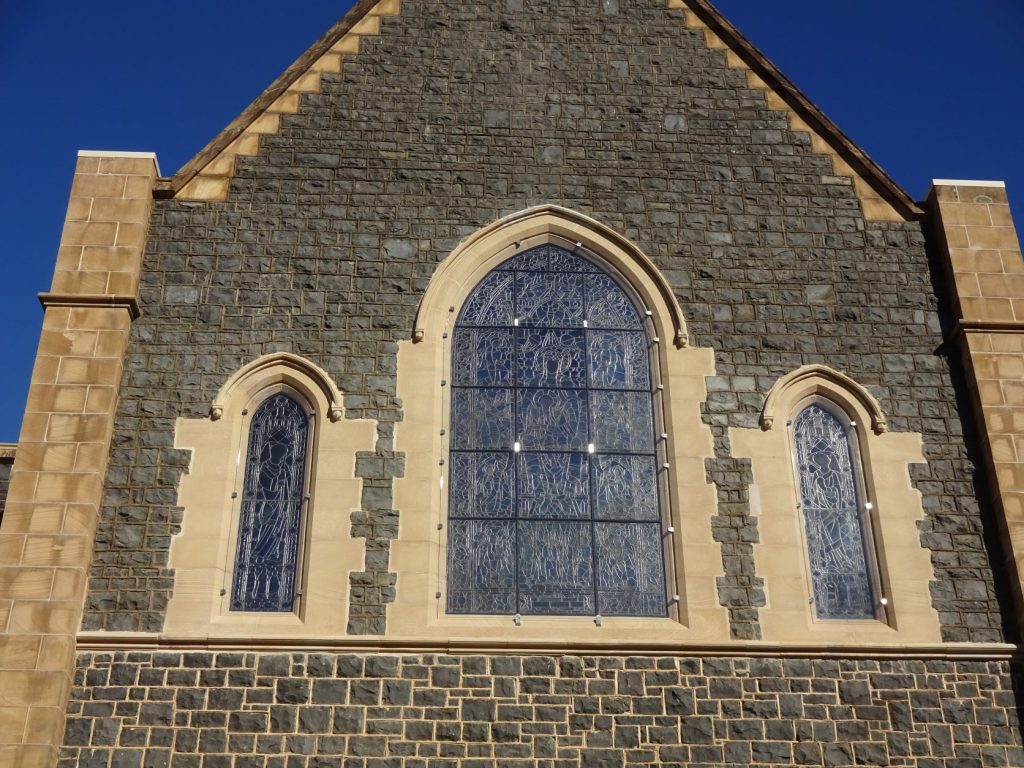 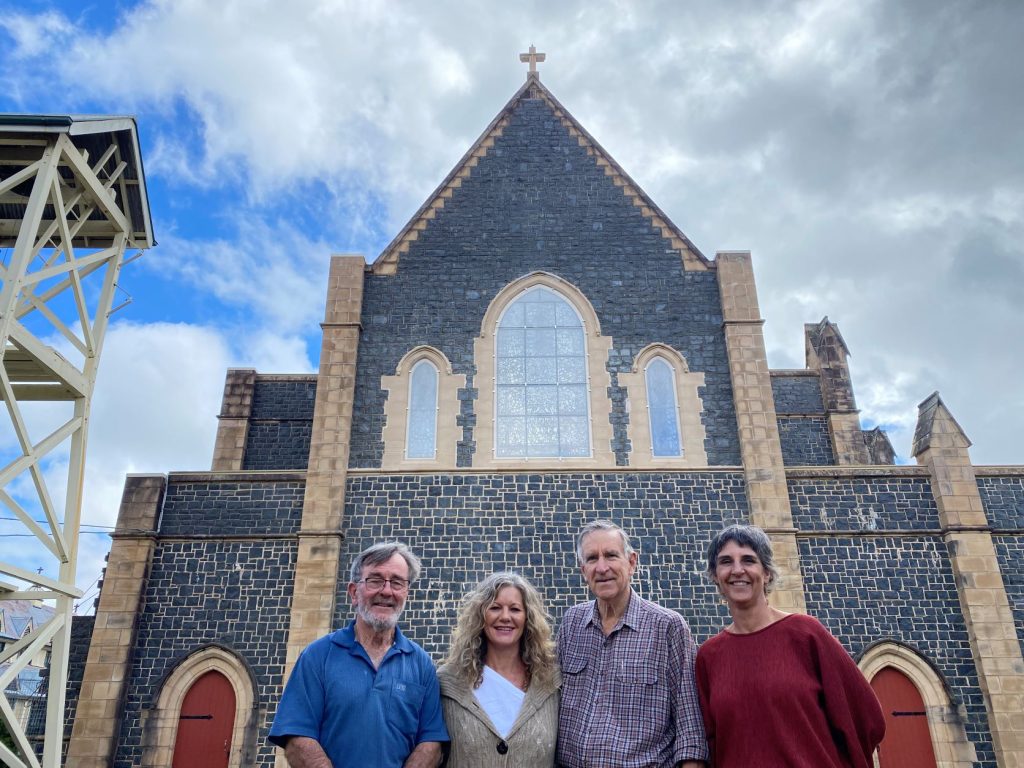