On 30 November 1878, the Governor of Queensland, Sir Arthur Kennedy, laid the foundation stone of St Andrew’s Anglican Church in the presence of 500 people. The Courier of 2 December 1878, published a detailed account of the ceremony:

Before the stone was laid the long procession – including the Rector (The Reverend Frederick Smith), the Lord Bishop and the choirs of St Thomas’, St John’s, and All Saints’ wound its way around the proposed outline of the building. After the ceremony, the bells of old St John’s rang out a merry peal of congratulation from across the river. Under the stone was placed an illuminated scroll which read: ‘In the name of the blessed and undivided Trinity, this stone was laid by His Excellency, Sir Arthur Kennedy, C.B., K.C.M.G., Governor of Queensland, on 30 November 1878, in dedication of the church of St Andrew, Apostle and Martyr’.

Then followed the names of the Bishop, the Rector and the building committee members. On the committee, were several leaders of Brisbane civic life, including Mayor Albert Hockings, Registrar-General of Queensland William Blakeney and parliamentarians Anderson, King and Weedon. The Governor, himself, was intensely interested in the project and was often seen riding from Government House to inspect the building operations of St Andrew’s and to see his friend Judge CW Blakeney, the father of William Blakeney, a leading parishioner of the new church who lived nearby.

After the lower portions of the walls had been built, matters came to a standstill because of a shortage of money. The abandoned six-feet-high walls became the joke of the city. Everywhere they were known as ‘Smith’s Folly’. Even the Governor came to feel the whole plan was far too ambitious, and often expressed grave doubts as to the wisdom of such a huge undertaking in a parish of mostly scrubland. Wise heads were shaken and disapproving tongues were clicked at the thought of so much money wasted on a wildcat scheme – another white elephant.

Then suddenly the building committee manifested a new burst of vigour. Within a year, almost £2000 was raised – a very large sum of money in those days. ‘Smith’s Folly’ wasn’t such folly after all, and construction was completed in 1883.

On Sunday 25 November 2018, past and present parishioners of St Andrew’s Anglican Church, 160 Vulture St South Brisbane, are invited to a combined morning service at 9.30am, followed by a special commemorative morning tea event to mark the 140th anniversary of the laying of the church’s foundation stone. The Very Rev’d John Roundhill, Bishop for the Southern Region, will be guest preacher and celebrant. 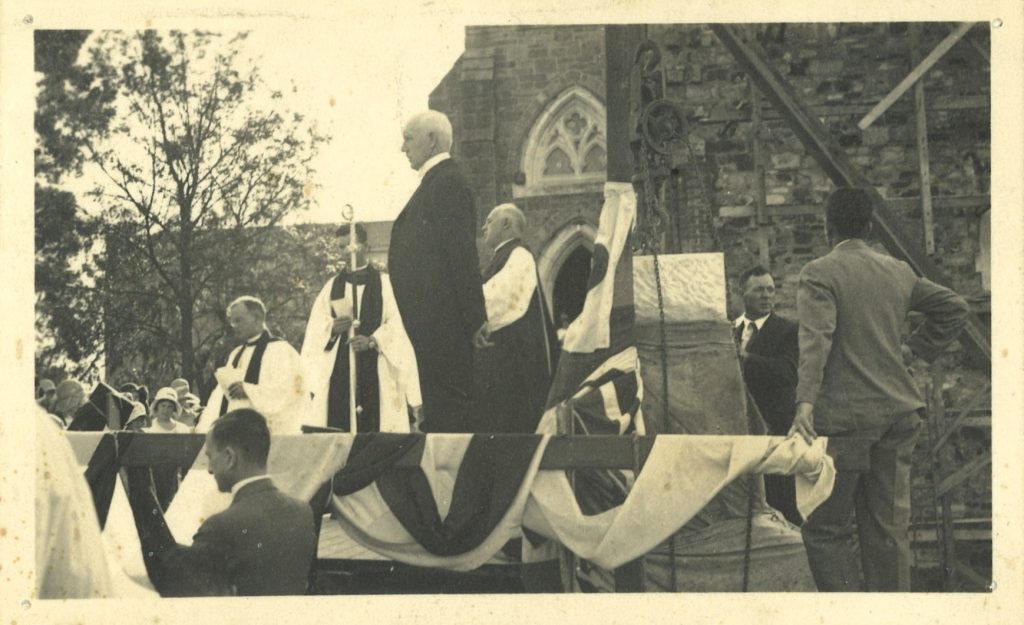 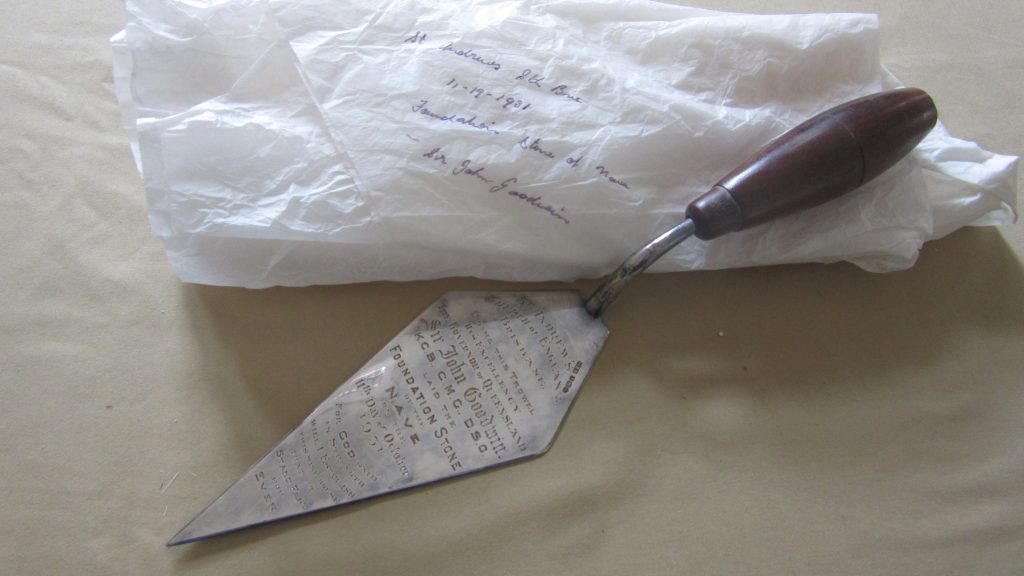 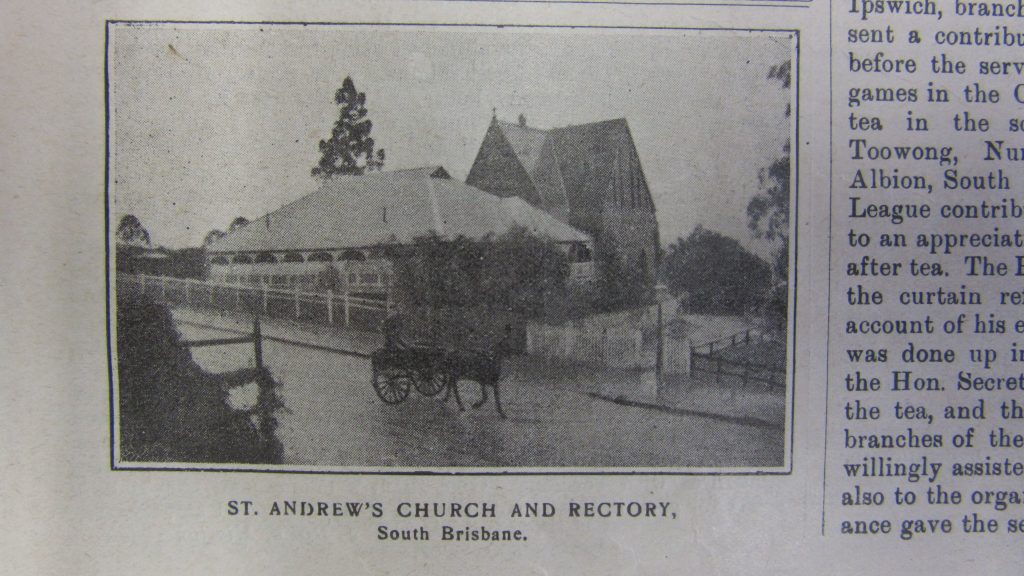 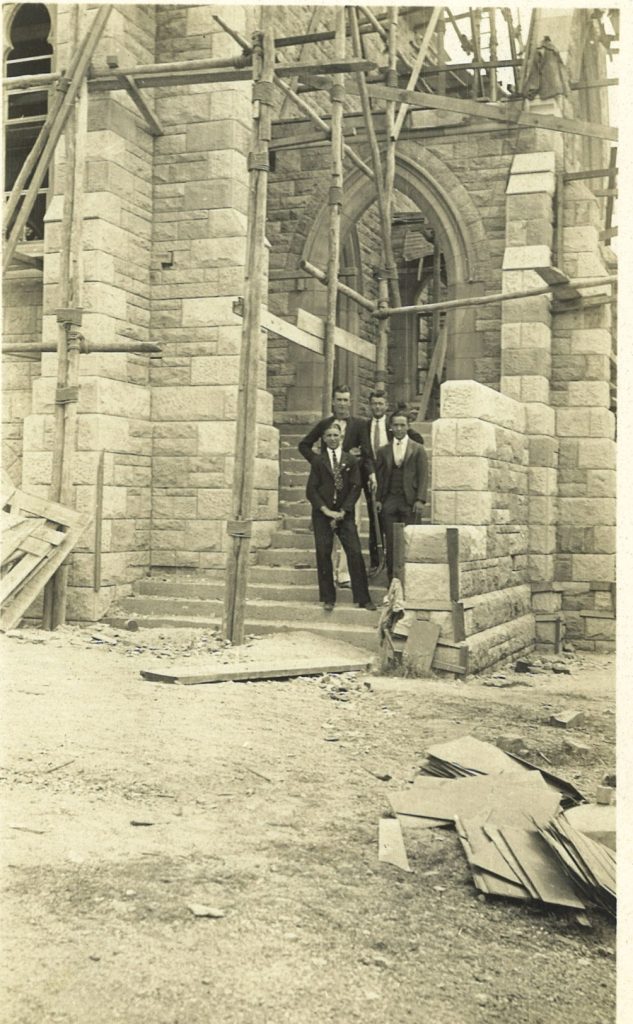