Displayed in a corner of the South Transept of St John’s Cathedral is an ancient ‘Union Jack’. For years, legend had it that the flag originated from the Gallipoli Campaign, but all records relating to the flag – when it was presented, who presented it and its history at Gallipoli – were lost over time.

Last year, I discovered quite by chance an old newspaper article which revealed that the flag was indeed used throughout the Gallipoli Campaign by an Anzac chaplain The Rev’d Captain Alexander Maxwell, a Queenslander. Importantly, Maxwell carried the flag through Anzac Cove, under enemy fire, on the very last day of the evacuation of the Australians and New Zealanders from the Peninsula. Records reveal that the flag was the very last to be flown at Gallipoli, underscoring the fact that the Cathedral has in its care and possession one of the nation’s most significant and symbolic war treasures.

Maxwell was one of 22 priests from the Anglican Diocese of Brisbane who served alongside Australian troops during World War I, but his war service was distinguished by the fact that he served almost all of it at Gallipoli.

At the time of his enlistment he had been rector of the Parish of Sandgate. He enlisted as a chaplain in February 1915. He was then 59, almost twice the age of many other padres. He spent much of the Gallipoli engagement as a hospital ship chaplain, during which time more than 5,000 sick, wounded and dying Anzacs passed through his care. At one point, over a three day period during the disastrous offensives at the Nek and Lone Pine, he buried 67 men at sea.

Sunday 19 December 1915, however, found Maxwell at Anzac Cove where he had gone ashore from his hospital ship. It was the last full day of the evacuation from Gallipoli – all remaining Australian and New Zealand troops would be withdrawn by 4.10 the following morning. It was a tense time for the soldiers. There was considerable anxiety lest the Turkish defenders realise that most of the Anzacs had withdrawn and only a small number remained, making them highly vulnerable to attack and the possibility of mass slaughter. Thankfully, all Anzacs were evacuated safely without a single loss of life.

Maxwell had taken to the war a Union Jack, which he had used in 1903 to commemorate the first hoisting of the British flag over the new colony of Victoria, at a spot where the town of Sorrento now stands. Maxwell packed his flag into his kit bag for the Front and then used it in the course of his chaplaincy duties throughout the Gallipoli engagement.

On 19 December, Maxwell had gone ashore to visit Hell Spit cemetery, one of 20 gravesites established by the Anzacs on the Peninsula. At about 1.30 that afternoon he was returning from the cemetery, and was carrying the flag with him, when he and the flag were fired on three times by Beachy Bill.

‘Beachy Bill’ was the nickname for a battery of Turkish guns located at a position just a few kilometres south of Anzac Cove. Throughout the Gallipoli campaign, Beachy Bill’s gunners fired at will on to the Cove inflicting over 1,000 casualties. Hell Spit was located at the southern end of the Cove, close to Beachy Bill. Hell Spit cemetery had been closed because the Turkish battery was in the habit of firing at burial parties there, so Maxwell took considerable risk in visiting the cemetery with his flag on that final day at Anzac Cove. The shells fired at Maxwell and the flag fortunately missed their mark, though shrapnel from an exploding shell grazed one of the padre’s pockets.

In April 1916, Maxwell returned to Brisbane from war duties. In 1920, after the War, he was invited to show the flag that he had flown on the last day at Anzac Cove to General Sir William Birdwood who was on a visit to Brisbane as part of a wider Australian and New Zealand tour.

Birdwood, a British officer, had been commander of the Anzac sector at Gallipoli. It was he who gave the name ‘Anzac Cove’ to the beach where the Anzacs landed and encamped. Maxwell showed Birdwood his flag at Government House in Brisbane where the General was staying. Birdwood expressed great interest in the flag and he signed his name on its top right-hand corner. On Anzac Day 1929, Maxwell formally presented the flag to St John’s Cathedral at a packed commemoration service attended by senior government and military representatives and he was interviewed by The Brisbane Courier (now The Courier Mail) before the event. Maxwell told the newspaper that the flag was the last one flying at the evacuation.

There is another Union Jack at the Australian War Memorial, which hitherto was thought to be the last flag flown at Anzac Cove. It was removed from one of the signal offices by official war correspondent Charles Bean. However, Bean removed his flag on 18 December, the second last day of evacuation, approximately 24 hours before Captain Maxwell took his flag ashore and carried it along the Cove. Maxwell’s flag was the last known flag to be displayed at Anzac Cove and was done so just before the final group of soldiers departed in the early hours of 20 December 1915. 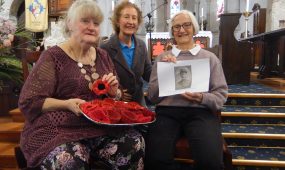 Thousands of knitted poppies to mark the Centenary of Armistice Day

The Cathedral has received a grant from the Premier of Queensland to publish a booklet on the flag and other significant war memorials housed in the building from the First and Second World Wars. Copies of the booklet will be mailed to all Brisbane secondary schools, and all schools will be able to access the booklet online through the Cathedral’s website. It is hoped that over time the Cathedral will become a place of pilgrimage for young people and others interested in the Anzac legend and in the last Australian flag flown at Gallipoli.

The booklet will be launched at St John’s Cathedral by the Governor of Queensland at 7.00pm on 19 December 2018, the anniversary of the day that Chaplain Maxwell flew his flag at Anzac Cove. All are welcome to attend the event.

This reflection was first published in The Eagle, the magazine of St John’s Anglican Cathedral. 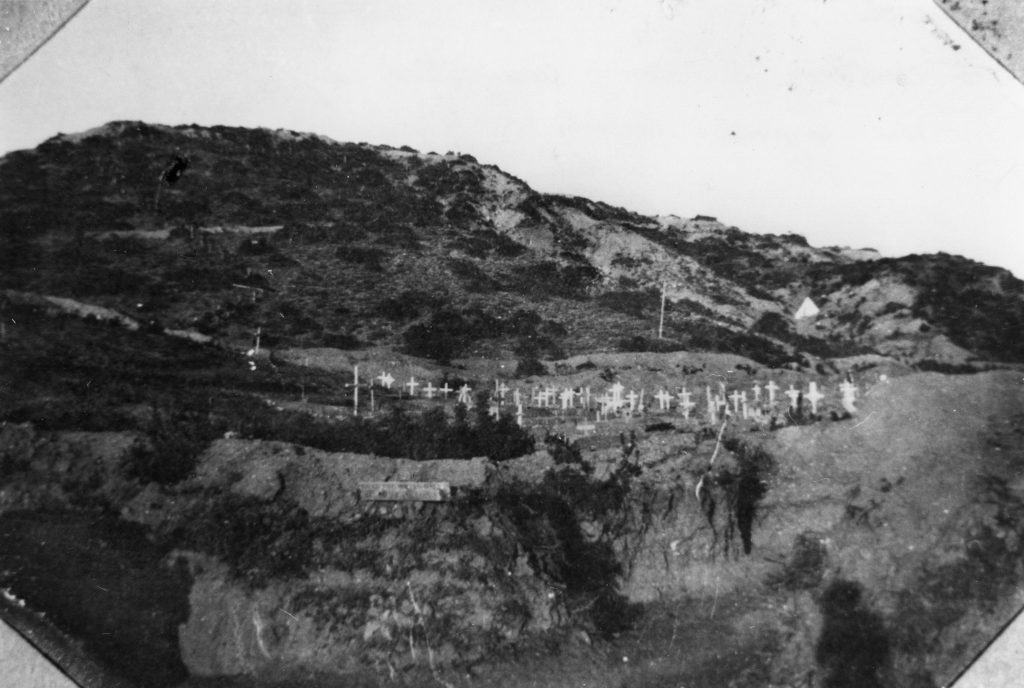