Unsure of who was going to be in the house, I went in armed with my well-used NRSV Annotated Study Bible complete with underlined sections and a fair share of book marks (that is how you know I was serious), a suitcase full of a wide range of items to cover any scenario, my Doc Martens and a big bag full of optimism.  The optimism was really important because I was pretty nervous about what I was walking into. I had no idea about the people and only some general pre-filming insights about what we were going to be talking about. I knew that the issues in the house would reflect the social issues regarding the Church – the Royal Commission, abortion, women’s equality, biblical authority and sexuality to name just a few. With issues like these on the table and the wide range of Christians I expected to encounter – optimism was an important ‘must-bring’ for me. This wasn’t my first time entering into an uncontrolled media space, but I am by no means an ‘experienced’ performer. The one thing that my appearance on ABC TV’s Q&A taught me is to expect the unexpected and to always be watching and listening.

When I walked into the house for the first time, I was greeted by all the occupants with open arms. We started out really well, genuinely wanting to get to know each other. There were a few people in the initial opening that I knew that I would get along with. Those moments, where soon after meeting someone you know that you are going to be friends. For me, it was Steve (who we lovingly called ‘Steve Classic’) and Chris – who you will get to know as you watch the show. Jo and Carol also became wonderful friends, along with Hannah. I felt pretty blessed that I had been put in the house with these people and that we could give support and strength to each other during such an intense experience. It was incredible how quickly the bonds grew in a short period of time.

In our introductions to each other, we were all sizing each other up. I made the decision to just be completely candid with who I was and what I stood for, because that is how I am.  I think this was one of the reasons why I clicked with so many people and probably instantly distanced myself from others. I actually do have criteria for who I become friends with: 1. Kindness – I love kind people who are generous with who they are and give of themselves; 2. Creativity – I love creative people because it shows me the brilliance we are all capable of, and it inspires me to be better and to think outside of the box; 3. Humour – we have to be able to make each other laugh, to get those endorphins flowing and to be vulnerable and joyous together. Steve ‘Classic’, Chris, Jo and Carol were the first people to make me feel genuinely at home, inspired and joyous. We had a few ‘in jokes’ in the house. The first was ‘shushing’ each other and the second was noting Jo’s facial expressions. The woman has the most expressive face. I think we all bonded because we were honest with each other about who we were right from the start. This is really important to me in relationships. Steve Classic and I probably spent the most time together, each night debriefing about the day, talking candidly about life, and making each other laugh by being ridiculous with each other. We had a wonderful conversation about linens and what was happening in the surrounding units. We would share experiences and play cards. By the second day, it felt like we had known each other for years.

Over the next seven days, we all talked, we bonded, we argued, we laughed and we certainly cried. We got to experience and see each other’s beliefs and noted our differences. Each night a few of us would have a glass of wine and process how the day went and all that had transpired. Steve and I were the night owls of the house, so we would then finish the night off with a couple of games of cards. I impressed Steve with how quickly I learnt Euchre and with my general card playing skills. After each big day of conversations and adventures, we would finish the night off sharing some laughs together. That is probably one of the biggest reasons that I made it through the experience.

It was hard to get through all of the discussions with all 10 of us remaining friends, and I can honestly say that I think we did the best we could. However, that certainly didn’t mean that we always agreed. Issues surrounding the Royal Commission, gender, sexuality and interpretations of scripture were the hardest issues to talk about. The house itself was great, as there was plenty of room and places for people to relax and talk, games and books and the fridge was stocked for us to make our own snacks and to participate in cooking meals for the group. There was even a pool! Each day we would find ourselves addressing at least one important matter of faith and ventured out of the house for a surprise outside excursion. Each day there were a few arguments, some anger and hurt feelings. At the end of the day it was important to acknowledge our differences and that there is a reason we all choose a particular denomination in which we could each feel at home. All of us walked out of the house on the last day with genuine feelings of friendship towards each other. Who couldn’t after the experience we shared?

Theologically we were all different and that was the point of the show. Christianity is a complex animal and there are so many ways and denominations to express our belief. I went on the show because I wanted to show that to the wider culture in Australia. Too often I have had people tell me that they would love to be a Christian but they can’t believe in six-day creation or they don’t believe that homosexuals go to hell. My response is usually: ‘You know I don’t believe in those things either. You can be a Christian and believe in evolution and in gender and sexual equality’. The relief in people’s eyes is palpable. This is why I said ‘yes’ to the show, for the wider culture to see the diversity and nuance in Christianity. To open Christianity up to people who want to belong but don’t think that they can – because everyone is welcome.

Christians Like Us airs on SBS over two nights at 8.35pm, Wednesday April 3 and 10.

The Rev’d Tiffany shared about her Christians Like Us experience on ABC Brisbane radio on Tuesday 2 April. 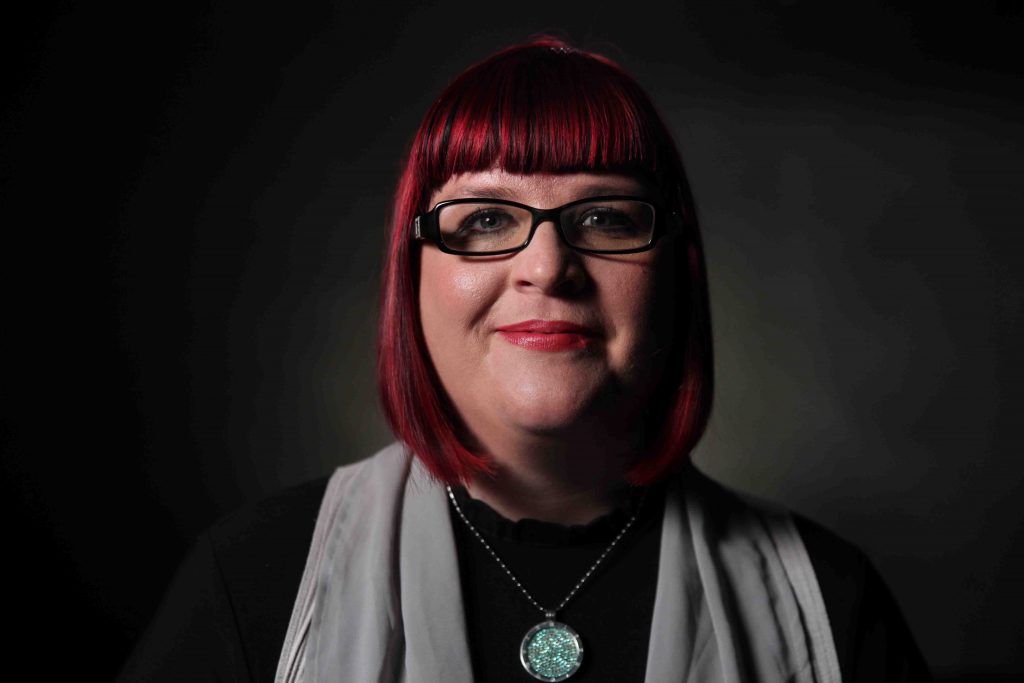