This is the story of faith, love and community that Bishop Cam and his wife Kate shared at the recent Toowoomba Region Mayoral Prayer Breakfast, which was attended by over 600 guests. Bishop Cam and Kate are vital and valuable members of the Toowoomba community – Kate as CatholicCare Social Services South West Queensland Director and Cam as Anglican Bishop for the Western Region.

Cam and I had been friends for a number of years before we got together – although by then I was a single mother of a gorgeous little blonde-haired, blue-eyed baby girl.

Cam moved to Papua New Guinea and six months later I went and visited him for two weeks in Popondetta (about two hours from Kokoda). A second trip followed six months later and this time I took Gabby, my three-year-old daughter (I was a package deal). When I told Cam that I thought we should get married – while watching the moon reflect on the waves in a small coastal village, he had an asthma attack!! We didn’t get engaged that night, and I had a long conversation with God: “I thought we had a plan – this is not how I thought it would go!”

But about five months later, on my 27th birthday, Cam proposed. We were soon married and Gabby and I eventually moved with Cam back to Popondetta. By the time we arrived in PNG, I was pregnant. Suddenly I had sisters and brothers and about a million nieces and nephews, as well as some ‘bubus’ (grandparents) and surrogate parents. We lived in a community called St Christopher’s and our daughter Ems was the first white baby to have been born in town for 17 years. In every possible way, our girls were raised by a village and that village supported all of our family in everyday life, in sickness and in emergencies. 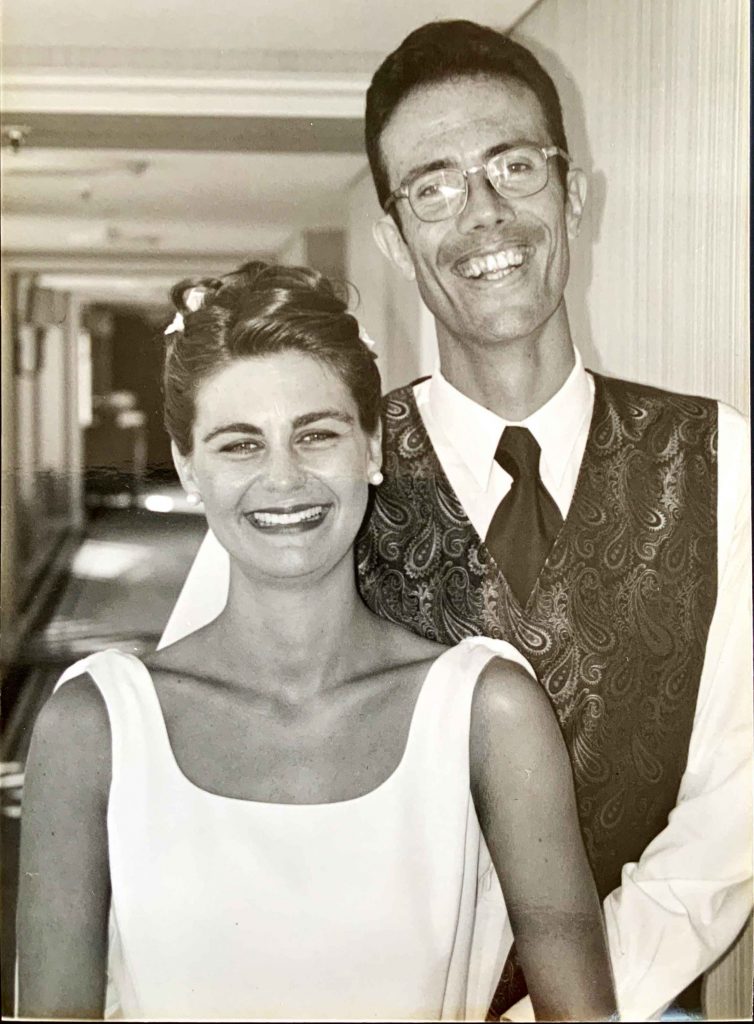 Cam and Kate Venables on their wedding day in February 1998

I was a trained high school teacher, but life in PNG changed me, planting seeds that pushed me into the community sector, although it took a few years back in Australia to work it out – firstly in Rockhampton as a relationship educator with Centacare (working with engaged couples, supporting stressed parents, and with inmates in Etna Creek Correctional Centre) and later when we moved to Toowoomba when I took up the role of Business Manager of CatholicCare in 2014. It quickly felt like home and thanks to my new job and the most amazing church community at St Bart’s.

There’s something intangible about Toowoomba and the way so many different parts of our town seem to get involved in supporting people when they’re doing it tough. It’s not just agencies that get paid to do the work, but churches, volunteer groups and individuals who all pitch in. Another seed which was planted in PNG for me was about partnering with other people, places and organisations! In PNG we had to work with everyone else because there was literally no money and no resources, and so we had to share. In Toowoomba, other things drive our connections. Part of it for me is that I am not an expert at everything, so I’m always looking for some great ideas to help other people – but it’s a bit of a no-brainer that the work we do together is generally going to be better than apart. Partnering happens across so many different sectors with business and health and education and government and church. So I want to say thank you to all of the members of our Toowoomba community for all that they are doing for others and I recognise that the seeds of kindness and compassion and generosity you plant in the community now will bear amazing fruit one day in the future. 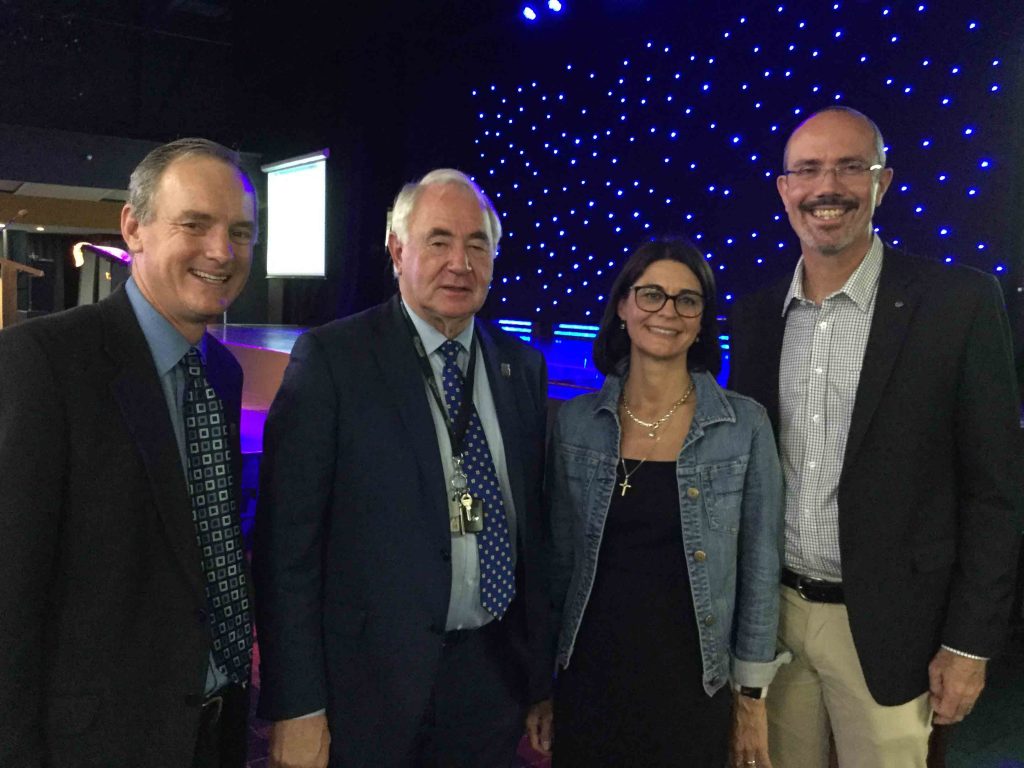 Life in Papua New Guinea provided my family and I with many gifts – everything about the landscape and the community in which we lived and worked, but especially the people who formed the broad community and our own closer integrated community – most notably a broader understanding of who is part of your family – whom you call ‘uncle’ and ‘aunt’, ‘Mum’ and’ Dad’, ‘grandparent’ (‘bubus’) and ‘grandchildren’. 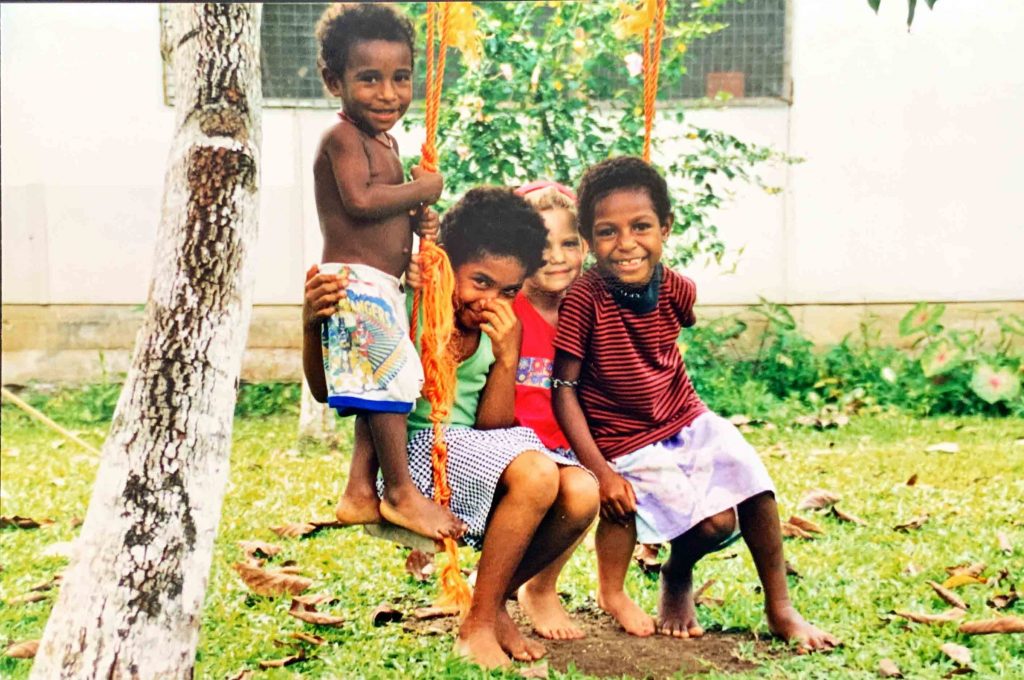 Gabby and her young friends and neighbours in PNG in 1998

Of course that broader understanding of family is also part of Aboriginal culture – and it has been a privilege for both Kate and I to have lived and worked on Yagera country in Brisbane, Bundjalung country in Lismore, Darumbal country in Rockhampton and Jarowair and Giabal country in Toowoomba, while our work out west takes us to Bidjara and Mithica country. That same broad understanding of family is also part of the culture for many who have come to Australian communities on humanitarian visas – refugees escaping violence and persecution in the Democratic Republic of Congo, South Sudan, Afghanistan, Mynamar, Sri Lanka, and Syria. Over the years in Rockhampton and in Toowoomba, some of these people have become family friends – and some have simply become part of our family.

As we share life together, the story of others becomes part of our story, and our story becomes part of theirs. We want similar things for each other’s children – to get an education, to find work that will pay the bills – even meaningful work – and to be partnered well. We also want the communities we live in to be safe places – places in which all people can flourish…for my daughters, and your daughters – no matter what language we speak, this is a real issue. 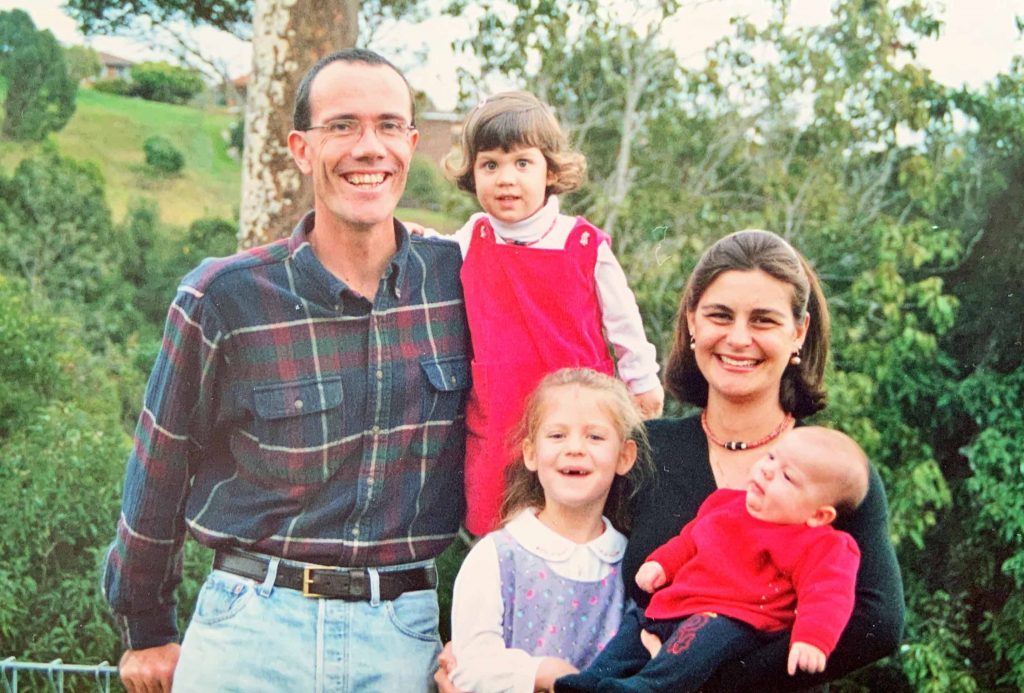 The Venables family in their new home in Lismore (L-R): Cam, Emily, Gabby, Kate and Jack

When 23-year-old Eurydice Dixon was murdered on her way home from a night out in Melbourne with friends last year, I think all of us were shocked. And yet she was not the first young woman to lose her life in this way, and other young women have been killed in Australia since then.

So, all of us who have daughters, sisters, aunts, and mums – know that there’s something significant that needs to be addressed in our community and an aspect of our culture that needs to be transformed. And, I’m very thankful for those organisations and individuals who give this work priority in Toowoomba.

I wrote a song in memory of Eurydice, and I’ll share it with you as a reminder that violence against women affects all of us, and we all have a part to play in changing the culture.

(Words and Lyrics by Cameron Venables)

She was thoughtful, she was funny, so we’re feeling overcome.

Coz a lovely girl in Melbourne, with a Greek inspired name

Has been murdered on her way home, and it’s such a bloody shame.

Well we’re called the ‘Lucky Country’, and we talk about ‘Fair Go!’

But, there’s stuff we try to hide away, pretend not to know…

Like the lovely girl in Melbourne, with the Greek inspired name…

Who was murdered on her way home, it is such a bloody shame.

We lay flowers in memory, we weep tears and grieve…

That there is a better way, we work for and believe…

Every woman is my sister, put it in curriculum:

So that every girl, in every place, can be safe on their way home

Because…every man, and every boy;

Every man, and every boy:

Every man, and every boy…

Should respect every woman…

As members of a community we should ask ourselves important questions: ‘What can we do for others?’ Where might that motivation to care, that passion to make a difference, and that clear sense of purpose come from? For me, I think faith in God gives this – for it offers a way of understanding the world in which everything is connected – everything is related.

We are fortunate to live in Toowoomba – the ‘city of churches’, the ‘city on a hill’. Christian leaders from other regions often remark on the significant level of friendship between Christian leaders in Toowoomba that is not always present in other places. The Christian Leaders Network brings us together each week for prayer, encouragement, planning, and coffee.  The Heads of Churches meet monthly for breakfast and prayer, as well as working to coordinate ecumenical pastoral care in hospitals and nursing homes, while the Interfaith Working Group each month brings together representatives from Christian, Buddhist, Muslim, Jewish, Sikh, Bahai, Hindu, and Sufi communities – for discussion, and an annual program of activities that seeks to build mutual respect and understanding in the wider community.

Kate and I are thankful for those who sowed seeds of faith in our lives when we were young, those who nurtured us along the way, and those who continue to nurture us. But I think the responsibility of being hope-bringers, love-givers, and bearers of good news is ours – guided by God. You and I together – all of Toowoomba together – all of humanity together. 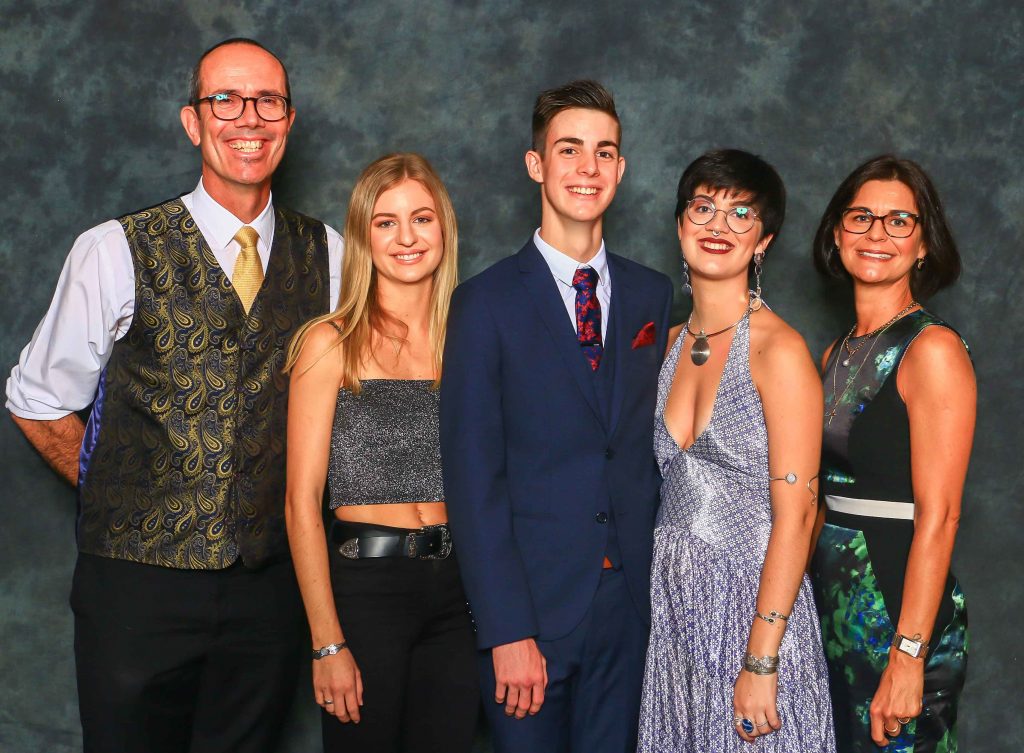